Writer and photographer Chris Patmore is brave enough to admit that he's never heard of The bloody Futureheads... and then says what we've all been thinking for the past 20 years. 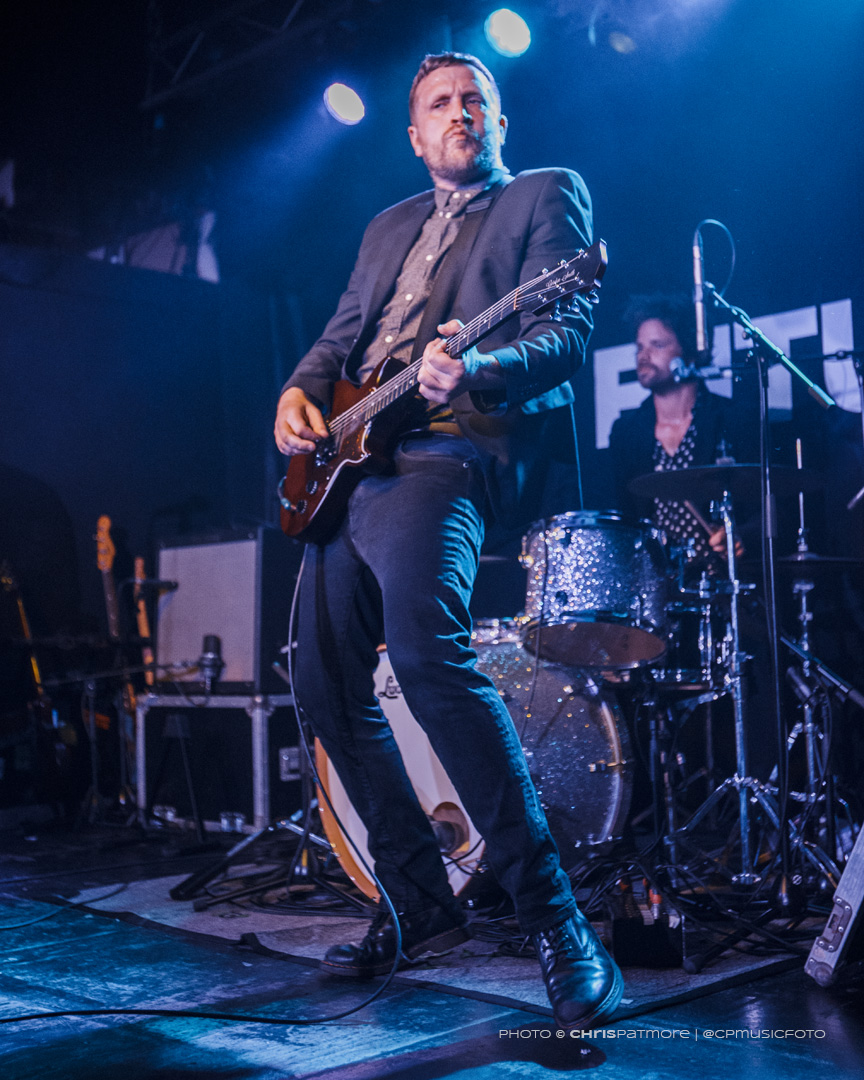 Writer and photographer Chris Patmore is brave enough to admit that he's never heard of The bloody Futureheads... and then says what we've all been thinking for the past 20 years.

One of the great things about being a gig photographer, and occasional reviewer, is I often get to see bands that I've never seen or heard of before, which was the case with The Futureheads at their sold-out gig at The Garage in London.

Being sold out, that clearly put me in a minority of people in the room who were unfamiliar with the band's music. In fact, a large majority of the bands I see are unknown to me, and to most people for that matter if the lack of audience is any indication, but it never deters me. Sure I go to the occasional concert and festival with "big name" artists, but they are few and far between. The main reason is the cost of the tickets and the distance from the stage. I would much rather go to see a new band in a small venue.

I was walking through the Tube the other night and there were posters everywhere for the latest release from Norwegian singer Aurora. I saw her first London show back in 2014 for free in a pub with maybe 50-100 other people, who were mostly Scandis already familiar with her music. I saw her again a year later with a slightly larger audience. Now she is a big star. There are plenty of other bands I've seen under similar circumstances. It's not even as if I'm an A&R man on the scout for the next big thing, it's just from a love of photographing live music and a curiosity that is fuelled by a lack of money, and a dislike of the restrictions put on photographers in bigger venues.

In a similar vein, I've never understood why people buy tickets for concerts and never turn up early to see the support bands. If you've forked out your hard-earneds to see live music why not get your money's worth? And that support band could be your new favourite band, and you could end up paying silly headliner prices to see them some time in the future.

Opening for The Futureheads was London quartet Novacub, whose music could be best described as pop rock, which is in no way to denigrate what they do. They have the right mix of great stage presence, good looks and catchy tunes that make them appealing to the less adventurous audiences that listen to Radio 1 and other commercial radio stations. They have support slots with Kaiser Chiefs and Ash coming up, so they are clearly doing something right, and already had some fans in the front row of the gradually growing crowd.

When The Futureheads hit the stage, they looked more like school teachers than post punk rockers. It turns out that two of them actually are teachers. But once they started playing they were definitely unleashing their inner punks. How much of that energy was a consequence of having to deal with students all day I have no idea but they were venting in a way
that was appreciated by an audience a lot more of their own age group.

Lacking the nostalgia value, coupled with the unfamiliarity of the material, after being kicked out of the pit after the first three songs I felt no real compunction to hang around, mostly because I tend to keep seeing great photos I can't take, which can be a bit distracting. Also I didn't want to be in the melee at the front when I had a bag full of camera gear, or at the
back where people were mostly drinking and talking. Something I've never understood is why people spend money on a gig then don't watch or listen to it without the need to jabber on about of something of no real importance that could easily wait until the journey home.

Even though I only caught a fraction of their set, I could see why they're attracting sell-out audiences on their current tour, but I won't be adding them to any of my playlists.