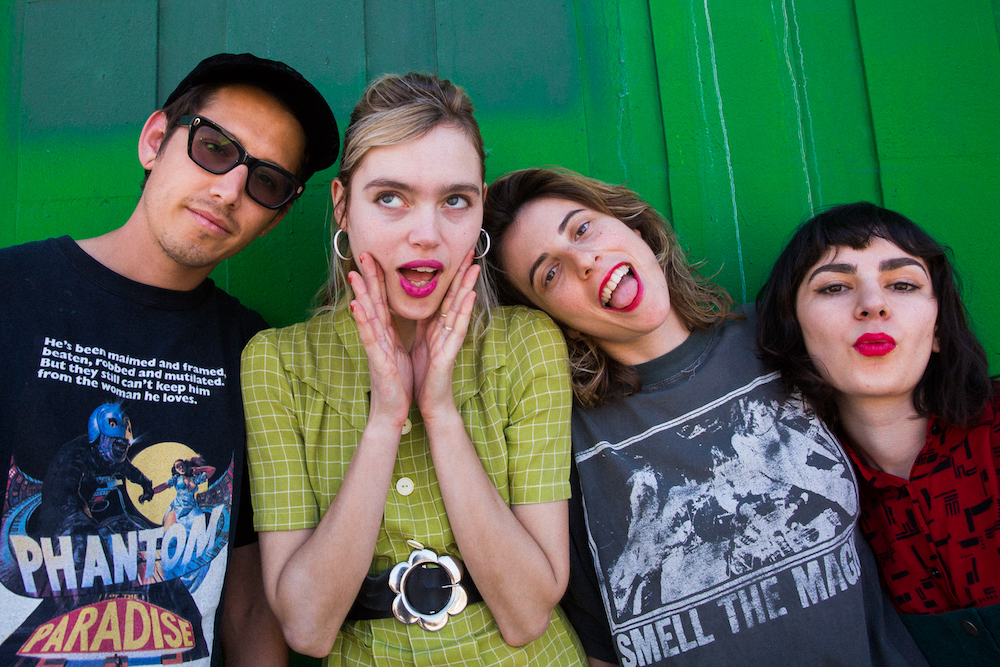 These LA-dwellers' debut album Carnage Bargain came out 13/09/19 on Suicide Squeeze, they wrapped up huge tours with Bleached, Tacocat and White Reaper last year, and they're already back out on the road throughout all of this month and next. So I guess that means we're not the only ones who can't get enough of The Paranoyds.

You'll find atonal, bare bones riffs and catchy melodies throughout the entire debut record. And it's those pop melodies, delivered with signature lacklustre, alongside factory beats and fuzz that makes everything you hear feel like a potential single. We've been told that UK dates are on the horizon, so if you're not currently able to chase them around North America, just bide your time.

‍RAW MEAT: Tell us about your local music scene; what’s your favourite local venue, are there any record labels or stores that we should look up, what’s the scene like where you're from?
LEXI: Our local music scene is honestly like a family. Everyone’s super supportive and crazy talented. We love playing at The Echo and Echoplex and you can’t go wrong with Amoeba records in Hollywood and Permanent Records.

Name one track or band that you love from the past.
'Beautiful Stranger' by Madonna.

‍Name one track or band that you're loving right now.
'Suddenly' by French Vanilla.

Name one track or band that you think we should be listening out for in the future.
‍Belly Belt.

‍What are you up to now?
‍We just finished a North American tour supporting Bleached, then a few days supporting White Reaper.

What can we expect from you next?
‍We’ll be on tour for most of 2020. We’re also working on new tunes!