We at Raw Meat, were very much fascinated with The Xcerts latest album, There Is Only You. It gained a very respectable 9/10. 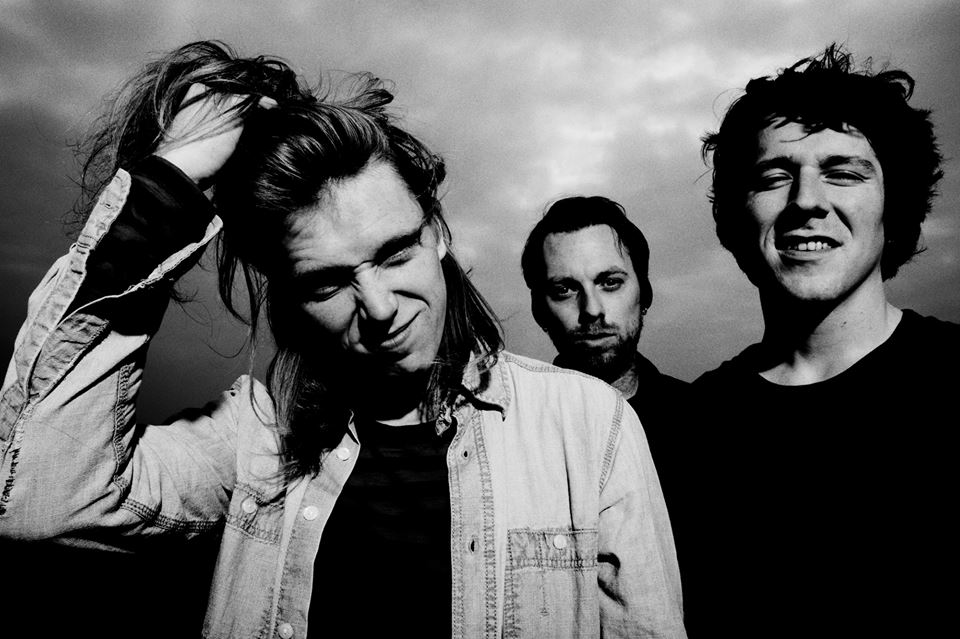 We at Raw Meat, were very much fascinated with The Xcerts latest album, There Is Only You. It gained a very respectable 9/10.

Could we expect the same from their UK tour All Summit No Plummet?  To answer that question on a cold Monday night in an even colder venue I caught the Aberdeen trio at their postponed Newcastle Date.

Two months prior to the 8th of December, The Xcerts were in the North East playing to a sold out two thousand capacity venue as support for fellow Scottish rockers Twin Atlantic and now they found themselves playing to around fifty people dressed head to toe in wintery clothing. It was an intimate gig, which was always going to be expected. The North East isn’t famous for turning out for bands but we’re quick to vent our anger out on Twitter when a certain band or artist announces a UK tour without a North East date. The reason for this will probably be because a lot of the North East will pay to go to a nightclub in which they pay extortionate prices to have a chance of meeting a member of Geordie Shore. And this is from a city that brought you The Animals and Maximo Park.

Getting back onto the gig, it took only three songs into their 14 song set list to prove to the crowd that they are one of the finest bands to come out of Scotland. They are rock at its purist, it is in your face, and it is loud but at times beautiful. There is no barrier, no security guards and no flashing lights. It is simply down to earth music brought to you from passionate musicians. It may have not been the gig everyone would have wanted to see, there wasn’t a mosh pit in site, but there was a mutual appreciation. Songs like ‘Gum’ and ‘Do You Feel Safe’ as well as latest single ‘Pop Song’ made me at times think, "F*ck why aren’t these guys playing to thousands every night?" They have all the potential to do so - in Murray Macleod they have a prolific frontman that can deliver a beautiful Scottish tone whilst screaming into a microphone. That said it is really hard not to sing along to The Xcerts songs whilst putting on your very best attempt at a Scottish accent. Song writing wise, guitars and harmonies play a vital part, but the element that really makes the songs stand out is The Xcerts ability to yield pop conventional choruses. ‘Live Like This’ is the perfect example, it is fast and ferocious yet its repetitive pop styled chorus, "You don’t have to live like this"  gave the audience a chance to sing along. It doesn’t half sound like ‘Torn’ by Natalie Imbruglia though. Trust me.

Ironically, there was a part of the night where the gig took a turn on the softer side. Originally Murray Macleod aimed to plug his acoustic guitar into his amp, and belt out the soft acoustic song ‘Aberdeen 1987’ whilst singing into a microphone. But with a quick scan around the room he said, "There isn’t any point". He made the right decision in not using an amp or a microphone. Using just his voice and an acoustic guitar, probably the way the song was written, was one of the greatest moments I have ever experienced at a gig. It felt personal and created a real connection with everyone there - for me, the moment enforced the meaning of live music. The song itself is an emotional one about the band's home town Aberdeen.

The night finished on ‘Shaking In The Water’ and ‘Slackerpop’ two stand out songs that ended an excellent gig. These two songs justify any compliments the band receive; in ‘Slackerpop’ you have a well-known, critically acclaimed song, released four years ago; whilst ‘Shaking in The water’ is from the band’s new album and shows they're still at the top of their game.

After a friendly chat with the bands bassist, Jordan Smith, which included a tip to listen to White Denim, The Xcerts proved that this was a reason to keep braving the winter nights for live music. To refer to my fellow Raw Meat writer, "everyone needs to get their teeth into The Xcerts".