Extraterrestrial easy-listening: the debut album we’ve been waiting for from Trudy and the Romance. 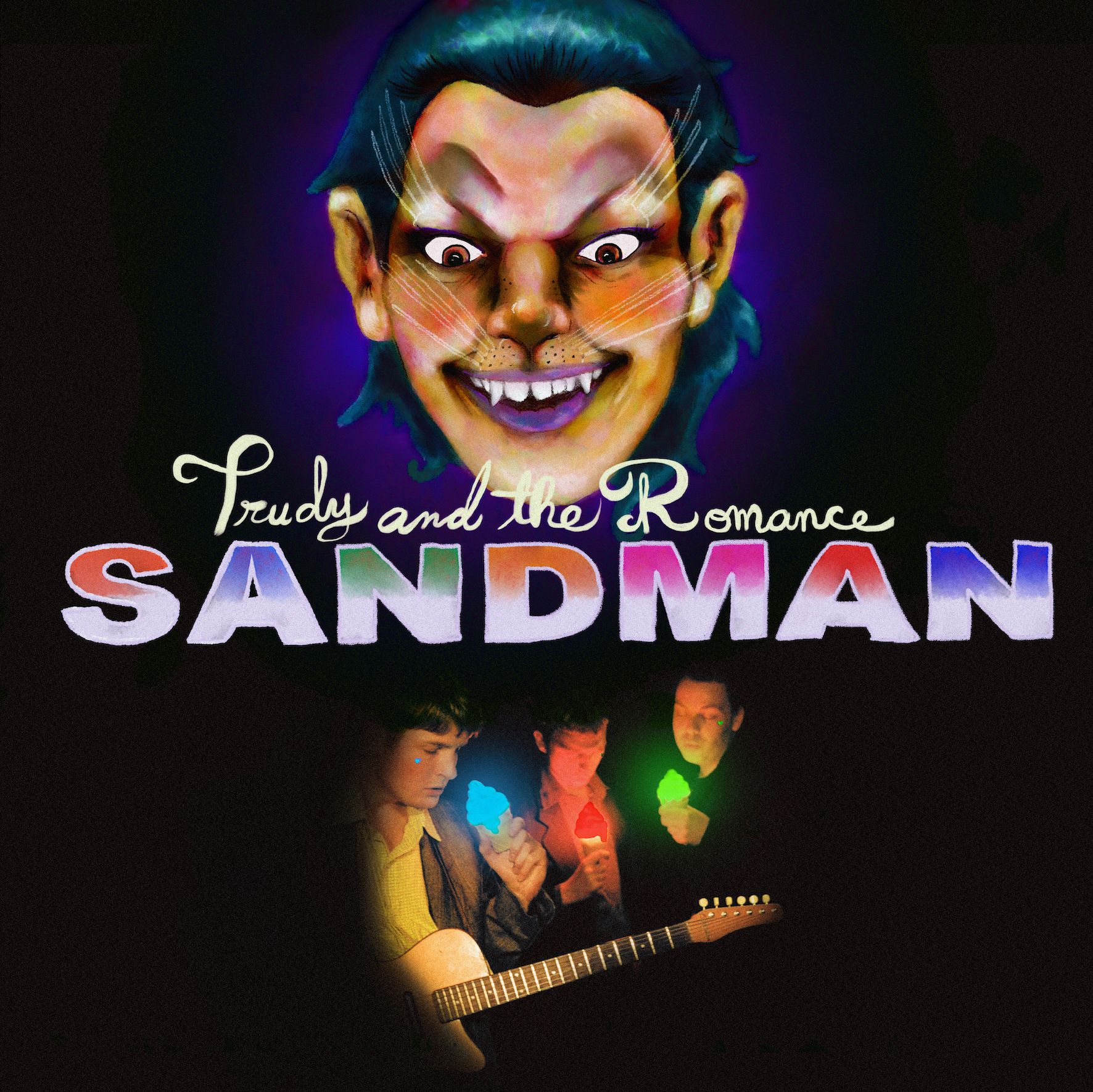 Extraterrestrial easy-listening: the debut album we’ve been waiting for from Trudy and the Romance.

Having teased their fans with a few recent singles, the complete release is finally here. Sandman is twelve tracks of Liverpool-based Trudy and the Romance's speciality hazy, nostalgic blend.

Essentially, Sandman is a concept album; the tracks follow the turbulent love between Little Johnny, the original doo-wop spaceman, and his darling, Sweet Emma. You’d be forgiven for having these ideas pass you by - even frontman Olly Taylor admits the theme is woven in rather subtly. However, in many ways it is refreshing to see an album avoid the cliched blatancy of a concept that's more common in the field than not. The creativity and originality is there in such a way that can still be applied on a personal level to the listener.

Eponymous track ‘Sandman’ is an instant standout. With bounding energy and Taylor’s trademark dreamy vocals, it’s a rush of intense emotion and euphoria.

Toe-tapping single ‘Doghouse’ also makes a welcome appearance. Twinkling riffs and a reworked fifties vibe put Trudy and the Romance onto another winner. Read our thoughts on other pre-released single and penultimate track ‘The Original Doo-Wop Spaceman’ here.

‘That’s Not Me’ (not a Skepta cover) will have you swooning and blue in all its delicate thoughtfulness. Trudy and the Romance have a particular talent for channelling the unadulterated intensity of heartbreak through their tender tracks. ‘Midnight’s Blue Girl’ is another brooding, jangly amalgamation of the band’s brilliant sensitivity.‍

Sandman is an other-worldly juxtaposition of exuberance and melancholy. Its release on 24/05/19 comes just in time as it will no doubt be a fitting soundtrack to lazing around over the forthcoming summer nights (accompanying astronaut attire optional).

Watch the spacemen come to life at any of their upcoming tour dates.