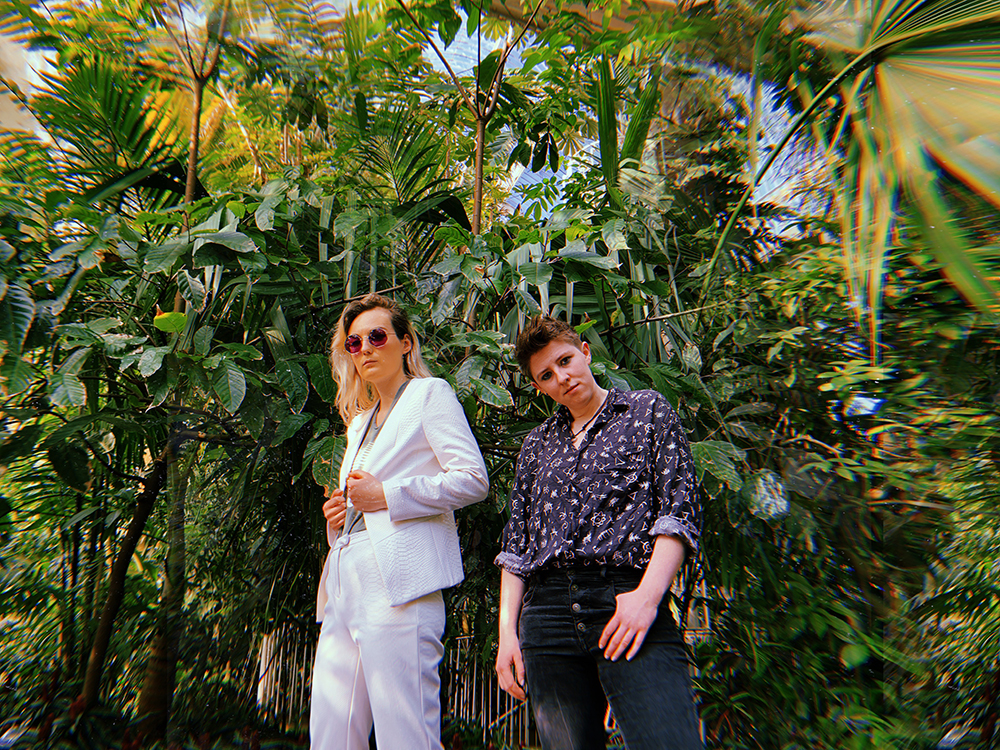 WAHL write intensely personal and vulnerable songs that pack a PJ Harvey punch. And, having had our ears on them for more than a little while, we caught up with them ahead of their upcoming single release next month.

RAW MEAT: Tell us about your local music scene; what’s your favourite local venue, are there any record labels or stores that we should look up, what’s the scene like where you're from?
Kayleigh (drums): The Windmill in Brixton is our second home - we live up the road from it and we love to play there because we are always guaranteed an attentive crowd and great live sound. Consistency is so important when testing out your live set and it’s a rarity to find a venue that really understands this part of a band’s process and encourage it without the usual PR, ticket sales and ‘no other gigs within a month’ expectations of a usual venue. That kind of support is invaluable these days. Tim you are a legend and we love you.
Rachel (guitar/ vox): I also love The Windmill because of the community and atmosphere they cultivate. They hold up London's music scene on a pedestal and for me are such a lynchpin in the live scene. The sound is phenomenal too, they just get it all right. The Social is another great venue, a real hub of high-quality live music and a pleasure to play there. As for stores, Lion + Coffee in Hackney is amazing. Coffee is great, record selection is great... a perfect mix.‍

Name one track or band that you love from the past.
R: That's tough, but let's go for 'Last Great American Whale' by Lou Reed. Anything by him blows me away, but that whole album is so good. Or absolutely everything by Buddy Holly.
K: My entire vinyl collection is essentially a ‘Dad’s driving rock’ compilation (!) so it’s hard for me to whittle down to just one track or band from past eras. Top three artists though - Springsteen, Eurythmics, Bowie.‍

Name one track or band that you're loving right now.
R: One band I love right now are Crewel Intentions. They have a track called 'Youth In Overload' and it's so catchy I hear it in my head as soon as I read the title.
K: ‘Emily’ by Clean Cut Kid. Unintentionally stumbled across them at Liverpool Sound City festival and they just grabbed me. Fresh sonics but familiar classic songwriting, like a 2019 Fleetwood Mac. Been rinsing their latest album Painwave ever since!‍

Name one track or band that you think we should be listening out for in the future.
R: Alan Power. See him live and it will blow your mind. His voice and his songs are just perfect.
K: What Rachel said!‍

What are you up to now?
R: Right now, I'm at home drinking tea. But WAHL has got a new single coming out 26/07/19, it's called 'Always Gonna Be This Way' and was produced by Margo Broom. It's definitely a departure from our last two releases, but it's exciting to push the boundaries of what we can do as a duo.‍

What can we expect from you next?
R: We've got some great live dates booked for the year, including 26/06/19 with Italia 90 and 05/09/19 with Psyence and Roadkill Records. I could try to be funny and say something corny, but I'm not a very funny person if I try too hard. So let's just say we've got lots planned for the next year that we're really excited about sharing – because we actually do.