We sent Chris Patmore and his camera to see Leeds ladsladslads, Weirds before they head on tour with The Wytches next month and get egos. 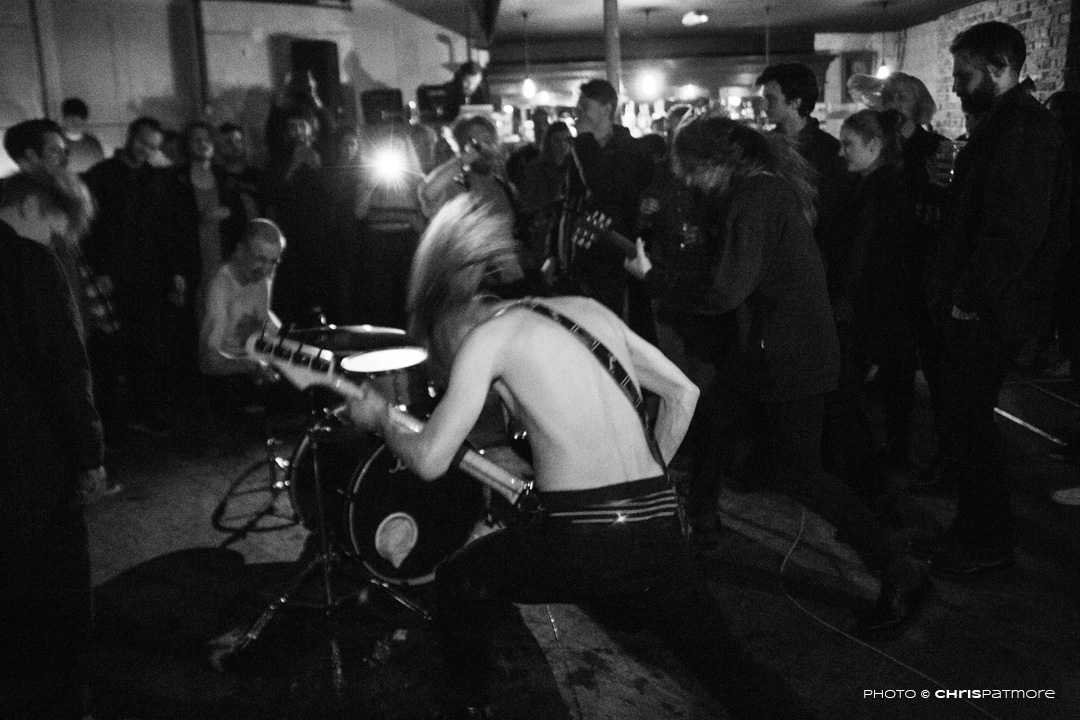 We sent Chris Patmore and his camera to see Leeds ladsladslads, Weirds before they head on tour with The Wytches next month and get egos.

I have something of a love-hate relationship with The Old Blue Last in Shoreditch. As a photographer, the lighting is generally, shall we say, challenging, but I usually manage to get some decent shots (and occasionally some great ones). This optical malaise is counterbalanced by the fact that there are often very good up-and-coming bands playing for free.

This was the case on Monday, when Weirds played the first of three London gigs as past of their current UK tour.

Opening the evening was Consuumer, yet another guitar and drums duo from Brighton. They played a loud and hard set, with the drummer giving the floor tom a new literal meaning.

London trio Horsefight, played their second gig at the venue in less than a week, and their version of psych/stoner rock just keeps getting better. Live, they have great stage presence to bolster their tight playing.

The band are currently running a Pledge Music campaign to fund their forthcoming album: donate here.

Headliners Weirds are a bit deceptive for the uninitiated. They start off with some gentle(ish) songs, with keyboards and powerful vocals leading the guitar riffs, along with some very polite intersong banter. But as the set progresses and the shirts start to come off, the music becomes more agitated.

Before long the singer is off the stage and in the audience, and on the bar. By the end of the set the rest of the band is dismantling the stage and dragging their instruments (drum kit and all) to join him. It got messy.

Their debut album, Swarmculture is out 12/05/17 on Alcopop! Records.