Summer is finally here and White Reaper are going to grab you by the ankles and drag you through it kicking and screaming, in a very good way. Out 24.06.14 on Polyvinyl Records. 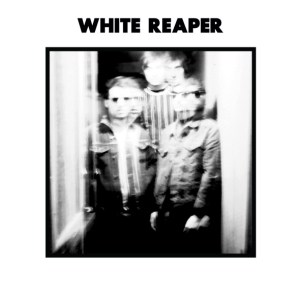 Summer is finally here and White Reaper are going to grab you by the ankles and drag you through it kicking and screaming, in a very good way. Out 24.06.14 on Polyvinyl Records.

White Reaper’s EP washes over you, it’s breakneck, punk-surf and it leaves you dripping wet and begging for more. With tracks like 'Cool' and 'Funn' offering a poppier punk vibe, but still feeling raw; wake up as Wavves' snarling brothers come to the join the beach party. While 'She Wants To' and 'Conspirator' are far more reminiscent of Jay Reatard and Mc5, a heavier, albeit less exciting, side, before culminating in final track 'Ohh (Yeah)' featuring an intro that screams The Clash before dropping back into what, by now, you expect from White Reaper.

At only six songs in length and with a couple being a little more than a minute long, White Reapers' EP ends as quickly as it begins. It’s ferocious, and along the way they barely put a foot out of place. The first three tracks will happily soundtrack Summer. 'Cool' opens with pounding, punk flavoured drums dressed in a distorted vocal that is retained throughout the EP. The production is tight, with that heavy punk essence, yet maintaining an air of space, giving the band a psych edge; relaxing you while it pins you to the wall. 'Funn' is precisely what it says on the tin; a vocal melody to dance in your head through to your feet, a catchy chorus, “We should settle down” singer Tony Esposito moans. It’s under your skin and the drums have a ramshackle edge adding that lo-fi tinge.

'Half Bad' is a clear example of what makes White Reaper special. Towards the end of the track it builds up and then drops into a sweet, heartfelt and entirely unexpected break. Possibly the softest part of the album, and it's magic. White Reaper could so easily stick to their basic formula and have a good record, yet every so often a small guitar fill is squeezed in, a dynamic break that changes an entire song half way through; things that sound unimpressive, but when you consider the pace of this EP and the length of the tracks - it’s fresh and that’s what makes this record.

Stand out track is 'Ohh (Yeah)', beginning with ska-esque keys, rattling drums and a bouncing bass line, it’s easy to forget you're listening to White Reaper as it brings a taste of the old school. Then it dives back into punk with Esposito snarling, “Oh yeah” after each couplet - it’s classic. The intro is a child dying to dive into a pool and the verse slaps you with his splash. Following the chorus the intro repeats with a vocal refrain and it’s the highlight of the album. The whole song is such a change from the other tracks, but it’s almost unnoticeable that it clocks in as easily the longest track. Throwing in a gorgeous double tracked guitar solo, it’s real, with depth and your ears will want the whole four minutes it offers.

An EP that doesn’t let up throughout; vigorous, gritty and maddeningly fun. Do yourself a favour this Summer - stick on this record, grab a drink and enjoy yourself; White Reaper clearly are.