Ahead of a string of their reputably raucous live shows, we asked White Room the questions that really matter. 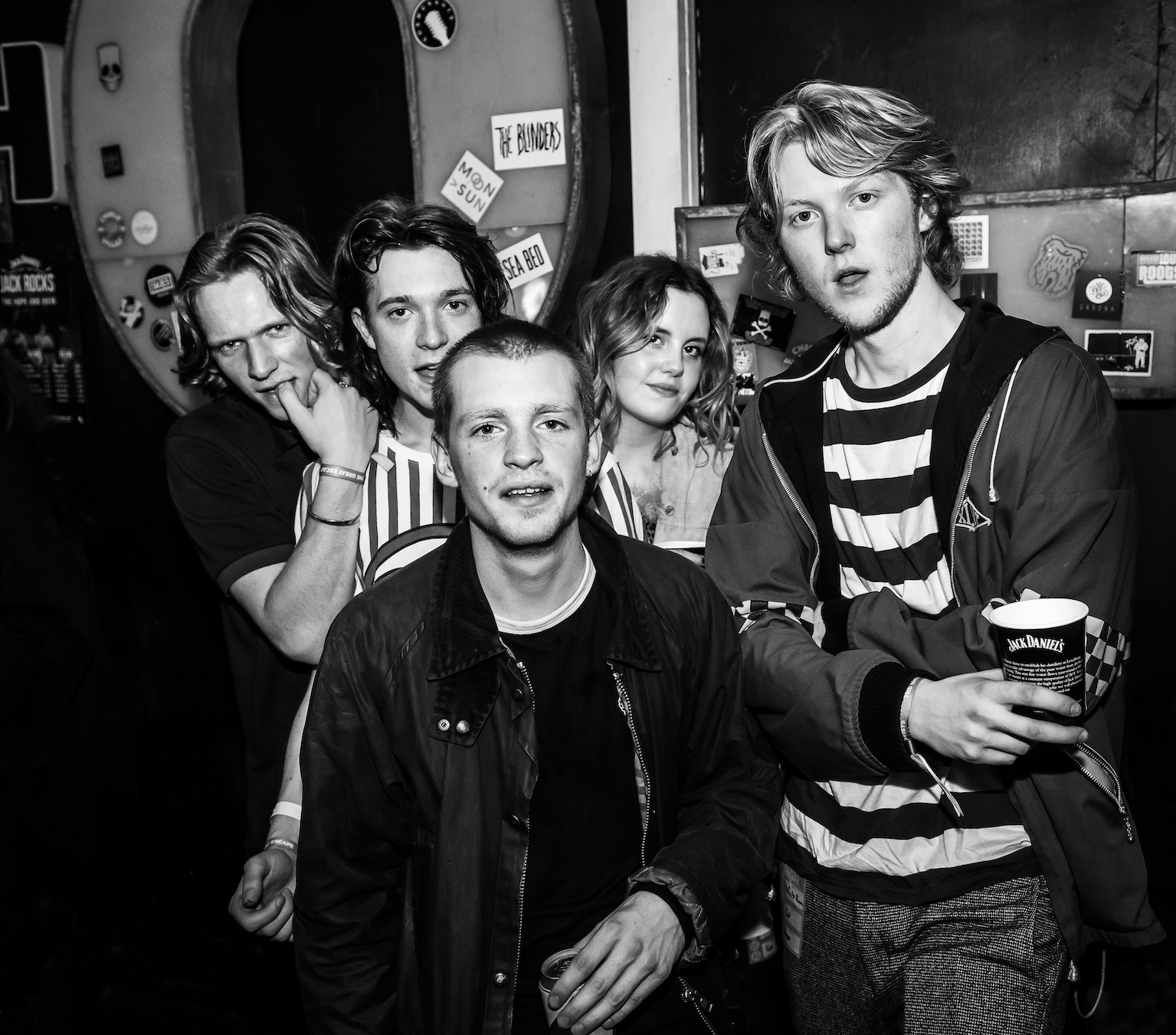 Ahead of a string of their reputably raucous live shows, we asked White Room the questions that really matter.

The Brighton-dwellers are out on their debut headline tour ahead of the release of their double EP Eight, out 1/12/17. As someone that's heard the mini-album, and someone that knows you so very well, you're going to love it. It's psychedelic without rambling, and devoid of any of the wide-eyed optimism that the original sixties freak-out had. They're grungier and grubbier than their heroes, and sound all the better for it.

To put White Room in a convoluted nutshell, they're are a sixties psychedelica-influenced nineties indie-pop outfit. There are riffs, but they're for the discerning listener to pick out of the swirling synth pond.

RAW MEAT: Tell us about your local music scene; what’s your favourite local venue, are there any record labels or stores that we should look up, what’s the scene like where you're from?
WR: I’d say my favourite venue to play would be The Hope & Ruin. For me it’s got the best sound out of the smaller venues in Brighton. Great bar too. The Dome, of course, is a real treat. One of the last shows I’ve seen there recently was War Paint, who were incredible to see in that environment. The intensity they could capture and the way they filled the stage was truly inspirational.
Plenty of nice record shops around, yeah. Wax Factor on Trafalgar Street is a great one to get lost in. Or if you’re looking for more contemporary/ classics, Vinyl Revolution or Resident are both excellent.

Name one track or band that you love from the past.
The Kinks - 'Susannah’s Still Alive'

Name one track or band that you're loving right now.
Sorority - 'Three Wheels'

Name one track or band that you think we should be listening out for in the future.
Barbudo, who are supporting us in London and Brighton (27th and 28th November). They’ve got a great sound. Kind of reminds me a bit of Chicano Batman.

What are you up to now?
Right now we’re getting ready for our debut UK headline tour. We’re going out to perform our latest project Eight in full. We’ll be on the road from the end of November starting with Brighton on 27th.

What can we expect from you next?
We’re constantly working on new material, so once Eight is all out, plans will move towards the next release project. Who knows what it might be. We’ll also be busy touring as much as possible throughout 2018.

You can see White Room tear it up at the below dates: