Hannah and Clara blew my tiny mind when I first saw them live. I jumped on them before they'd even left the stage and practically begged them to answer the ultimate questions... 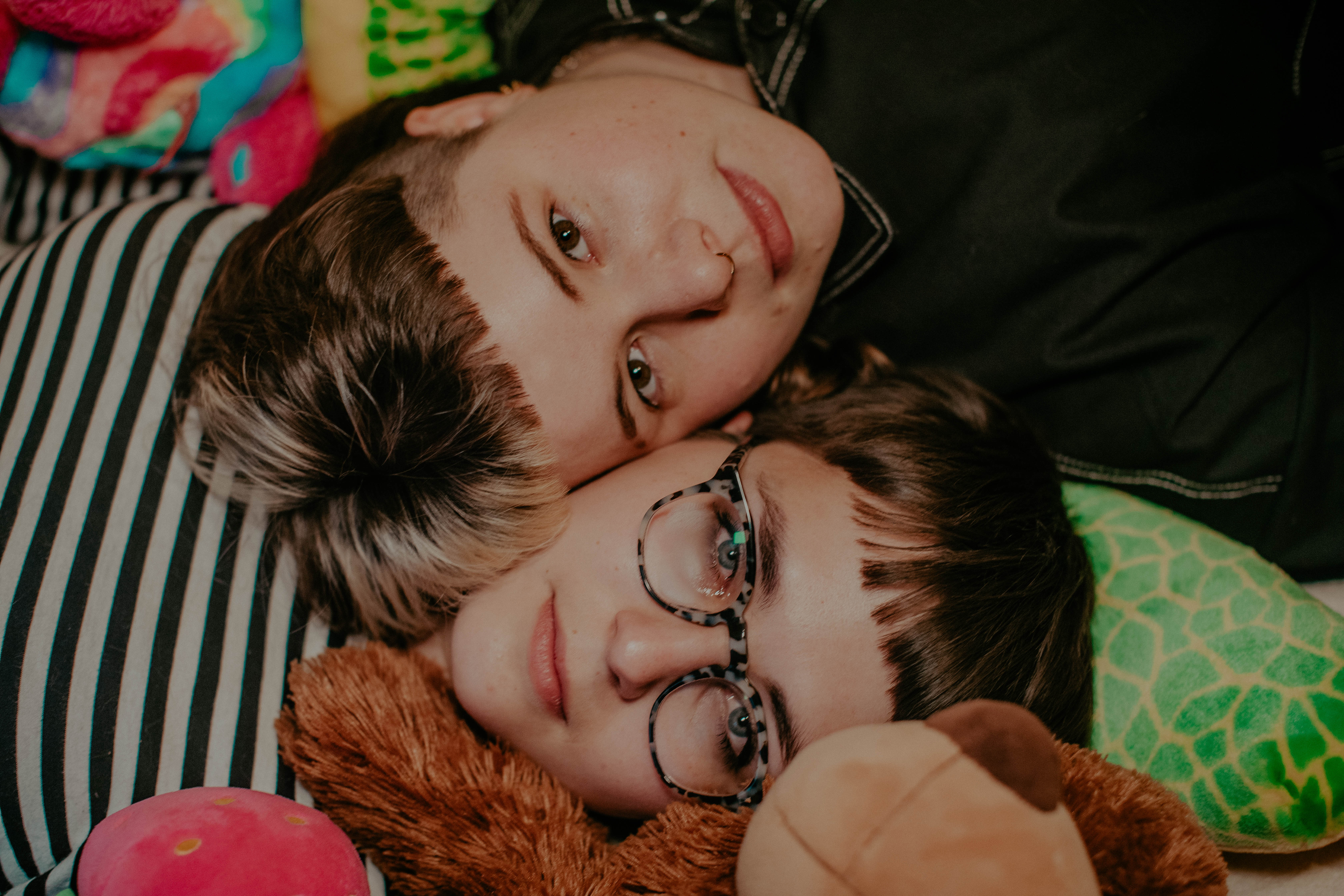 Hannah and Clara blew my tiny mind when I first saw them live. I jumped on them before they'd even left the stage and practically begged them to answer the ultimate questions...

Labelling these two garage rock is almost a disservice. The sheer power of their melody-driven, country-tinged rock songs (and we mean fully formed, hook-line-and-sinker songs) will knock you off your stupid feet.

And things are very much on the up for ARXX. They released their debut EP last year, topping it off by supporting Dream Wife in Brighton. And this year they’ve already completed a headline tour of the UK and Europe, selling out venues in Brighton and London. Frankly, we're lucky to have been able to grab them at all. They're a force to be reckoned with.

RAW MEAT: Tell us about your local music scene; what’s your favourite local venue, are there any record labels or stores that we should look up, what’s the scene like where you're from?
ARXX: We’re both from really different places, Hannah from Wiltshire and Clara from Dubai, where there was little to no music scene. We both live in Brighton and it’s insane how many opportunities there are for bands. The Brighton scene really feels like it’s hotting up, with bands like Dream Wife, Our Girl, Yonaka, and Penelope Isles, so it’s a really exciting place to be. Our fave venues to play are Hope and Ruin, Green Door Store, and of course Concorde 2.

Name one track or band that you love from the past.
‍Hannah: Kate Nash, the Made of Bricks album.
Clara: Avril Lavigne’s entire back catalogue.

Name one track or band that you're loving right now.
‍Partner - 'Fun for Everyone (Minions)' 🤘 It’s a banger!

Name one track or band that you think we should be listening out for in the future.
‍If you’re not already, listen to Yonaka’s debut album. They’re one of the best new bands we’ve heard in a while, incredible live, and they’re real sweethearts!

What are you up to now?
‍Right now we’re travelling to play a show in London, so we’re eating snacks and singing Katy Perry. Our new single ‘Iron Lung’ just came out, so we’re busy launching that baby into the world, and we’re writing new tunes.

What can we expect from you next?
‍More new music, more touring, a new single in August, and new merch. It’s all happening.