What the hell kind of band has a documentary made about them before their debut album is even out? Politically enraged and youthfully hopeful, Cassels. That's fucking what. 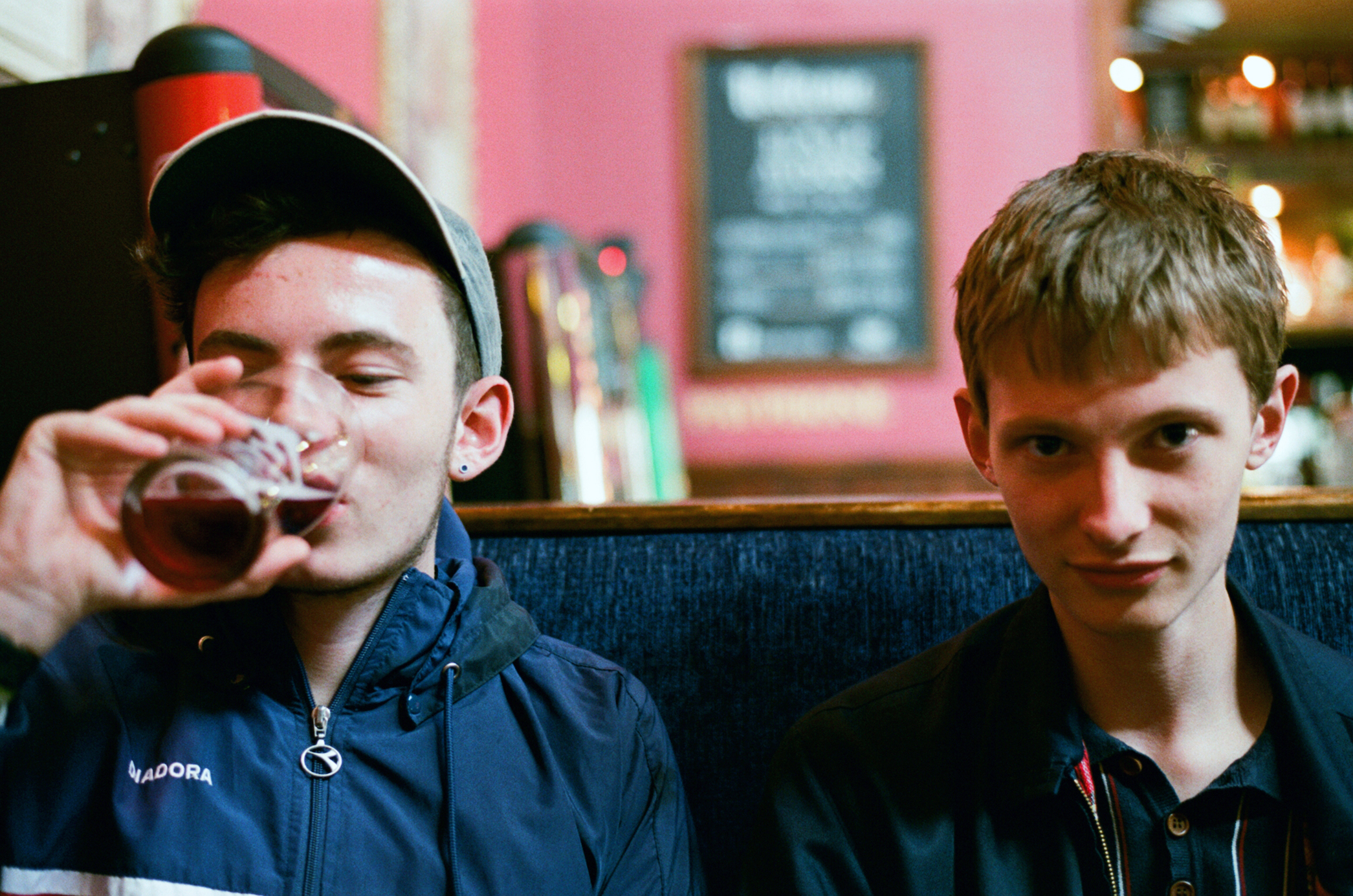 What the hell kind of band has a documentary made about them before their debut album is even out? Politically enraged and youthfully hopeful, Cassels. That's fucking what.

Cassels debut album Epithet is where the Joseph Prendergast-worshipping math-art-punk of my youth has ended up, and it's fantastic.

The lyrics are a rolling stream of turmoil, the riffs aren't any calmer, and the drums beats have taken punk speed runs and put them through an alt-rock private education. It's all a bit 'clever', but doesn't suffer for it. To be honest I could have stopped at 'fantastic'.

Cassels is the work of two brothers, Loz and Jim Beck. Answers are from Loz.

RAW MEAT: Tell us about your local music scene; what’s your favourite local venue, are there any record labels or stores that we should look up, what’s the scene like where you're from?
LB: There hasn't been much of a 'scene' to speak of in Oxford since the mid-noughties indie boom to be honest, when bands like Foals, Jonquil, Young Knives and that whole Blessing Force thing (was it ever really a thing?) happened. On the upside, because it's such a small place and there isn't a great deal going on, I think it's easy to stick out from the crowd if your music is half decent. There's always brilliant support from people whenever we play a hometown show, and there's a good tight-knit community who you see regularly at gigs around the city.
In terms of a favourite venue, I've always loved the Library on Cowley Road. It's a tiny little pub with a DIY venue in the cellar which can probably hold about 40 people at a push. I've been to some great free shows there which are held fortnightly by an ace promoter called Smash Disco. It's pretty much Oxford's mecca if you're into DIY punk/ emo/ hardcore. We played there a couple of years back for an EP release show and boy was it sweaty. In terms of local record labels, Big Scary Monsters of course!

Name one track or band that you love from the past.
Bit of a big question that. I suppose Modest Mouse are probably up there as one of my favourite bands. They've written one of my favourite albums ever (The Lonesome Crowded West), which has possibly my favourite song ever ('Trailer Trash') on it. And Jeremiah Green is a boss drummer. His style of drumming has sort of inspired me I guess, and from listening to them so much I've subconsciously (purposely) adopted (nicked) the rim shots and tom rolls and stuff which he always does.

Name one track or band that you're loving right now.
We're both crazy in love with the new Pile album at the moment. It was definitely a grower for me, it’s a lot quieter than their other stuff, but now I can't stop listening it. Jim saw them play the other week with Kagoule and Doe (who are also flipping great) while I was on holiday, and won't stop going on about how fucking good they were, the dick. Best tune on the album for me is 'Texas'.

Name one track or band that you think we should be listening out for in the future.
Rocky O'Reilly, the producer who recorded our debut album, told us to check out a local Belfast band called Robocobra Quartet, who sound a bit like a La Dispute/ Girl Band hybrid (two more bands we also friggin love) but with added saxophone. I wanna describe them as jazz-punk, which sounds wanky as fuck, but I assure you they're great.

What are you up to now?
Good question, you've literally caught us at our busiest ever so there's a lot to plug... We recently released two singles from our debut album 'Epithet', called 'Coup' and 'Let' (which combines to spell 'couplet'. Clever, I know...), we've got a couple of release shows coming up for that in October, and we're going to be supporting Single Mothers on their UK tour in November which we're SO stoked for - they're one of our favourite bands. On top of that we should be doing a screening of some description of the documentary Rod Huart made about us, called 'Is It Punk Music? A Year With Cassels'. Phew.

What can we expect from you next?
More touring, and platinum selling album now the record is out, obviously…

You can see Cassels supporting label mates, Single Mothers on their UK tour in November: