Cavalry are a Liverpudlian five-piece that prove that the word 'indie' hasn't quite lost all meaning just yet. 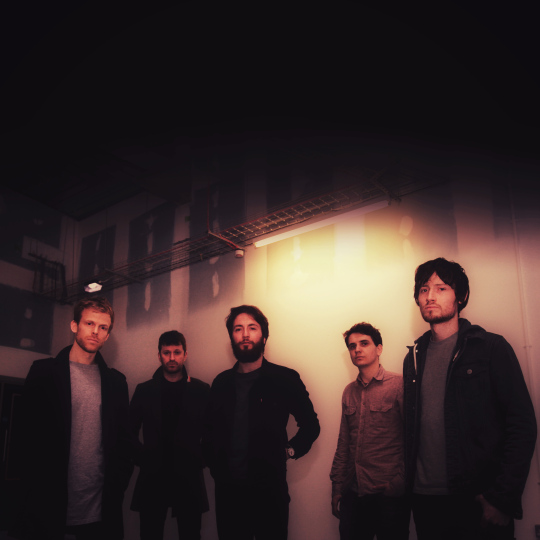 Cavalry are a Liverpudlian five-piece that prove that the word 'indie' hasn't quite lost all meaning just yet.

It's a rare thing to find an indie band that don't sound like a tribute act to the previous decade, but the relaxed sincerity in Calvary's singles remove the rose-tinted haze of nostalgia and replace it with a calm freshness; like tarmac after rain. Deceptively tender vocals glide over shallow ripples of guitars and war-torn drums in latest single, 'Lucerne', released last week on Fierce Panda, whereas previous single, 'Everything' could be something from Bruce Springsteen's vulnerable moments, played at half speed. We asked them to introduce themselves.

RAW MEAT: Tell us about your local music scene; what’s your favourite local venue, are there any record labels or stores that we should look up, what’s the scene like where you're from?
Cavalry: ‘Scene’ doesn’t really do justice to what’s happening in Liverpool – music is just woven into the fabric of the city and to be part of that is a privilege. There’s an incredible synergy between artists, promoters, bloggers, labels and everything in between that makes it easily one of the best platforms for emerging music.
It’s awesome to see so many unique venues vying for the throne left by The Kazimier. There’s amazing warehouse venues in the Baltic Triangle, new spaces being built in the North Dock, and new inner-city venues like Buyers Club making a claim.
Having two of the best inner-city festivals on your doorstep - FestEVOL and Liverpool Sound City -  is also pretty special.

Name one track or band that you love from the past.
'Children of the Ghetto' - The Real Thing.

Name one track or band that you're loving right now.
‘Heavy’, by Strange Collective. Lovely garage-psych from our mates.

Name one track or band that you think we should be listening out for in the future.
Keeping a firm ear on Feral Love...

What can we expect from you next?
We’ve just made our first official release on Fierce Panda, and we can’t wait to get more music out there. Expect some new stuff on the horizon very soon…