Chick Quest are from Vienna, they write high energy alternative pop that mixes Talking Heads with Art Brut. Their debut album, Vs. Galore is out now and it's inspirational stuff. 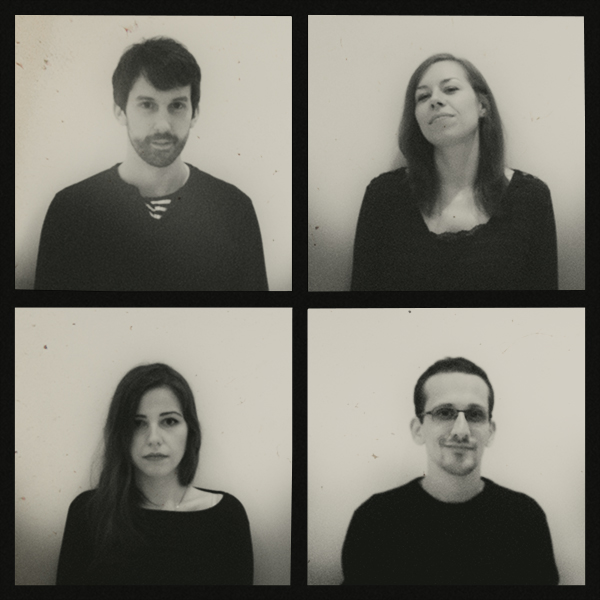 Chick Quest are from Vienna, they write high energy alternative pop that mixes Talking Heads with Art Brut. Their debut album, Vs. Galore is out now and it's inspirational stuff.

Answers are from by Ryan White (vox, guitar).

RAW MEAT: Tell us about your local music scene; what’s your favourite local venue, are there any record labels or stores we should look up, what’s the scene like where you’re from?
Chick Quest: This is a tough one... To me, Vienna’s an amazing (and often overlooked) city, and I think, on one hand, you can do what you want without feeling like a tiny fish in a big pond as you might in places like Brooklyn, London, or Berlin. It feels like a blank canvas to me and I love that. On the other hand, it’s far, far different than Athens, Georgia, USA - the music scene I cut my musical teeth on. There, if you’re a local band, it’s easy to get a show at a venue you want to play at, especially if it’s your first show, and there are three-band shows playing six nights a week at your favourite venue because everyone in the town is in a band. Here, there is not live music playing six nights a week at your favourite music venue, everyone seems to be a DJ, and you seem to have to know someone or something to get the show you want at the places you want to play, or expect to pay a lot to the venue. Thus, in my opinion, there doesn’t seem to be enough local support in Vienna for its bands. And although there is a lot of great talent, and people here do like to hear live music, I still have a hard time defining exactly what or where the scene is. But maybe that’s a good thing — perhaps the 'scene' is still forming into something and its current nebulosity provides a more fruitful springboard for the active bands playing in it that they might not get from a “bigger pond” kind of place.

Name one track/band that you love from the past.
Well I’m a huge Talking Heads fan, but they’re always a go-to answer for me with questions like these. So I will suggest a kind-of-similar band, Manicured Noise from 1978, Manchester; that was a huge influence on me when writing the songs for our new record. I found out about them last year while visiting friends in Belgrade (on the radio of all places!), and I was immediately hooked. I thought it was long-lost Talking Heads B-sides with a saxophone I somehow missed. The coincidental vocal doppelgänger comparisons between Steven Walsh and David Byrne are potshots, since both bands were doing their thing at the same time. And regardless, Manicured Noise is easily its own thing, and oh man, could this discovery not have come at a better time for me. 'Metronome', 'Faith', 'Payday' — god, the whole compilation is just all over the place and brilliant, even as it wanders off into ambient noise tracks towards the end. It’s a real shame you can’t even find a Wikipedia page on them, but there’s a nice PopMatters article from a few years back giving them rightful praise.

Name one track/band that you’re loving right now.
I have to shamelessly mention a friend’s band from Athens, Georgia: Kenosha Kid. They’re about to release their new record on March 3rd and I can’t wait. It’s very progressive jazz, and by that I mean it has all the usual canonical jazz suspects embedded somewhere in it like John Coltrane or Charlie Parker — just enough to label it jazz — but it doesn’t sound like your usual jazz band/ Berkley students rehashing same-old-same-old at your local fine dining restaurant. They remind me of Kid A era Radiohead at times with weird ambient stuff all over the place, mixed with something off of a eighties Saturday morning cartoon. And then you add some John Coltrane or Charlie Parker. It’s more like they’re just an instrumental band with elements of jazz than a band merely simplified by a “jazz” label. I don’t really know how to put it, but the music can fuck with my emotions and I don’t usually get that from contemporary jazz.

I know you asked for one artist, but I’m going to give you two because I really love this artist from Baltimore called Height. I guess he calls his project Height With Friends. I was visiting friends in DC last year and one of them had this record (Versus The Continental MC’s) playing in his car on loop non-stop. This particular record is old school hip hop/ rap but it sounds current to me at the same time. I hear the references he’s grabbing from— Grandmaster Flash, Sugar Hill Gang, etc— and it has this nostalgic eighties 9th grade, “Lemme show you my new moves out on the roller rink” kind of vibe, but at the same time, I totally get the sense that this guy isn’t merely ripping off some classics. The music’s got its own identity in lieu of its obvious references. I get this really awesome feeling when I listen to this guy’s music that sitting down with this dude to talk about music — any genre, the craft itself, whatever — would be like hanging out with Rick Rubin for one awesome afternoon. You know this dude can talk some music. And besides all that, the record’s just a really fucking great dance party record. You can pretty much press play and let it DJ your party for 30 minutes all on its own.

Name one track/band that you think we should listen out for in the future.
Well, the two mentioned above for starters. Then there’s a Hungarian... punk band(?) called Gustave Tiger. I don’t know what genre to label them as; I think punk writes them off too easily and unfairly. A friend in Vienna sent them our way, and at first glance it was ok, but then I found myself gladly letting the record loop three or four times in a row and I realised how great they sound!

What are you up to now?
We took a break to record and prepare the record’s release, and that (especially for a debut) is a big undertaking. I have some new songs brewing in my head and on paper, but mainly we’re just planning our Vienna release party on April 24th and booking shows for the summer. We currently don’t have the financial backing to get our album printed on vinyl, but that would be a really great checkpoint to hit. We’ve had some people ask us if it’s going to be printed but after you record it and promote it, it’s just hard to get the funds to immediately print it on your own, so we’re going digital-only while we test the waters with it. Hopefully it will happen this year.

What can we expect from you next?
Chick Quest need to play a tonne of shows, and I personally would like us to record again this year, but we’ll see. There are still good ideas left over from the last record, but I don’t want to feel boxed in like we have to put a trumpet on every song or record. As you may notice from the bands I cited above, I like a lot of things, and so does the rest of the band, and I think it’s only natural that this band starts to drift in some different directions someday. But one thing at a time, I suppose.