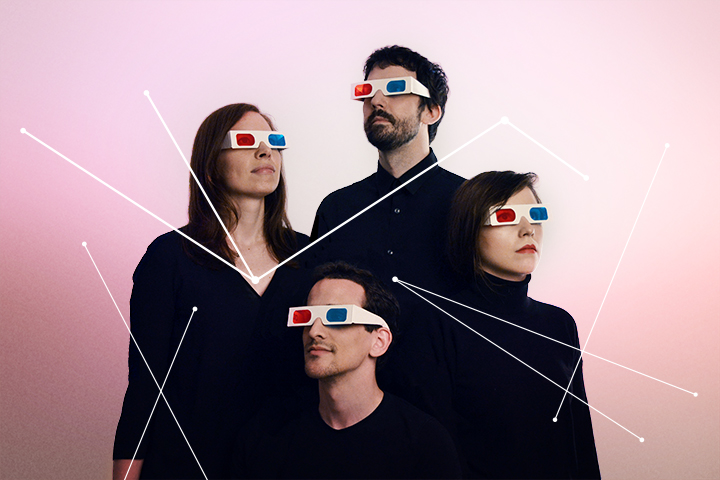 Seeing as Chick Quest have just released their new record Model View Controller, we thought it was about time we took a stroll down memory lane to see who they told us to keep an ear on all those months ago.

Interestingly the band didn't have a venue to shout-out in their local Vienna. Instead they put a call out to Vienna venues to open their doors a little wider. It's not a scene we've heard a huge amount about here at Raw Meat Towers, but if it's as Chick Quest said then the lack of a 'scene' gives the bands and DJs that do play there a lot more scope to be individual creatively.

When discussing their past inspirations, Chick Quest mentioned their obvious Talking Heads roots, but then kindly steered us towards their lesser known tonal cousins, Manicured Noise from Manchester circa 1978. The energy levels are crazy, with wild saxophones bouncing all over the place. You'll be hard pressed to find more than a few records (and we apologise for the crappy YouTube clip), but all of those few records are worth finding.

As soon as we asked about more current earworms things got really jazzy, really quickly. Kenosha Kid are friends of Chick Quest and are only jazz in a loose sense, with more of an instrumental rolling psychedelic feeling than what we would consider strictly 'jazz'. They tie together oddball atonal improvisation with funky basslines and occasional ambient rattles.

A second recommendation was sneakily snuck under the radar in the form of Height Keech, or Height With Friends. A rapper from Baltimore with a unique and nostalgic flow. He's actually releasing a brand new record next month called Mind Moves The Mountain. The production is almost Gil Scott Heron-esque in its funky basslines and cyclical phrasing. You can hear the first track shared from the new record here. It's stirring stuff.

At the time of interviewing, the band's ones to keep your peepers open for were a Hungarian art-goth-punk band called Gustave Tiger. We'd love to tell you what they've got coming up, but our Hungarian is rusty. We can tell you that they play a shuddering kind of goth garage that sticks to the sides of your skull. And their Instagram looks like they've had a fair few gigs this year already. If you speak Hungarian, please help.

Although towards the end of our last chat, the band acknowledged the inevitable creative drift that musicians go through, even drawing conclusions that they themselves will one day come apart. We're pleased to see that this hasn't happened just yet.

Thick basslines and swirling guitar mists rumble and whisp through Chick Quest's new record. They also combine hints of B-52 haphazard vocals and The Stranglers' playful aggression. It's catchy creepy and weirdly sexy. You're going to love it.