From the very first moments of Dalton's 'What Never Should End' we were hooked. 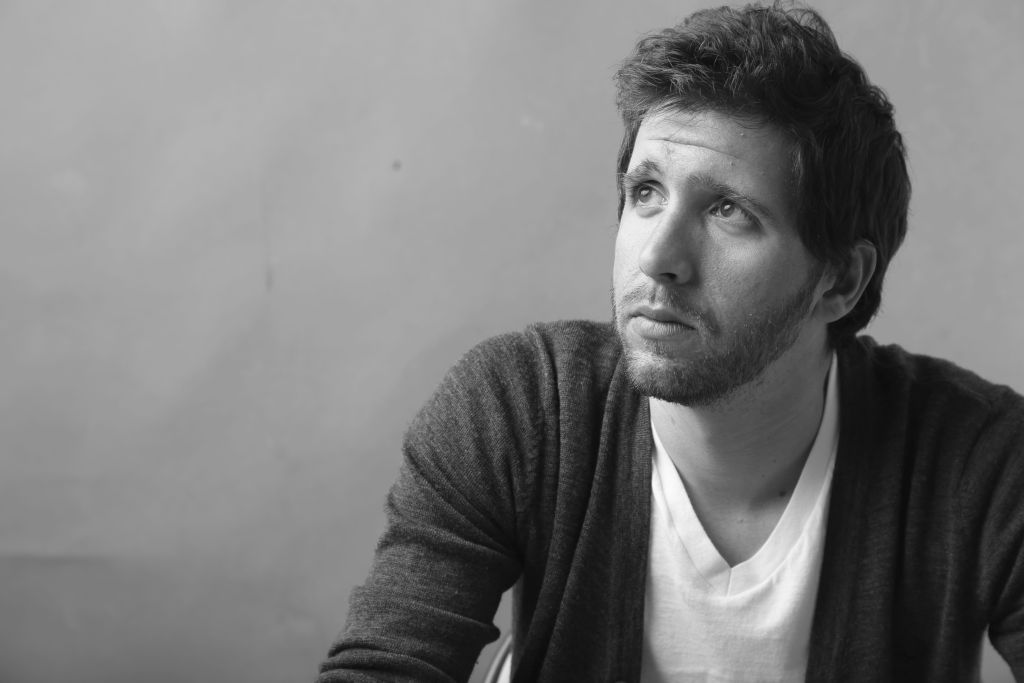 From the very first moments of Dalton's 'What Never Should End' we were hooked.

Dalton combines timeless fuzz with simple riffs and distant drums, and we can't wait to get our greasy paws on his self-titled debut album later this month (out 23/02/15 via Fierce Panda).

Nate Harar (Dalton) creates high-end lo-fi indie rock that worms its way into your consciousness. You can download his latest, more considered and chilled song, 'New Time' by clicking here, but why not listen to the crunchy 'What Never Should End' while you read?

Raw Meat: Tell us about your local music scene; what’s your favourite local venue, are there any record labels or stores we should look up, what’s the scene like where you’re from?
Dalton: I’m still fairly new to the Los Angeles area, having just moved out here from Brooklyn less than a year ago, but a lot of my favourite artists have come out of this scene. People like Ariel Pink, Devendra Banhart, Local Natives. I’ve also been lucky to play some really cool venues since I’ve been here. Legendary places like the House of Blues, the Viper Room and Hotel Cafe. One of my favourite places to check out bands is this small venue off Beverly Blvd called the Bootleg Theatre. It’s really intimate and the closest thing to the DIY Brooklyn scene I’ve come across yet. The Wiltern is a fantastic venue as well. I saw St. Vincent play there a couple months back and the show was absolutely killer. Another great thing about L.A. are its record stores. Everyone knows about Amoeba Music but smaller ones like Origami Vinyl, High-Fidelity Music and Vacation Vinyl should definitely be checked out as well.

Name one track or band that you love from the past.
So many to choose from, but I guess I have been listening to a lot of Talking Heads recently. My favourite song by them is ‘This Must Be the Place (Naive Melody)’ off Speaking In Tongues. But the album I always come back to is Fear of Music. It’s such an odd, dark record. Specifically the track ‘Animals’. Only David Byrne could write a song about how animals are lazy and dumb. But it’s absolutely brilliant. I could listen to the end section of that song on repeat all day long.

Name one track or band that you’re loving right now.
I really love Ariel Pink’s new album pom pom. I think he’s a genius. I’ve been a fan of his for years now and think everything he puts out is great. There’s really no one making music that sounds like him and he just seems to do what he wants. I saw him recently at the Regent Theatre (another cool LA venue) and he only played tracks off his new album. Pretty gutsy but it was wonderful.

Name one track or band that you think we should listening out for in the future.
I’ve been pretty obsessed with the song ‘Age Limits’ by Francis Lung for a while now. Francis Lung is the recording moniker of Tom McClung, former bass player for Wu Lyf. He’s been slowly releasing songs here and there over the past year. I assume a full-length LP is on the way but I don’t think anything’s been announced yet. Definitely something to keep your ear on.

What are you up to now?
Right now I’m just getting ready for the album to be released. I can’t tell you how excited I am for people to hear it. It’s been a long time coming. I’ll also be playing a bunch of shows in the future and hope to make it over to the UK for some gigs in the spring. I’ve never visited before and it’s always been a dream of mine.

What can we expect from you next?
Shows and shows. And hopefully a follow up album in the not too distant future. I’m already planning ahead.