FalseHeads make distorted, riffy alt rock. They sound a little early nineties and not just in a grunge way, but with lyrics and vocals reminiscent of snarling indie rockers, Space. 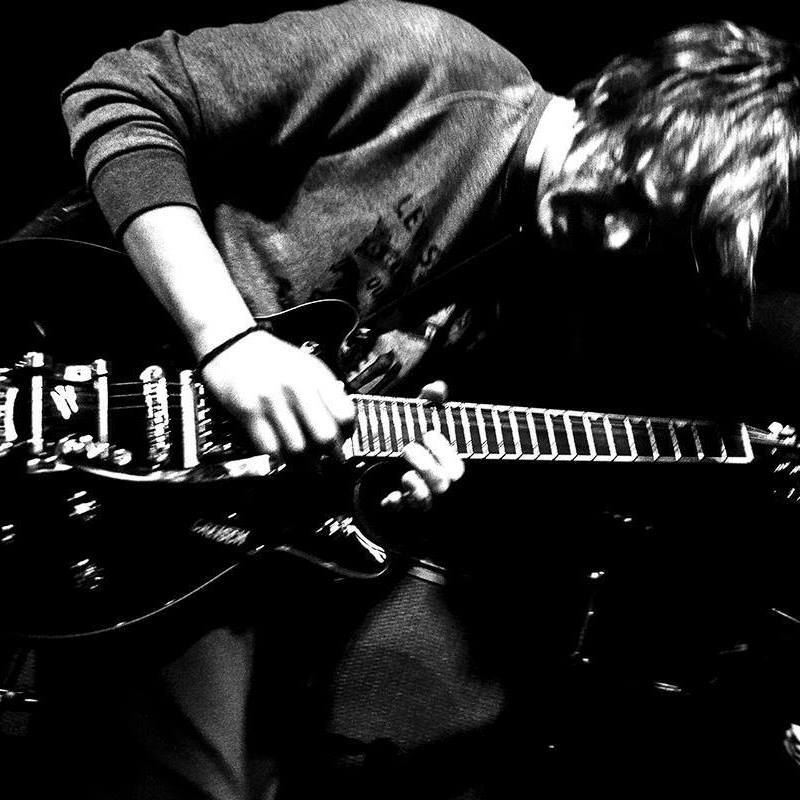 FalseHeads make distorted, riffy alt rock. They sound a little early nineties and not just in a grunge way, but with lyrics and vocals reminiscent of snarling indie rockers, Space.

They also benefit from each being fantastic musicians - their music will make you air drum, and what batter endorsement is there than that? Their four-track EP Wear and Tear is out 23.03.15 and it's pretty powerful stuff. They're high energy, high volume and we're big fans at Raw Meat.

Answers are from singer/ guitarist, Luke.

Raw Meat: Tell us about your local music scene; what’s your favourite local venue, are there any record labels or stores we should look up, what’s the scene like where you’re from?
FalseHeads' Luke: Well at the minute we live in our home town Upminster (I lived in West Sussex for three years at uni but that band fell apart so I decided to move back home and start it again with Jake and Dan) which is on the edge of Essex and East London. Essex doesn't have a music scene and to be honest I think the London music scene is kinda dead at the minute, or at the very least it's on a very long hiatus, so much fucking pay to play shit and promoters that couldn't give a fuck about you or what music you play. We've played Brighton quite a lot as I lived in Sussex and made contacts, I think Brighton has a better music scene over London. I mean we have had shit gigs in both Brighton and London (something you just have to get used to in an underground band) but overall I just feel Brighton has more of a scene or at least a group of people/ bands that are all into it together. It's unfortunate that we live so far away from there now so we can't really be a part of that growing scene there but we do play there as much as we can. Unfortunately both places are also suffering from venues closing all over the joint which is depressing.I honestly have no idea what my favourite venue is, probably Alleycat in Denmark street. We've only played there once but it was a really good atmosphere and it was a weeknight and it was busy. It seemed like people actually just seemed to go there and check out new bands, that's something that's definitely dying all over the country. We will have to go back soon.Well I'll plug our label Hi4Head Records! They've done good by us.

Name one track/ band that you love from the past.
Suede - 'Animal Nitrate'. I wouldn't say I love the band that much but I think that's the best tune to come out of the whole Britpop thing and it's got great lyrics. I love songs where it's melodic and people sing along but the subject matter is horrendously dark. And for some reason it was the first song to pop into my head.

Name one track/ band that you’re loving right now.
From a small/ local band, there's a band called Cereal from Brighton with a tune called 'Wasted and Worn' which I really like, but they've split up. I honestly can't remember the last time I heard a song on the radio in passing that I really liked, it's probably as far back as 'Shake Me Down' by Cage the Elephant, how long ago was that? Like 2011 or some shit. Actually, that Hozier tune has awesome lyrics actually. I can't stand religion so I thought the lyrics and the video are pretty spot on in terms of that subject matter.

Name one track/ band that you think we should listening out for in the future.
I know that naming one of the biggest bands of all time is definitely cheating but oh well, haha. I've heard Radiohead are starting a new album soon. They're one of my favourite bands of all time but I couldn't stand King of Limbs so I really hope the next album makes up for that drivel. I have to say I'm curious about the Libertines new album also. Pete Doherty is a great song-writer so I'd like to see what comes of it.

What are you up to now?
I'm not 100% sure if this a personal question or a band question. I'll cover both bases. Personally, I'm sitting in jogging bottoms about to watch an episode of the Walking Dead, pretty boring, sorry to disappoint. Band-wise, we're just going to be gigging and supporting the record Wear and Tear that's out on the 23.03.15 and attempting to get some buzz and exposure around it!

What can we expect from you next?
Well, our first single 'Wrap Up' just got premiered on Clash and is available to stream on our Soundcloud. The video for that should be out very soon and we're then going to be streaming two more singles off the EP in the next two months. Once that's all done, we will just write, record and repeat I guess. We've got a lot of ideas for new songs so we just gotta put them together. Thanks!

You can see FalseHeads live at the below dates: