Three of the sweetest faces we've ever seen hide garage vocals, indie pop riffs and shit loads of fun - none of which is nearly as sugar-coated as these 20-somethings might look. 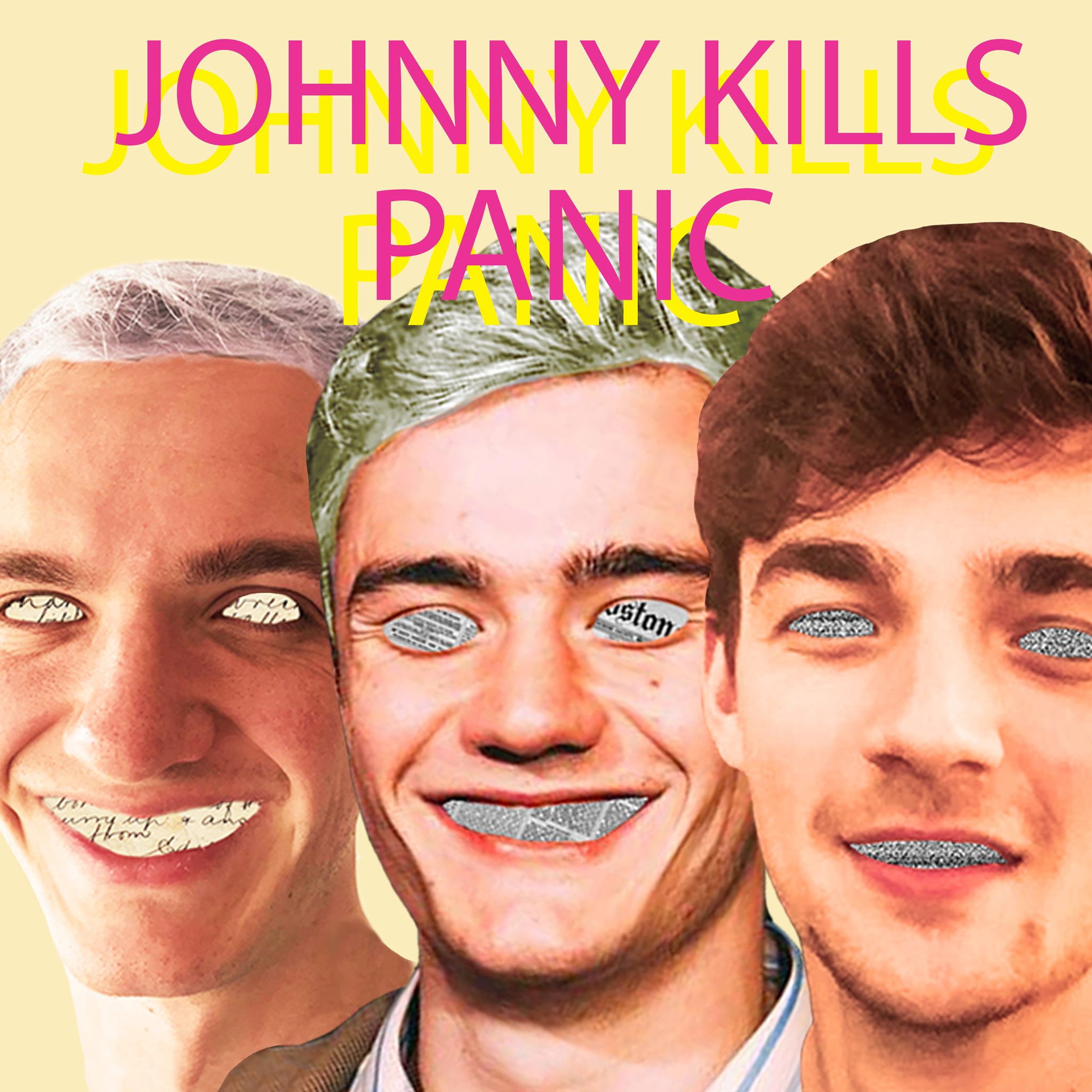 Three of the sweetest faces we've ever seen hide garage vocals, indie pop riffs and shit loads of fun - none of which is nearly as sugar-coated as these 20-somethings might look.

As the wonderfully fizzy Johnny Kills just released their debut EP Panic via Killing Moon Records, we thought it might be a good time to re-visit their answers to our all-important Fresh Flesh questions.

But before we get into it, Panic is a four-song mission statement of surfy power pop, as tight as a particularly snappy snare. There are so many hooks and earworms in such a short space of time that you'll be left reeling. It's a brilliant debut that's guaranteed to fill even the sourest listener with pure joy.

Answers are from Lewis, originally posted 2016.

RAW MEAT: Tell us about your local music scene; what’s your favourite local venue, are there any record labels or stores that we should look up, what’s the scene like where you're from?
Lewis: We divide our time between Brighton and London mainly, so we're really lucky in that there's loads going on in both. In terms of venues in the big smoke, places like The Lexington, 100 Club, Sebright Arms and The Victoria are some of the best small places. Managed to get to The Great Escape in Brighton for the first time this year too, which is a great way to experience loads of venues - The Haunt was particularly cool, and Komedia. Horatios is basically just like a Wetherspoon's on a pier so what's not to like about that?
The scene is great in Brighton too, with a few bands getting to that stage where they're really kicking on, guys like Black Honey or The Magic Gang who have just announced a massive show in London at Scala (another wicked venue). Also just heard Loa Loa for the first time last week and they are so scuzzy and rad.

Name one track or band that you love from the past.
Pavement - 'Cut Your Hair', swear down that hook is in my head like 24/7 and I love the lyrics and overall vibe - classic Malk.

Name one track or band that you're loving right now.
Can't stop listening to 'Breakfast' by Anteros at the moment, purfect indie-pop tune.

Name one track or band that you think we should be listening out for in the future.
EAT FAST - just listen to their Fenham Dreadlock EP, those guys are going places.

What are you up to now?
Relearning how to play all of our instruments so that we're ready for our debut show at The Hope and Ruin in Brighton on 03.09.16.

What can we expect from you next?
Putting out our debut single proper in the Autumn (well that's the plan), and try to play a few more shows around then too. There's also a music video for 'Maybe Next Year' which may surface at some point....