Leefest is essentially a party that got out of hand. To the extent that it is now a fully fledged, award-winning festival, but one that still feels like a massive party. 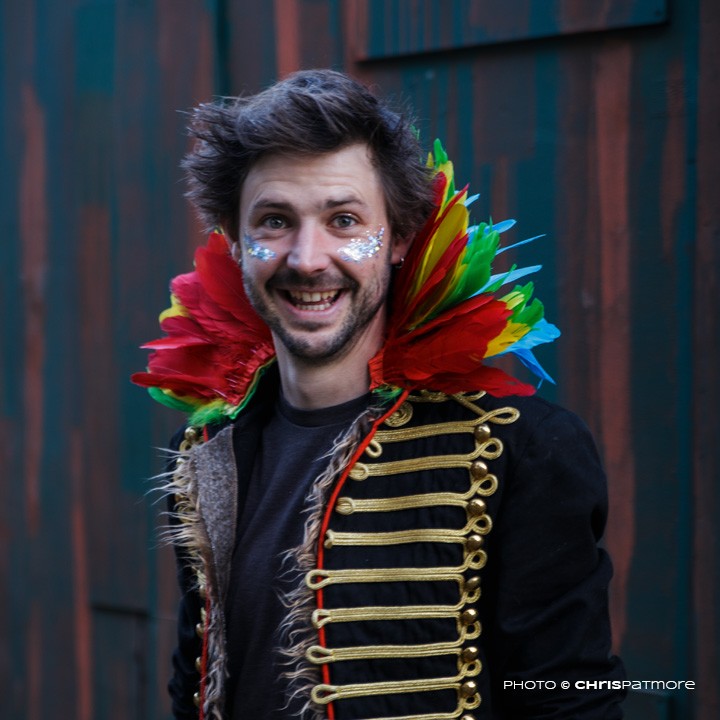 Leefest is essentially a party that got out of hand. To the extent that it is now a fully fledged, award-winning festival, but one that still feels like a massive party.

Like all the best festivals (Woodstock and Glastonbury, that's it) it is now held on a farm, just far enough away from civilisation not to disturb anyone, but close enough to get there by public transport (and shuttle bus). The festival moved there for the first time last year, and rebranded itself as Leefest: The Neverland, a theme that was continued this year, although with all new designs.

It’s motto, “Never grow old” is a concept I fully support, as age is nothing more than an accident of birth. But unfortunately, as the Little Feat song reminds me, “The mind makes promises the body can’t keep”, which is probably why I spent a good deal of the time in the advertised, “place half way between sleeping and dreaming”.

The different tribes (Pirates, Lost Boys and Mermaids) dictated the musical choices, or, vice versa, your musical preferences decided where your tribal alliances lay. Mine definitely leant towards the pirates, but, being there to photograph what was happening I was more of a (anti)social butterfly floating between stages. Or a moth, continuously looking for the best light.

Opening night starts off as a quiet, intimate affair. The masses haven’t arrived and only two of the stages are open. For live music it was The Circus tent (minus the central ring), where Kate Tempest headlined, giving an impassioned rendition of her album Let Them Eat Chaos. The other “stage” was The Beach, which did have sand, and was really a DJ booth above the heads of the crowd, where Oxide & Neutrino did their thing for a couple of hours. Personally, I don’t get the DJ/EDM thing, but judging by the number of people there, I'm very much a minority. In fact, the DJs are a much bigger draw at Leefest than the live music, which explains why Annie Mac is the headline act for the closing night. I just hope that the festival doesn’t become a solely EDM/DJ festival because it’s live music programming is always interesting, and has a knack of showcasing bands that are on the cusp becoming much bigger, along with some favourites from the underground.

With all that DJ action going on, the bulk of the activity at the festival is nocturnal, so there is never much sign of life in the mornings. Yet there was still music programmed for 10am at The Wendy House, a tiny stage secreted away in a little wooded area past the lake (...pond). It was some very weary, but committed singer-songwriters doing semi-acoustic sets. A nice way to start off the day with a cup of coffee.

While on the topic; despite the proliferation of coffee shops up and down the country it is really hard to find a really good cup of coffee, and at festivals, almost impossible, but this year there was a coffee stand that not only made a real cup of coffee, but possibly the best coffee I have tasted anywhere. That good.

In fact, overall, the quality of the catering was good. Not a huge variety, with variations of party staples such as hotdogs, burgers, pizza and BBQ, but the quality, portions and prices were good, and there were plenty of vegan options alongside hardcore carnivore ones.

Live music on the three main stages began around midday on both Friday and Saturday. To give you an idea of where my musical tastes lie, on the Friday, on The Fortress stage (the main one) I’d only heard of the headliner Jake Bugg. The Circus tent was the same story, with Superfood being the only familiar name, but in the sparsely attended Hooks Rock all but two were unknown to me and one of them, Vinyl Staircase, were superb and now on my list of bands to see again. Yowl, Sorry (fka Fish), Valeras, Shame and Milk Teeth all put on great sets for all those discerning enough to avoid the DJs playing spitting distance away.

Saturday was pretty much the same story, although there were fewer familiar names at Hooks Rock. Tor started off the day with some sardonic doom rock. Operation Kino filled the metal quota. Indian Queens keep going from strength to strength with shoegaze-flavoured dream pop, which is quite a departure from the previous hard-rocking incarnation Bleech.

In The Circus tent, SuperGlu were the highlight of the day with their usual high-energy show. Again, The Fortress schedule was mostly question marks. Early starters Hey Charlie and The RPMs, I’d seen before and played to an almost empty field, and people having brunch. The RPMs have a really mature sound and must be heading for a much wider audience very soon. It wasn’t until surprise headliners Slaves (announced the week before the festival started) were there that I recognised any names. It was the first time in years I’d seen them, and they have certainly upped their game. I have to admit that I wasn’t a huge fan, as there were plenty of other duos with better songs, but despite the simplicity of their songs they have a massive stage presence and energy that you can’t but help love them.

As previously mentioned, Annie Mac was the star headliner, and drew a huge crowd (even more than Slaves), but as I already stated, I just don’t get the whole DJ/EDM thing, so I was left with a choice between Kagoule or Pumarosa, both acts that were on my radar, but never seen. I opted for Pumarosa (primarily because the stage had better lighting) and was glad I did.

Whether or not you want call this a boutique festival, it is a fun three days filled with good vibes and no corporate branding to be seen. There is something for everyone, even if it’s not a festival for everyone. It’s intimate and eclectic and never overwhelming. It's kid friendly, but with plenty of adult-only entertainment after dark. And that’s what makes it my must-go festival of the summer, because who needs to deal with massive crowds to have fun?