Londoners, Lupo are briefly venturing out of the recording studio to play two gigs, the first of which is tonight at 93 Feet East. 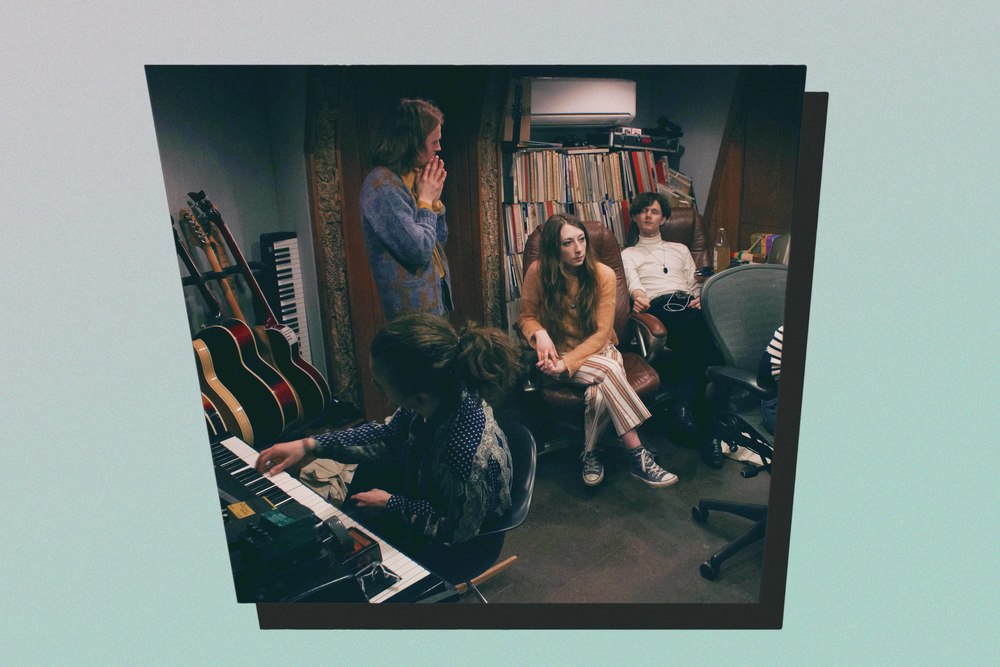 Londoners, Lupo are briefly venturing out of the recording studio to play two gigs, the first of which is tonight at 93 Feet East.

To get you all geared up for their show tonight with Bamboo at London's 93 Feet East (tickets) we thought we'd try and steal a few moments with the glittering Lupo.

Vocals sit at a romantic distance while the valve fuzz of the guitars is counteracted by the warmth in their spaced out synths. As well as looping bass lines, you'll also hear a healthy amount of Revolver-era Ringo Starr shuffle in the beats of their previous single 'It's Another Day'; see the hugely under-watched music video below.

RAW MEAT: Tell us about your local music scene; what’s your favourite local venue, are there any record labels or stores that we should look up, what’s the scene like where you're from?
S: Me and Georgia are originally from Luton. There’s just one decent nightclub — Edge — which is sort of our spiritual home. They took us in and helped us out a lot early on. Jordan’s from Birmingham, and Will’s from Cambridge; he’s probably most invested in his roots since he’s the only one still living there…
Will: Well, I’ve only lived in Cambridge for about four years, but the scene has changed a lot. Small bands really struggle, but more mid-size bands are coming than before. There’s a great band called Nervous Conditions here at the moment, who are fantastic live. They are all about 17/ 18, with two drummers and saxophone in addition to the traditional band line up. It ends up sounding like a jazz/ psych mix of Gorillaz and The Fall.
S: The rest of us are in London now.
Jordan: I've been gigging since I was 13 and the number of good venues for bands has only dwindled over the years in Birmingham, but there are still a few gems like The Sunflower Lounge and The Flapper.

Name one track or band that you love from the past.
Jordan: 'Two Weeks' by Grizzly Bear. As soon as I heard it I was sold. Already a big fan of Grizzly Bear before; I thought I couldn't get more into them, but here I am, waiting 7 years later for more.

Name one track or band that you're loving right now.
S: I’m really digging Ulrika Spacek’s debut at the moment, there’s some real old school Radiohead vibes on that album. ‘There’s A Little Passing Cloud’ might be my fave, but I can never make my mind up, each tracks just great!

Name one track or band that you think we should be listening out for in the future.
Georgia: There are so many great up and coming unsigned bands right now; Blonde Bunny, Tempesst, Fur… But to pick one then I’d say Hunck. We accidentally saw them at Paper Dress Vintage not too long ago and have been DJing their track 'I’ll Wait' since. Their debut EP was great — now I’m just waiting to see what happens next as that’s what really counts. They’re at a bit of a tipping point which is always exciting to watch unfold.
Will: Check out Nervous Conditions if you’re ever in Cambridge!

What are you up to now?
S: We’ve recently expanded into a four piece and written a tonne of new material. Will be playing a few new songs at our shows in June, they’re quite different to anything we’ve done before. The writing process was far more natural and collaborative and you can really feel it in the music.

What can we expect from you next?
Jordan: We’ve just finished recording our debut single at RIP Studios with Syd Kemp, which should be out soon. It’s exciting to have been given the space to arrange and craft a sound together — been a long time coming, but worth the wait!

The band are also playing a free entry show at the Old Blue Last with Gabriel Bruce, 17/06/16.