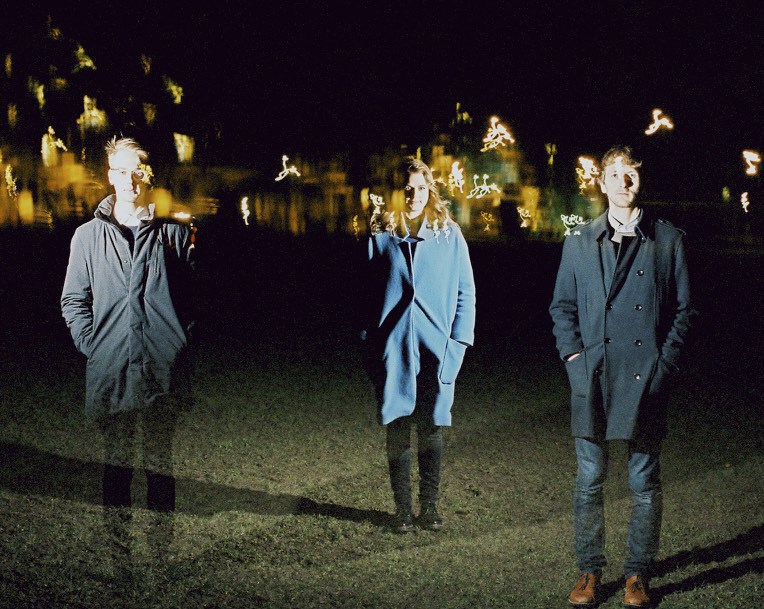 RAW MEAT: Tell us about your local music scene; what’s your favourite local venue, are there any record labels or stores we should look up, what’s the scene like where you’re from?
Heliotrope: There’s always so much happening in London, you need to be really attentive or you might miss an amazing show! We played our first show at the Old Queen’s Head in Islington, so that has a special place in our heart. We love Cafe OTO, Total Refreshment Centre and Studio Spaces E1, and we’ve also seen some incredible one off shows at the Barbican. Our favourite local record stores are Rough Trade East, Vinyl Pimp in Hackney Wick and Kristina Records in Dalston. We’re originally from Sydney, which has a small but vibrant music scene, and who can’t go past the Opera House? We recently found out about an East London record label called Psyché Tropes and love their exploration of the intersection between music & video art.

Name one track or band that you love from the past.
Talk Talk are a long-time favourite of ours, especially Spirit of Eden and Laughing Stock. We love how sparse and dynamic these records are, as well as how they incorporate elements of 20th century art music and jazz. We also love Mark Hollis’ (Talk Talk) solo record and Out of Season by Rustin Man & Beth Gibbons, which has to be one of the most haunting and charismatic albums we’ve heard.

Name one track or band that you’re loving right now.
We’re listening to a lot of Holly Herndon at the moment. She is such a pioneer in programmatic computer music and just has a really unique approach to laptop composition. She’s also just a fascinating lady with some really interesting ideas about what "the music of today” sounds like. Can’t wait to see her at XOYO in June!

Name one track or band that you think we should listening out for in the future.
Adult Jazz’s Gist Is was our favourite record of 2014 and we never really turned it off! There’s some incredibly complex and inventive music coming out of the UK at the moment and Adult Jazz and These New Puritans are at the forefront of that for us. We’re keen to see what direction they go in next.

What are you up to now?
Gearing up for the launch of our single 'Heliotrope' at Power Lunches on the 13th of April, which we’re focused on making an immersive audio-visual experience! We’re also putting the finishing touches on our debut album.

What can we expect from you next?
A video clip for 'Heliotrope' and two more singles before the end of the year, leading up to the release of our debut record in 2016!