Ahead of their Leeds to London two-date-tour this week, we asked Night Owls the burning questions. 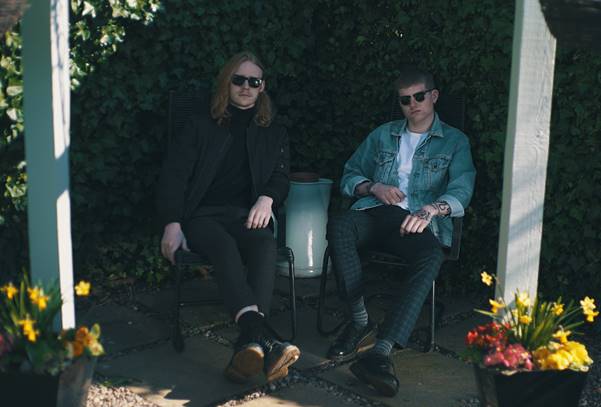 Ahead of their Leeds to London two-date-tour this week, we asked Night Owls the burning questions.

This grungey Leeds duo are releasing their Informaldehyde EP on Friday via our friends in Till Deaf Do Us Party. The launch party is on Thursday (09/06/16) in Leeds, before the band scramble down to London to play Birthdays on Friday. In fact, we're so excited about the release of this EP that we're recklessly letting Night Owls takeover our Instagram for their gig adventures. To tide you over until Thursday, here's what the band had to say for themselves.

RAW MEAT: Tell us about your local music scene; what’s your favourite local venue, are there any record labels or stores that we should look up, what’s the scene like where you're from?
The scene is really strong at the moment! There's so many different genres going on but they all seem to weave in and out of each other which means there's always an eclectic line up, which is great! We usually hang around The Brudenell as there's always something to do, literally any night of the week there'll be a killer band on. As for record stores both Crash and Jumbo records house pretty much every record you'd want.

Name one track or band that you love from the past.
The Pixies - 'Debaser'. It's a classic!

Name one track or band that you're loving right now.
We played alongside The Orielles the other night, they absolutely killed it.

Name one track or band that you think we should be listening out for in the future.
I'd have to say Chest Pains, they're doing something that no one else seems to be at the moment.

What are you up to now?
We're just gearing up for the shows over summer and writing bits and bats for the next release.

What can we expect from you next?
Hopefully more of the same, we like to be pretty grounded and remain accessible with releases so we tend to go about it the same!