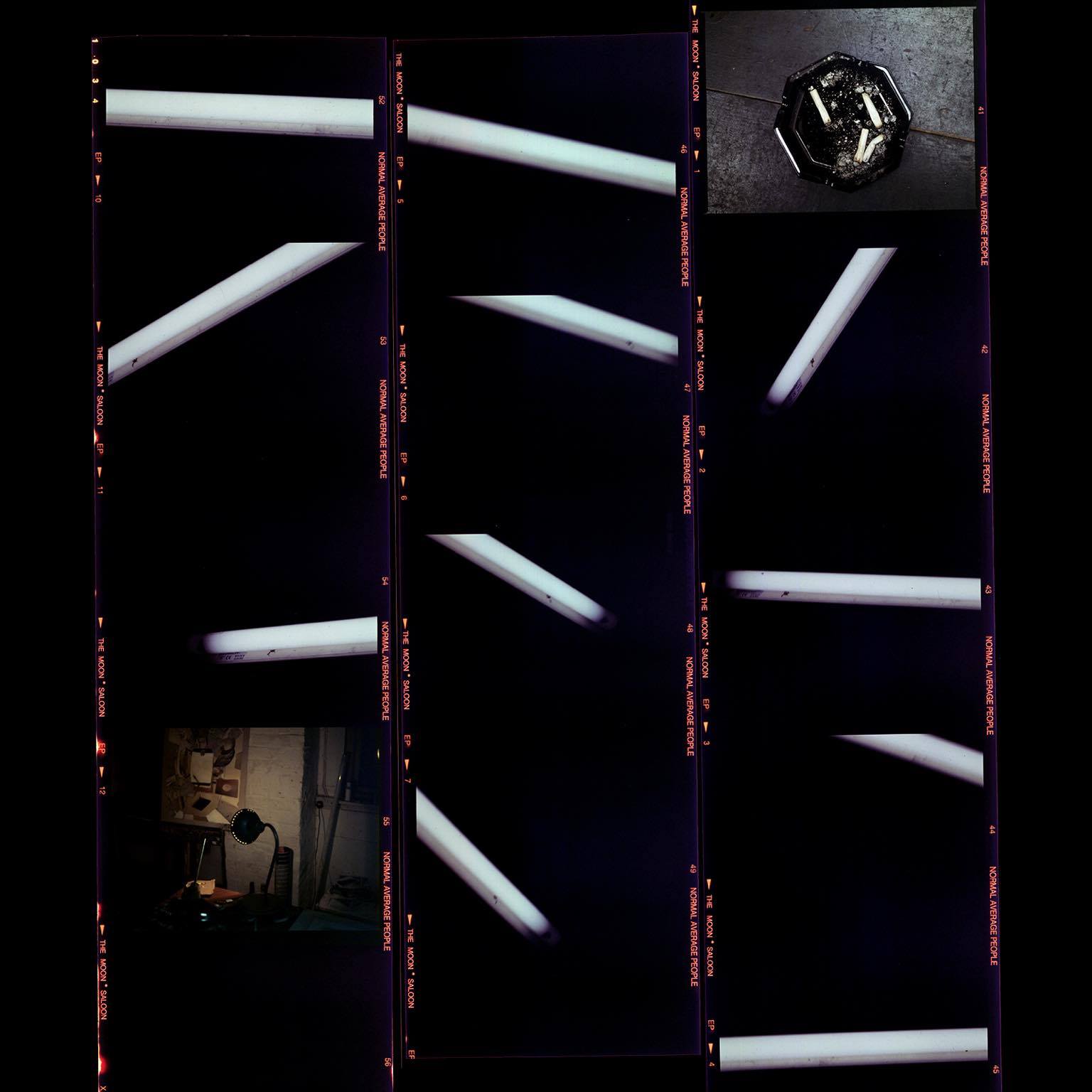 Normal Average People released their EP, Moon Saloon about a month ago and it is 100% all killer. The songs swagger and, wearing their influences on their sleeve, the only thing swirlier than the guitars is the double-tracked vocals.

Keeping psychedelic rock, well... interesting, isn't easy. But there's a post-punk Japandroids energy in tracks like 'Baggy Ankles (RM).' And their lead single 'Kolla Ögen' lurches along, intertwining melodies dragging you along by your ankles for the ride. The title translates as "Look at my eyes," apparently the instruction constantly screamed at the drummer to keep him in time.

NAP are made up of songwriter Sam Gillbanks and producer Emil Lloyd, and came to be when the two performed in Sam's last project Gillbanks. Answers are from Sam.

RAW MEAT: Tell us about your local music scene; what’s your favourite local venue, are there any record labels or stores that we should look up, what’s the scene like where you're from?
SAM: I live in South London which has a very fruitful music scene. There are some really great venues in the area such as Peckham Audio, Rye Wax (also a record store), Bermondsey Social Club, Off The Cuff and my favourite The Windmill. Let’s just hope they survive this difficult time as these grass roots venues are integral to allow upcoming artists to grow, build a fanbase and become established within their craft.
There are many interesting artists from the area including Tiña, Black Country New Road, Jerkcurb, King Krule, Buddy Love (an artist I’m also involved with), Mellah, Black Midi, Tony Njoku, Boss, Pixx and Seb Wildblood to name a few.
South London labels I’m following or have affiliations with include all my thoughts, Coastal Haze, No Bad Days, Full Power and one half of our very own Blitzcat. It’s basically a great hub for music and I love living here.

Name one track or band that you love from the past.
‍The Beatles - 'Only Sleeping'

Name one track or band that you're loving right now.
‍Thrillhouse - '2045'

Name one track or band that you think we should be listening out for in the future.
‍I recently heard an unreleased track titled ‘Pillow Talk’ by an artist called Mauv. It’s so f*ckin good. Lyrics are bang on, it’s got a lovely gritty dirty bass line and overall just a really well produced track. ‘Pillow Talk’ will be out via All My Thoughts 25th September. Best song I’ve heard in a long time so look out for it!

What are you up to now?
‍We’ve been working on demos from across the seas haha. Emil lives in Sweden you see. We’re currently finalising ideas and getting ready to record our next instalment.

What can we expect from you next?
‍Expect something different.

If 2020 has changed the world forever, what do you think is next for the rest of us?
‍It’s been a really scary year to be honest. Everything's been up in the air. There has been a bit of a survivalist mentality in this country as well as a sense of everyone looking out for each other more which has actually been quite refreshing in my opinion. Mad that it was illegal to see your mates at one point though. It’s honestly difficult to say what the future holds but Trump gaining a second term is a very, very worrying prospect.