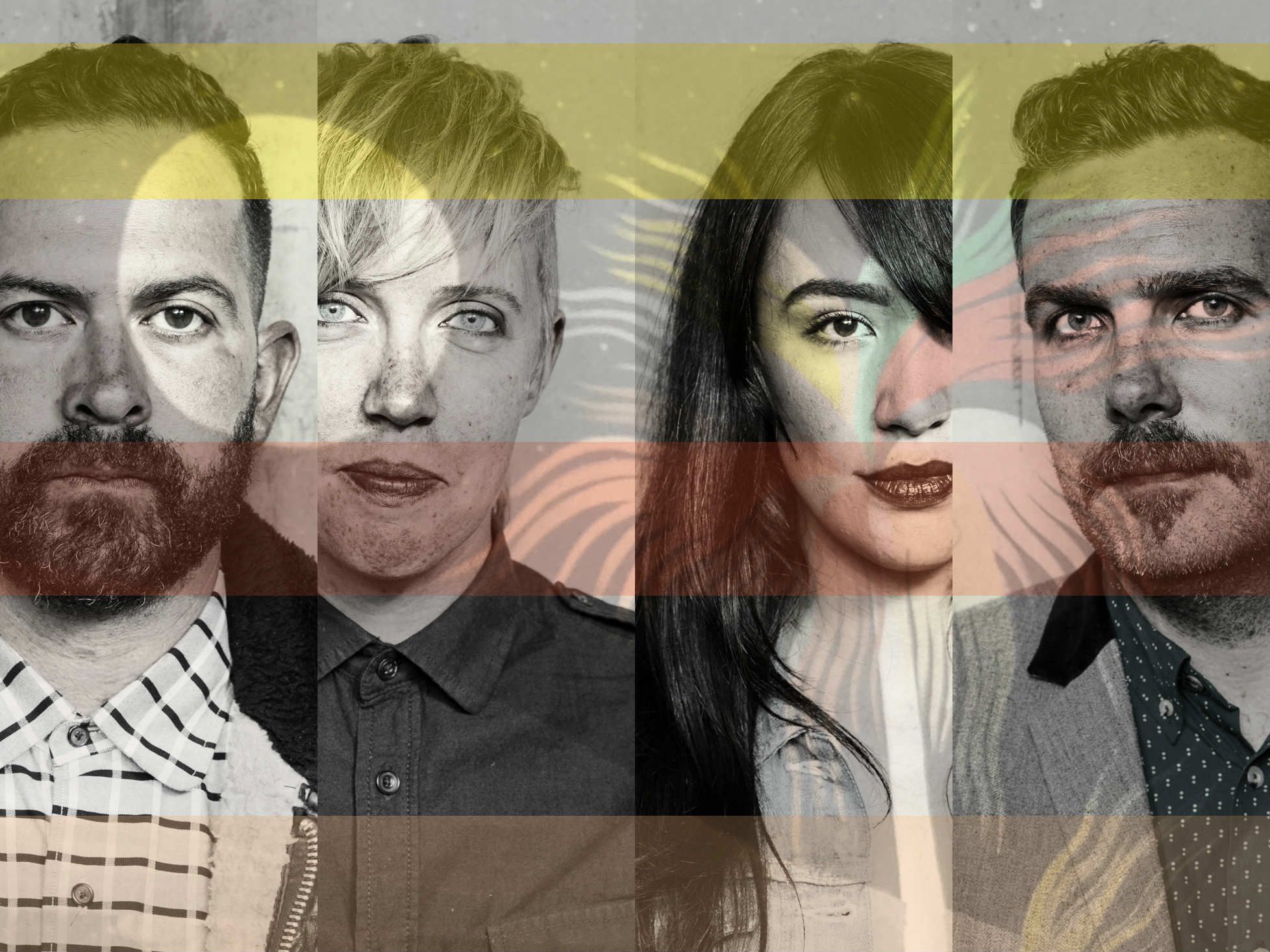 Similar to the sort that the XX and (to a lesser extent) Tegan and Sara brought to the public's attention - the difference that they bring is the experimental nature of the music. It's bleepy, fuzzy and eighties keyboard sample-y, as well as being actually deeply beautiful. Their debut, The Golden West was released 16/03/15 on Hz Castle Records.

RAW MEAT: Tell us about your local music scene; what’s your favourite local venue, are there any record labels or stores we should look up, what’s the scene like where you’re from?
NRVS LVRS: San Francisco's music scene has taken a hit in the last 5 years. Many artists have had to flee the city for cheaper pastures. That being said, there's some great bands still here in SF. My favourite local venue is The Knockout! They've got live music almost every night of the week. When they don't, it's DJs with fantastic taste. Rooky Ricardo's is a great record store that stocks mostly soul and R&B. Aquarius Records is also wonderfully curated, and they provide record reviews on a lot of obscure but great music.As for local record labels, Crime On The Moon has released a lot of required listening in its short life.

Name one track/band that you love from the past.
Off the top of my head... let's say Joy Division - 'Digital'. I've heard it a thousand times, and it still makes me want to run through a brick wall.

Name one track/band that you’re loving right now.
Heard Palma Violets - English Tongue the other day, and I can't stop listening to it. I had to learn how to play it just to scratch the itch. Love it.

Name one track/band that you think we should listening out for in the future.
Check out San Francisco's own Life Stinks. They keep releasing great droney punk, like a less prolific, American version of The Fall.

What are you up to now?
Prepping for a big show we have here in San Francisco at The Rickshaw Stop with The Tropics and Kokomo Hum, which is leading to a lot of new material.

What can we expect from you next?
We have a second record almost finished, and we still have videos for 'Cordoba Grey' and '2 Young 2 Know' off our first record that will be released in the coming months.