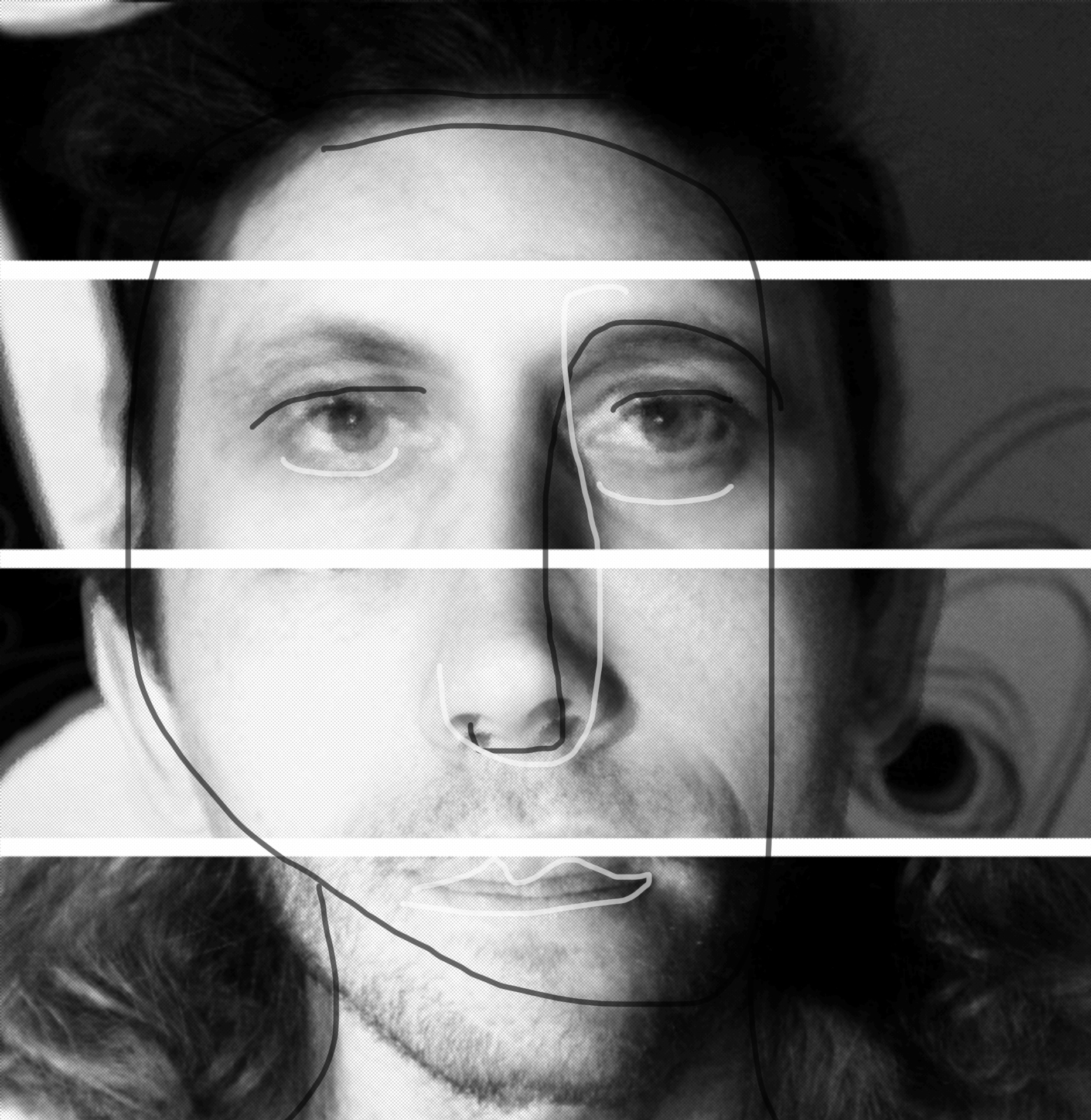 Made up of members of EAT FAST, YOURCODENAMEIS:MILO, Nately's Whore's Kid Sister and Let's Buy Happiness, the band are no spring-chickens. What they are is experienced with nothing to prove, allowing them a reckless creativity.

Vocalist John Edgar describes the single, "'The Party's Over (Goodbye Yellow Brick Road)' is basically a giant strop about mortality, and Brexit. I'd prolapsed a disc in my back and we'd seemingly regressed seventy years over night. It just poured out. I think it was written in about ten minutes. Then Dave wrote that solo!"

The lyrics are literal, relatable, witty gloom. While the skeletal riffs trudges through the driving rhythm section. We can't get enough of it.

RAW MEAT: Tell us about your local music scene; what’s your favourite local venue, are there any record labels or stores that we should look up, what’s the scene like where you're from?
OKC: There's loads of stuff going on. I don't think there's a particular musical style or genre that's prominent. It's a very mixed bag. The best thing is that we have lots of nice venues/ pubs and passionate promoters who regularly risk their necks. They're the people who make it great. Couldn't pick a favourite. I'd say the Ouseburn is where it's at!

Name one track or band that you love from the past.
Ben Frost - Theory Of Machines

Name one track or band that you're loving right now.
Bing & Ruth

Name one track or band that you think we should be listening out for in the future.
Pet Deaths. They will do very, very well. Surely...

What are you up to now?
Scrolling through pointless feeds of worthless information, waiting for an acceptable time to open previously bought, mega expensive, craft beer in order to ease the suffering.

What can we expect from you next?
Spills, thrills, laughs, and games. More releases. Gigs. Friendship. Poor humour.

You can see Okay Champ performing live at the below dates, but we're pretty confident a few more will be added soon as the ball gets rolling with these guys:

Produced by Okay Champ and Will Thornycroft, 'The Party's Over' was released via the band’s own, brand new imprint Treetrunk Records, yesterday.