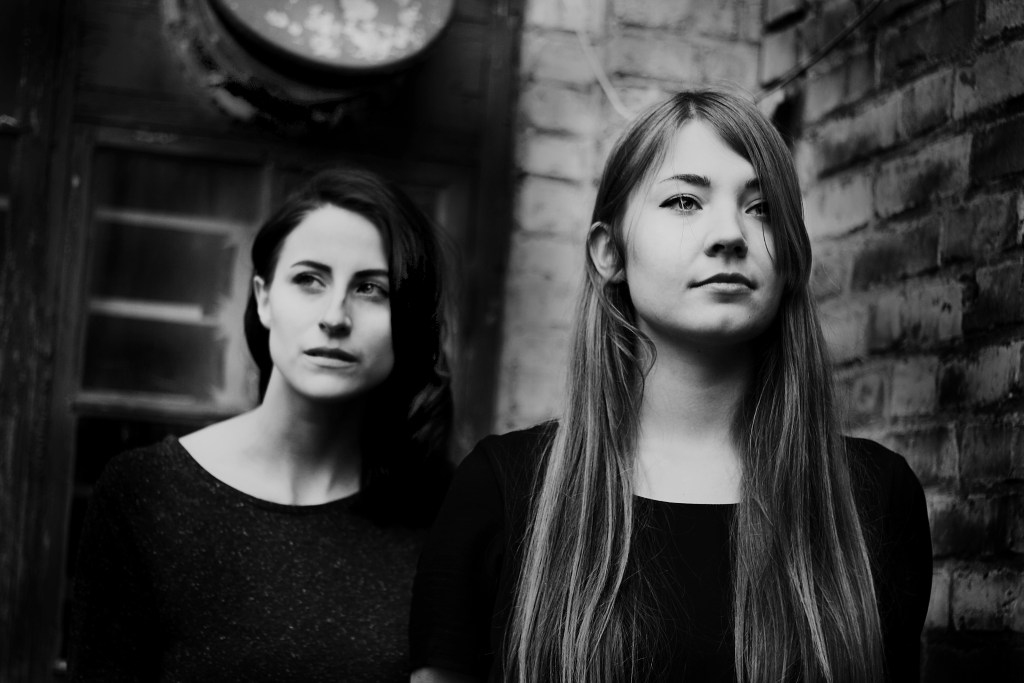 This Swedish minimalist rock duo have an enviable tone and addictive melodies. Their writing is jittery, snaking and mechanically dirty. Debut track 'Youth' is more than enough to grab our attention, and is taken from their self-titled debut album, out 04.05.15 on Bolero Records.

Tuva Lodmark (guitar / vocals) and Nelly Daltrey (drums) said the following of the track, “'Youth' started to take shape one Summer that we spent locked up, sweating in our new rehearsal room. The playful guitar riff set the pace for the drums and the vibe was clear to us - the laid back sound gave the feeling of controlled coolness, which we later wanted to match the lyrics with. We recorded the song in Paris with our producer Anders Lagerfors and from there the song grew into the more wild, attitude-filled song, still keeping the simple playfulness. Being inspired by our ultimate decision - to start daring to make our own music and just go for it no matter what (probably paired with the usual personal awakening that every Swedish Summer brings after the cold, dark winter) the lyrics are about letting go, getting over things and just keep going with your head held up high and starting to earn your bruises.”

Raw Meat: Tell us about your local music scene; what’s your favourite local venue, are there any record labels or stores that we should look up, what’s the scene like where you're from?
Pale Honey: There are lots of bands and artists playing here in Gothenburg and around so there's always something going on in town. As soon as we turned 18 we started to play at all the local clubs here in Gothenburg, all of them having their own charm. When we go out ourselves it's mostly to grab a beer and talk so if we're not going to pubs, Henriksberg has a really neat roof terrace that gives you a great view in the Summer, combine that with a live band playing in the background and few things can go wrong. Another great venue is Pustervik that has a tight schedule of both live shows and clubs. Pub-wise we've probably been ending up on Andra Långgatan since forever, a great street filled with pubs.

Name one track or band that you love from the past.
Tuva: 'Meet Ze Monsta' - PJ Harvey.
Nelly: PJ is great! I'd probably go for 'Broken Box' by Queens of the Stone Age. It still makes me feel a hundred times cooler when I listen to it.

Name one track or band that you're loving right now.
Tuva: Something with King Krule! 'Foreign 2' is a favorite.
Nelly: Definitely King Krule, he's got a real bad-ass voice, it's all just brilliant.

Name one track or band that you think we should be listening out for in the future.
All you need is Pale Honey... Jokes aside, we're head over heels that Radiohead is releasing a new album this year!

What are you up to now? ​
Right now we're working and finishing school as good, hard-working folks. In April we're heading out on our second Europe tour so we're going to lock us up in the rehearsal room to get the set explosive and then it's time to pack and hit the roads.

What can we expect from you next?
Definitely more music coming out with our debut album's release date getting closer each day. And lots of more gigs and sweat coming up.

Pale Honey are playing The Islington in London, 20.05.15. More UK dates to be announced.