They're Irish, they're ladies, their EP is out now. And we like them. A lot. 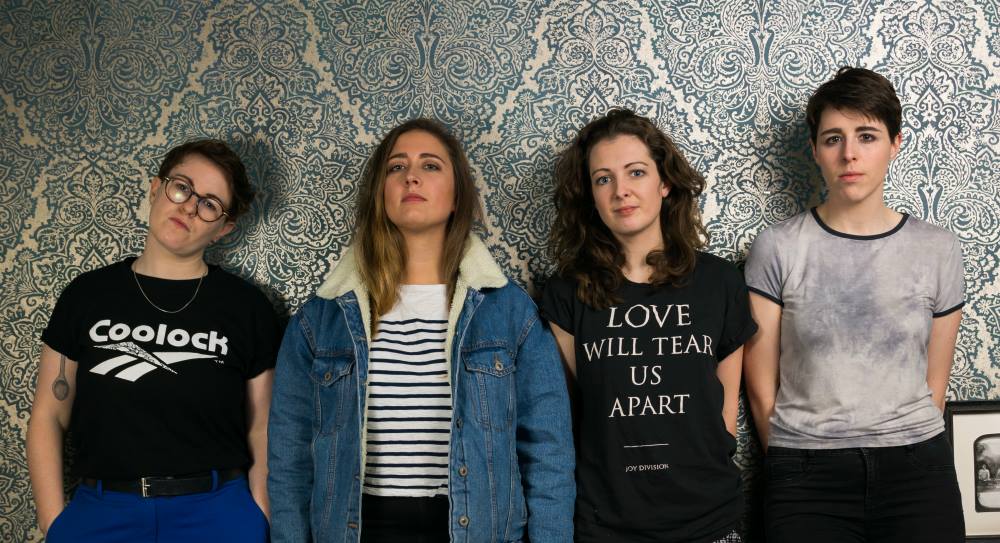 They're Irish, they're ladies, their EP is out now. And we like them. A lot.

Catchy, crunchy and full off alt-pop melodies, Pillow Queens are standing on the shoulders of classic indie rock giants while dragging their instrumentation through the grunge-coloured mud. There are as many hints of Pixies influences as there are of Carpenters' backing harmonies. Their EP is varied, mature and has, in just a handful of songs, cemented fans in the Raw Meat team.

Answers are from guitarist/ vocalist/ bassist Pam (so not the drummer then).

RAW MEAT: Tell us about your local music scene; what’s your favourite local venue, are there any record labels or stores that we should look up, what’s the scene like where you're from?
PAM: The artist community in Dublin is quite close knit, and actually the country is so small you could probably include the whole of Ireland within that community. There are obvious negatives in having a scene so small but the benefits are the bonds you form with other folks trying to do their best in the music scene here. There are some lovely little record shops in Dublin like Freebird and The R.A.G.E. that are always sure to stock Irish artists. There are some great venues in Dublin with some of the soundest sound people going that we love to play; like Workman’s, Bello Bar, and Whelan’s of course. There’s also a meticulously well curated DIY night that showcases some of the best new Irish bands called Mistakes that’s ran out of The Hut. We haven’t been able to explore too many venues outside of Dublin but that will all change soon so hit us up in a few months and we’ll give you the lowdown on rural Ireland.

Name one track or band that you love from the past.
Usually when we get questions like this they’re quite hard to answer because we all have varying music tastes. It’s difficult to pin one band or track down that we all revere. However, after the passing of Dolores O’Riordan we all realised how much the music of the Cranberries meant to each of us. We all grew up listening to their amazing music which was sung in a way that was so out of the ordinary but also so familiar to our ears. It was impossible not to be influenced by it.

Name one track or band that you're loving right now.
Lankum released their album Between the Earth and Sky in October last year which is amazing. The last track 'Willow Garden' is on constant repeat.

Name one track or band that you think we should be listening out for in the future.
We are very fond of Dublin band, girlfriend who are immensely talented. They may or may not have new music coming out this year but regardless their 3am Rituals release is more than enough to tide us over. Everyone should listen to them. Now.

What are you up to now?
We've released our first single ‘Favourite’ from our upcoming EP State of the State. We’re also about to play our first shows in Cork for the Quarter Block Party, and Limerick for Love Not Eight in aid of the Repeal campaign.

What can we expect from you next?
Our State of the State EP is released, so we’ll be hitting the road to play our songs to anyone who’ll listen. So you might see us popping up around the UK and Ireland soon.

State of The State is out now on Specialist Subject. Buy it here.

See Pillow Queens live at the below dates: