Press Club are absolutely incredible and we're lucky to bear witness to their irrepressible rise. 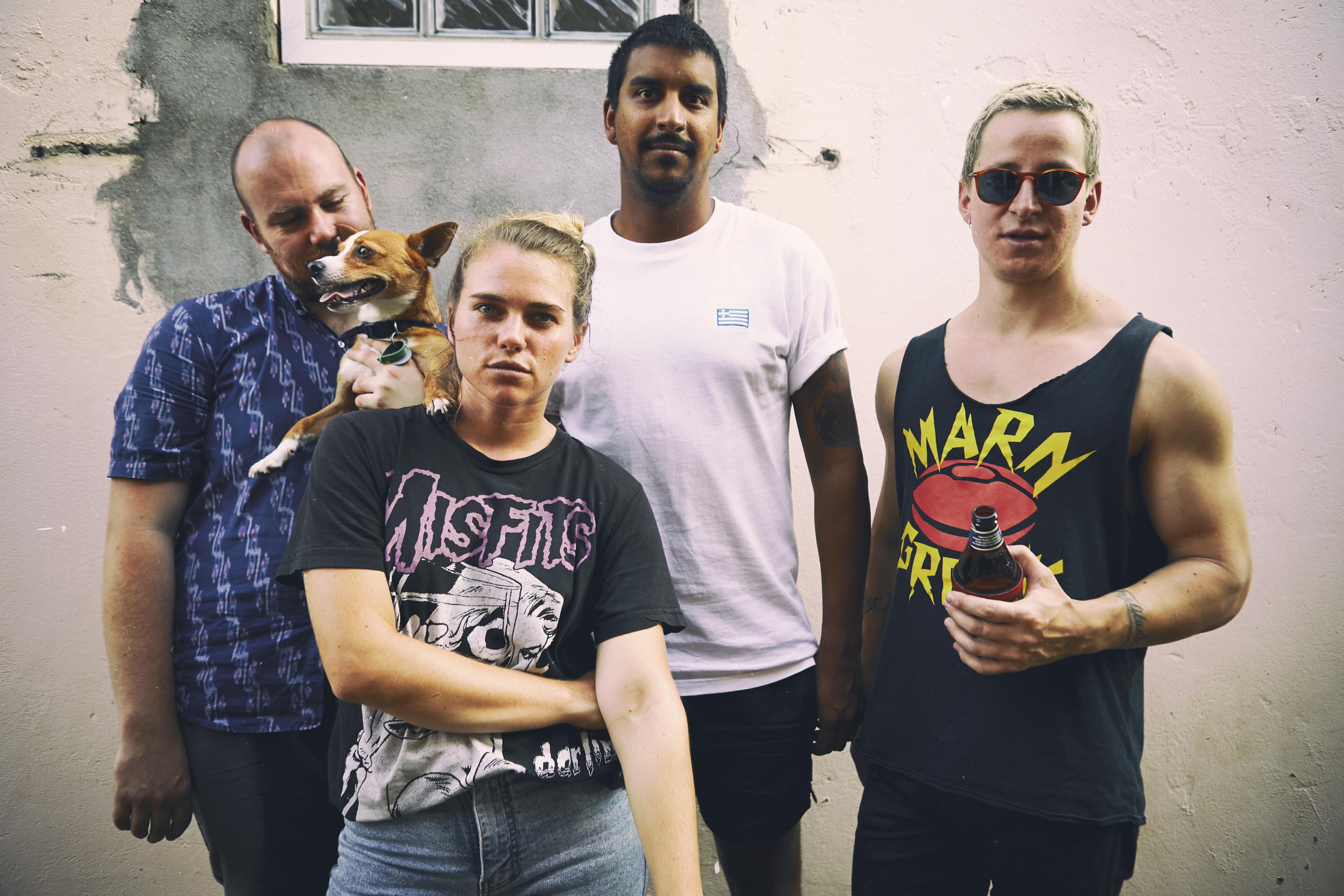 Press Club are absolutely incredible and we're lucky to bear witness to their irrepressible rise.

Every now and then a band comes along that really makes it all feel worthwhile. An emotional can opener for my rusted tin soul, Press Club are close to perfection as far as I'm concerned.

They're fast, but level. Earnest, but fucking fun. The first time I heard 'Headwreck' I was excited, but convinced it was a fluke. And the first time I heard 'Suburbia' I didn't know whether to laugh or cry. I cannot stress enough how exciting these guys are. A shot of energy for self-assured, emotionally mature punks everywhere.

Their debut album Late Teens was recorded over six weeks when bassist Iain MacRae’s house was converted into a, "temporary song-writing sweatshop". The band wrote around forty songs before honing them into the dozen that make up the record. The album looks at displacement, relationships, internal turmoil, gentriﬁcation and inequality. Which is exactly what I would expect (and hope) for this generation of uncertain Aussies. This incredible debut is out now on Hassle Records.

RAW MEAT: Tell us about your local music scene; what’s your favourite local venue, are there any record labels or stores that we should look up, what’s the scene like where you're from?
IAIN: Melbourne has a real healthy music scene. It’s always been a massive cornerstone of the city’s cultural fabric. Everything is really well represented. From jazz to punk and everything in between. We all have our roots set in the music scene. All of us grew up going to under-age punk, reggae or ska gigs around the city. The Melbourne scene has made a really big impression on all of us from a young age.

My favourite local joint is in Fitzroy, on Johnston Street. It’s called The Old Bar. It’s a pretty small dive bar that has good beer and always has decent bands on. It’s usually pretty cheap and more often than not pretty tightly packed for shows.

Name one track or band that you love from the past.
'Shake Some Action' - Flamin’ Groovies

Name one track or band that you're loving right now.
‍Any song by Robson Jorge e Lincoln Olivetti. One album that is sheer perfection. Listen to it. Now.

Name one track or band that you think we should be listening out for in the future.
‍Sheer Mag. You’ve probably already heard of them but I think they’re a secret big influence on Press Club and without a doubt my favourite band on the planet at the moment. Finally have their stuff up on streaming services too so check ‘em out if you haven’t heard them. Hit the songs ‘Fan The Flames’ or ‘Nobody’s Baby’.

What are you up to now?
‍It’s midnight on a Thursday and it’s 30º in Melbourne. I just finished a shift at the bar I work at and it’s going to be 45º by 11am tomorrow. You tell me.. Is there anythin’ at all to do but drink a few beers? I mean… sleeping is out of the question.

What can we expect from you next?
‍We’ll be over in the UK for the first time in April and we’re fuckin’ stoked. We’ve got about 16 shows locked in so far. It’ll be the first time for all of us in Europe and we’re chomping at the bit to play to overseas audiences! See ya’ll in the filth!

Answers are from bassist Iain Macrae.

UK audiences can see Press Club for the first time at the below dates: