Press Club once again proving that, given half a chance to do their thing, the Aussies can win the hearts and minds of audiences anywhere in the world. Pics & words by Chris Patmore. 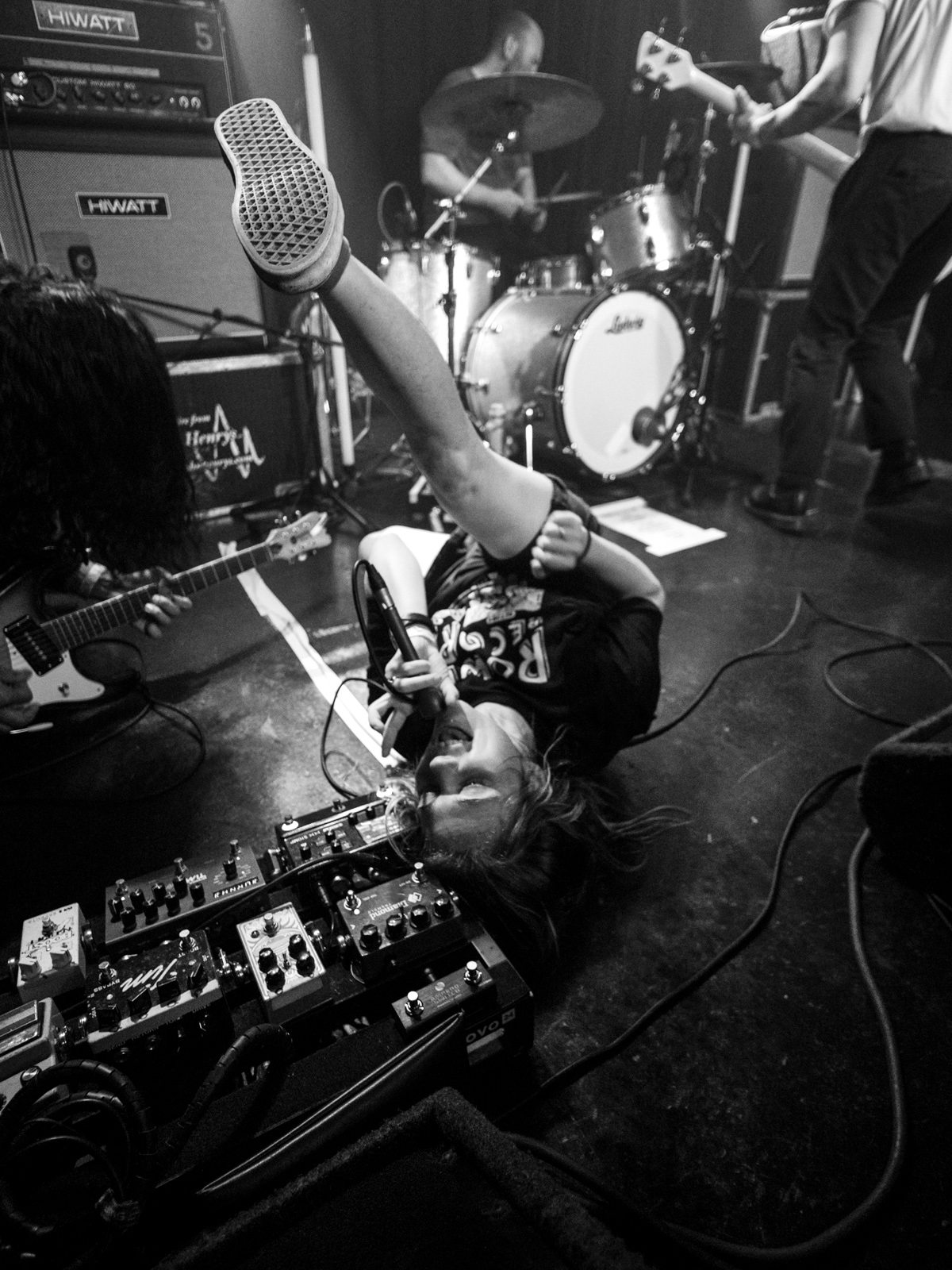 Press Club once again proving that, given half a chance to do their thing, the Aussies can win the hearts and minds of audiences anywhere in the world. Pics & words by Chris Patmore.

Beyond a couple of oldish rock bands, a couple of newish psych bands and a handful of pop star graduates of Neighbours, Aussie music is relatively and surprisingly, unknown outside of its island shores. Which is a shame, because the depth and breadth of Aussie independent music rivals that of the UK and US, in its quality if not its numbers.

One of the problems, as one of the country’s biggest bands, Cold Chisel, know is that a lot of the music is basically pub rock with quite a bit of local flavour that does not always transfer to other countries, which have their own brands of it. But given a chance to do their thing, the Aussies can win hearts and audiences anywhere, as Melbourne band Press Club demonstrated at Oslo in Hackney on Saturday for a night to remember, remember.

Although not strictly a pub, Oslo was a perfect venue for the band to get up close and personal with their fans on the London leg of their current UK and European tour promoting their new album Endless Motion, (released on 14.10.22 through Hassle Records). There is nothing sophisticated about the band’s music (did I mention it was Aussie pub rock?), but it is just what the doctor ordered. High-energy with a force of nature, generated in its plenty by singer Natalie Foster, to light up the stage.

With a large chunk of the audience singing along to almost every song, the rapport was in both directions, with Natalie diving in amongst them to sing on more than one occasion. While a huge part of London was celebrating Guy Fawkes on a wet autumn evening, there was fireworks and saturated ground inside Oslo to match it.

Opening for Press Club were Brixton power trio Alien Chicks, who lit the fuse with their own high-energy music. And with more chances to see them locally than the headliners, they are definitely worth checking out.

Press Club’s tour continues in Europe until 20 November. Get tickets.