It's not the first Roadkill of the new year, and it's not our first 2018 DJ set either. What it most certainly is, is the only way to kiss Dry January goodbye. 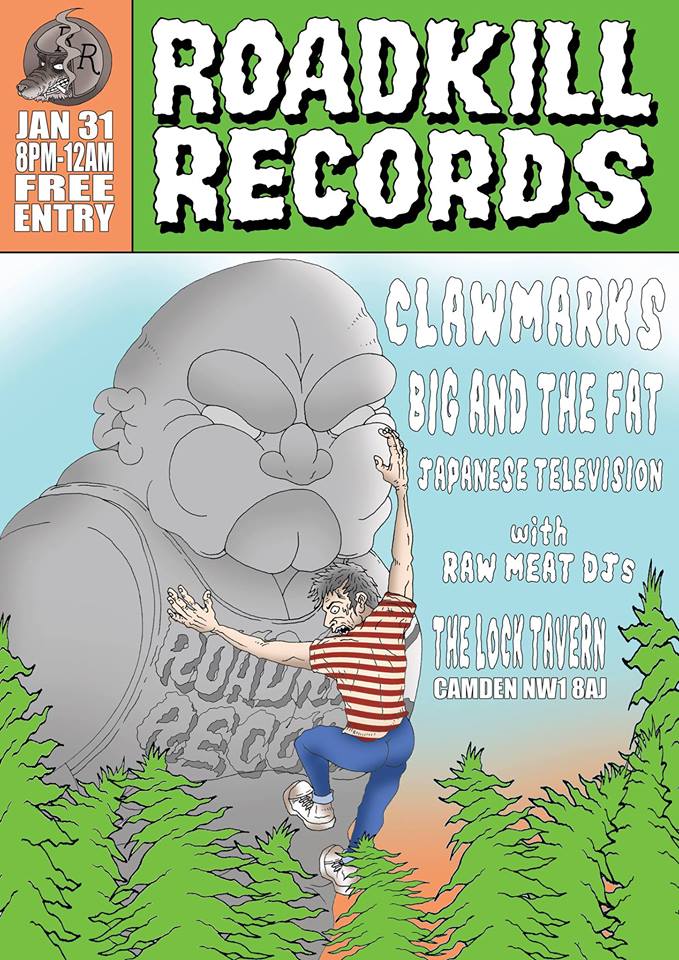 It's not the first Roadkill of the new year, and it's not our first 2018 DJ set either. What it most certainly is, is the only way to kiss Dry January goodbye.

As we return to Camden's Lock Tavern for a midweek frolic, we're getting the band back together in more ways than one.

You might remember that last time we larked about with the Roadkill gang was when we did a co-pro Halloween show, featuring none other than the incendiary headliners, Claw Marks.

Claw Marks write the kind of post hardcore (I guess?) that courses through your chest. With all the vocal vitriol of 2017's darlings, IDOLS, but with added injections of chaotic joy and tommy-gun drums. Their live shows are superb.

As we're apparently doing things in reverse order, main support comes in the shape of Big & The Fat. Who you'd be forgiven for thinking were named after their bass lines.

Their tunes build and swell with dirty, no nonsense riffs, keeping their explosions of energy in reserve like an occasional, extremely effective secret weapon.

And finally (?) openers Japanese Television. Made up of three of our favourite musicians and people, the band includes parts of Love Buzzard, Sunlight Service Group and Night Jars. Their first gigs were late last year so they're still only releasing demos, but what little we've heard is chocka with riff-packed swirling grooves. The sound errs on the side of Sunlight Service Group rather than Love Buzzard, but with plenty of those huge Night Jars guitars looming in the air like thick smoke.

And obviously we'll be there, playing the heavy goodies until late. Event details and stage times are all here.