Saint Agnes are much more than a blues rock n roll band; the cinematic and timelessness in their writing make them heavy and hard to ignore. They're also incredibly easy on the eye. 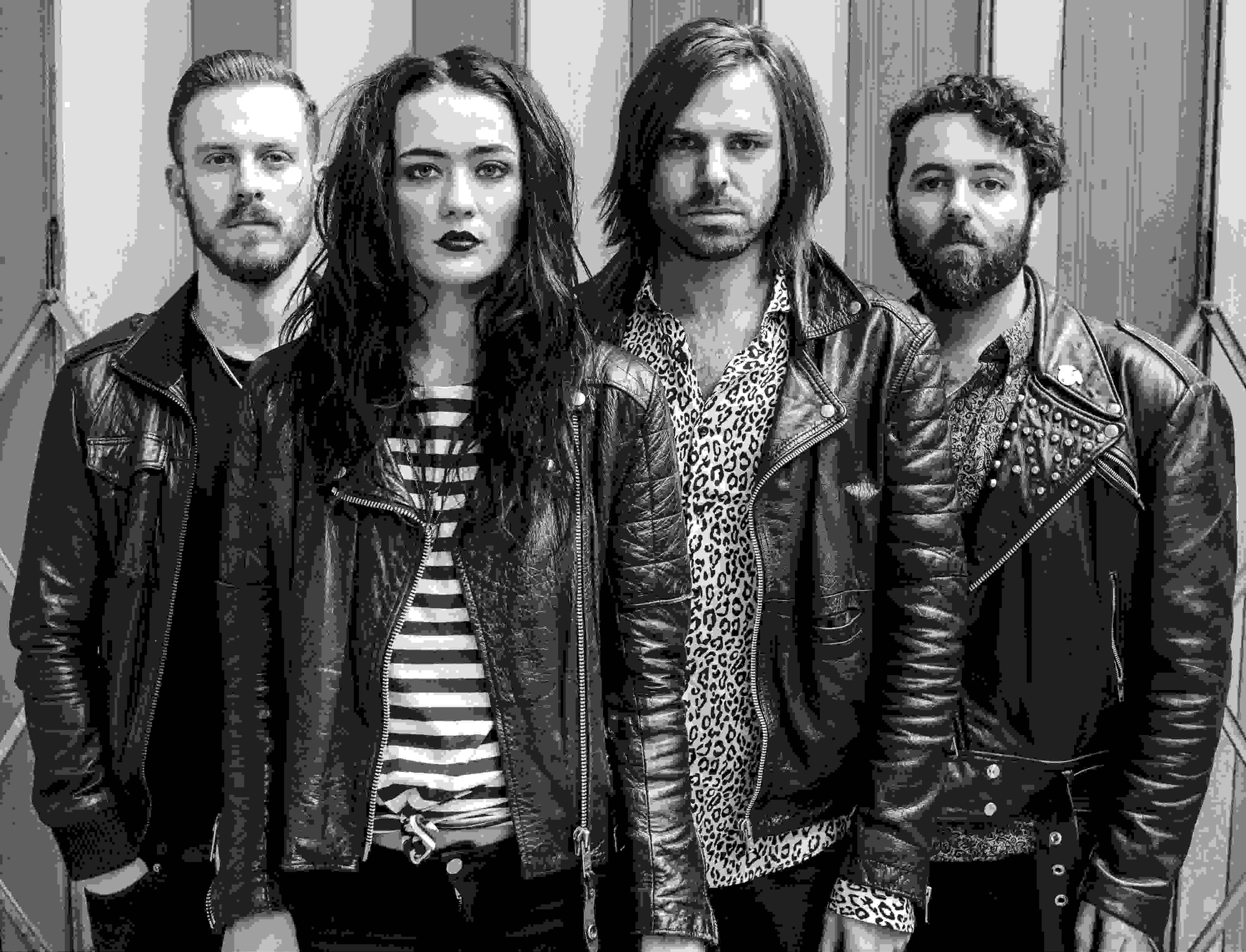 Saint Agnes are much more than a blues rock n roll band; the cinematic and timelessness in their writing make them heavy and hard to ignore. They're also incredibly easy on the eye.

After seeing Saint Agnes live for the first time when we DJ'd at the last Roadkill, we thought it was about time that we got them on Raw Meat. Imagine goth cowgirls/ boys playing riff-sodden blues-rock and you're half way to understanding their live show. Their Live Under London EP is out now - a four-track EP and video set - on Energy Snake Records.

RAW MEAT: Tell us about your local music scene; what’s your favourite local venue, are there any record labels or stores we should look up, what’s the scene like where you’re from?
Saint Agnes: We're part of a scene of leather clad party animals who like nothing better than sharp hair and dancing till the small hours. We just did a sold out show at Aces and Eights which is a perfect example of our favourite kind of small, sleazy, sweaty rock n roll dive bar and it was filled with these Heavy Leather types. You should check out Energy Snake Records, the psychedelic, serpentine label who put out our first two singles. And if you're thinking of coming to a show, you should know that you won't get in without your dancing shoes.

Name one track/band that you love from the past.
Black Sabbath - 'The Wizard'.

Name one track/band that you’re loving right now.
The Sly Persuaders - 'Steve McQueen'. It's a snarling, stomper of a track which has the immortal line, "I met a girl in New Orleans / she had a face like Steve McQueen." See them live, they're unbelievably tight.

Name one track/band that you think we should listening out for in the future.
Pink Lizards

What are you up to now?
Rehearsing hard for our Great Escape shows. We're going to hit Brighton like a bolt of lightning. And probably end up in the sea.

What can we expect from you next?
We've got some insanely exiting tour plans coming up which we'll be announcing soon. And we're releasing an EP in the Autumn but it's very hush hush at the moment so stop asking nosy fucking questions!