If Lola Colt were LSD, Saint Agnes are mescaline. 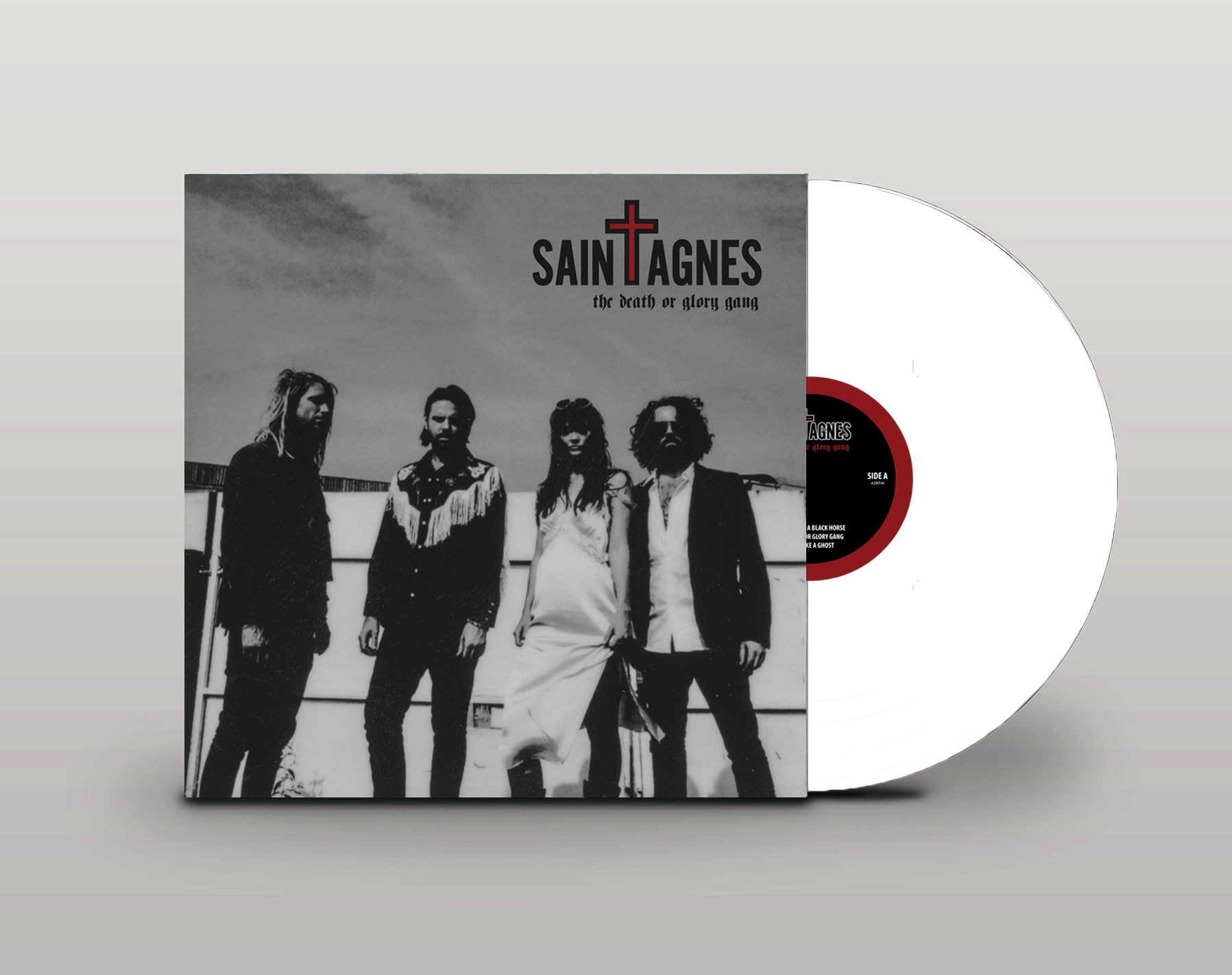 If Lola Colt were LSD, Saint Agnes are mescaline.

From the outset, I should declare that I am a card-carrying member of The Death or Glory Gang. I became a fan after first seeing them back in July 2014. I'd missed some of their initial earlier gigs because of clashes with other gigs, but they were on my radar because they were a side project for Kitty, the keyboard player with Lola Colt, another of my favourite bands at the time.

What grabbed me about Saint Agnes's sound was how raw and bluesy it was compared to Lola Colt. There was still a psychedelic tinge to it, but if Lola Colt were LSD, Saint Agnes were mescaline (not that I've tried mescaline), but with a flavour of southern rock and outlaw cowboy movies. But at its heart it was solid guitars and drums rock music.

And it was live where they really excelled. For years I've been telling anyone who will listen that Saint Agnes are the best live band you've never heard of. They have what any successful band needs; outstanding stage presence. Stage presence can cover up a multitude of sins. Put on a great show and even the most basic three-chord rock will bring (and keep) an audience, but brilliant musicianship with a static performance makes you want to stay home and listen to the record. The chemistry between Jon and Kitty, sharing guitar and vocals, is palpable, and the bass and drums backline is as heavy and driving as you could wish for.

The trouble is, when a band is that good live it is hard to catch that energy on record. Some bands excel in the studio and lots of production enhances their sound. In 2015, Saint Agnes recorded a "live" studio EP called, appropriately, Live Under London, that featured the best songs from their live repertoire at the time.

Fast forward to the present, and Saint Agnes have become an even tighter band. Jon's guitar playing is world class and a match for the leads in many stadium bands, and Kitty has become an unbridled force of nature. They've toured extensively through the UK and Europe, which included playing the Main Stage at this year's Kendal Calling, bringing new converts into their coven. In between all this touring they found time to record a new EP that follows on from the previously mentioned EP by also being recorded "live" in the studio.

The five-track Death or Glory Gang shows the band's musical progression. Where the earlier material could be likened to Morricone-scored spaghetti westerns, their current work sees them head into From Dusk Until Dawn territory. Having said that, the opening instrumental track 'Death Rides a Black Horse' definitely has a Morricone vibe to it, and more so than anything else I've heard from the band, and would be very much at home on a Tarantino soundtrack.

Having gently lured us in, the title track kicks off with feedback and Andy's hard-hitting drums that pretty much set the pace for the rest of the record. Kitty's voice is husky and enticing, and death or glory seem like the only viable options. Track 3, 'Move Like a Ghost' opens with Kitty on the organ and builds to a crescendo punctuated by Jon's distorted wah-wah guitar stabs. There are hints of Dead Weather in this track, but it is unusual for the band's influences to be so distinguishable. 'Diablo! Take me Home' was recently released as a single, and Ben's throbbing, fuzzed-out bass really stands out on this track, but everything is distorted from the guitars to Jon and Kitty's vocal duet.

The final track 'I Feel Dangerous Around You', starts off with a gentle bluesy Rhodes-style electric piano, quickly building to a crescendo of the now familiar guitars and vocals, then back into a piano moment, with the blues influences of Jon's stellar lead guitar on full display as the passions rise again.

This EP is meant to be listened to, in track order, as a single work, even though every song stands on its own merits. But to say this is a concept album is likely to bring shivers to those who remember, and reviled, the extreme excesses and indulgences of prog rock. For anyone who has seen the band performing live recently, these songs will all be familiar, and this recording does capture a lot of that energy, but it will never match what they unleash on stage with an audience.

The white vinyl EP was released through their own Death or Glory Gang Records label and is available from their Church of Merch.

The band is touring the UK in October starting at Brighton on the 10th, with their London show at The Borderline on the 18th, and finishing in Leicester on the 20th before heading over to Europe from 27 October. Get tickets.

Words and images by Chris Patmore, photographed at Kendall Calling.