when?
Where?
Kendal Calling
Lowther Deer Park, The Lake District 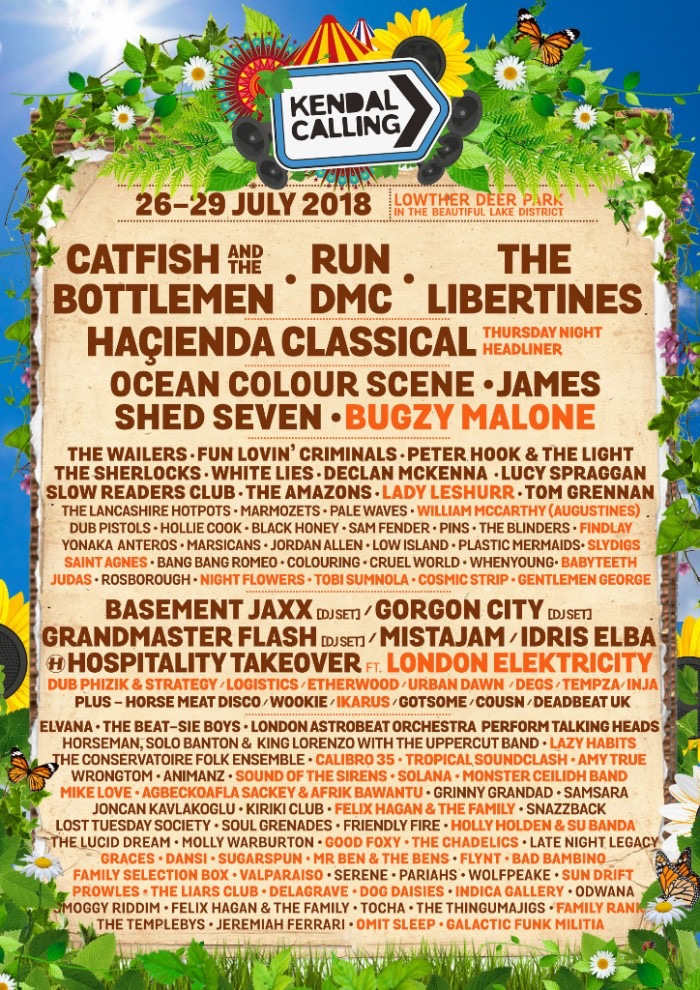 As we head into to summer, and one that is being predicted to be one of the hottest and driest in a long time, with the chance of a drought (for someone who grew up in Australia where no rain for a year is considered “the chance of a drought”, it seems a bit ridiculous that a few weeks without rain constitutes a drought. A domestic water shortage, maybe, but a drought?) Regardless, it bodes well for the jam-packed festival season, and with no cursed Glastonbury this year, the chances of them being rain-free seem even more likely.

The lack of Glastonbury also means that the punters’ resources can now be channelled into the smaller festivals, and two of the ones on our radar are Neverland (fka Leefest) and Kendal Calling, and not because of their headliners, but for their support of some of our favourite up-and-coming indie bands.

Some of the small-print names at Kendal Calling we highly recommend are Saint Agnes (possibly the best live band you have not heard of) and, equally, Yonaka (who have really blown up in the last 12 months). Other stalwarts of the indie scene to see (in no particular order) that are more familiar include Marmozets, Pale Waves, Black Honey, Cosmic Strip and Pins (now with two drummers!). Coincidently these are all female-fronted bands.

Further up the bill, in the all-male domain, The Amazons, The Sherlocks, White Lies and Fun Lovin’ Criminals (coz Huey’s a G) are on our must-see list. And for those of a certain age Ocean Colour Scene, James and Shed Seven will bring back some vague memories of the halcyon days of Brit pop.

As with all festivals, diversity is the key, and there is a whole list of performers and DJs whose names are completely unfamiliar. But if there are guitars and drums we’ll go check them out. But not the DJs. Because why go to a festival to listen to records?