You already know how much we love our anxious antipodean lo-fi overlords, so you probably won't spill your drink when we say we love Melbourne-based slackpops, School Damage. 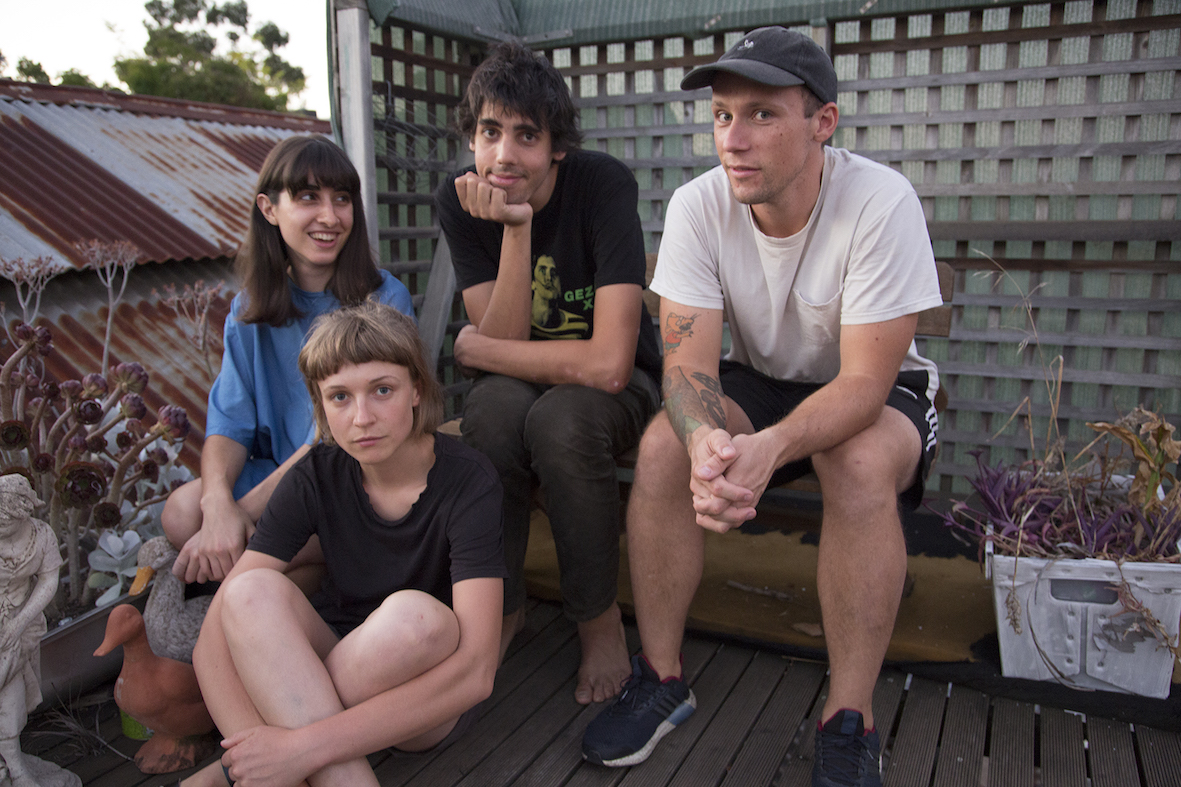 You already know how much we love our anxious antipodean lo-fi overlords, so you probably won't spill your drink when we say we love Melbourne-based slackpops, School Damage.

School Damage are a delicate kind of lo-fi; their Stranglers influences have lost the anger, but kept the addictive riffs. The track we've got here for you, 'Tall Poppies' is sugary and ominous, with an Alice In Wonderland innocent darkness. I suppose we should call the album indiepop, but I think the only reason we have to say that is because there are synths on it. It's a bit like pop, but with scrappy guitar solos, drawled melodies and that enviable natural nonchalance that Australia can't help but ooze into its musicians. Tracks further down the album, like 'School Damage Rockers' have an art punk tinge, while on 'Try Something New' bass lines wobble and blur over horrifically upset Casio tones. If you like your pop saccharine, or your punk tight, or your rock raging, then give this unique and happy little misfit of an album a miss. Recommend it to someone who wants to hear something new.

When we asked Carolyn Hawkins our gettoknowyou questions, her answers were sincere and open, and you can hear that genuine thread of consciousness through the entire record, (self-titled, out now on Chapter Music).

RAW MEAT: Tell us about your local music scene; what’s your favourite local venue, are there any record labels or stores that we should look up, what’s the scene like where you're from?
CAROLYN HAWKINS: Um, I'm not sure how to describe the music scene in Melbourne -  it's like when people talk about there being a Melbourne 'sound', I don't really know what that is - I've never really known anything else so it just is what it is to me. I think maybe the uniqueness of both has something to do with isolation.... I mean, I'm probably overanalysing and getting it all wrong, but I guess Australia is so big, if you live in a capital city, the next capital city is at least a 9 hour drive away. People tend to stay in the one place for longer. When my other band went to America, one thing I noticed is that scenes were a lot more up and down - it would be good for a few years and then be dead for a few years, people would move away, etc. Maybe scenes are a bit more stable here, have a strong sense of continuity and history. I guess thats a long way of saying the scene here is strong, active, incestuous, supportive and diverse. Because there is nowhere else to go. Everyone helps each other out.
My favourite venue is the Tote - good mix of bands, good sound, friendly people working there, good heaters in winter. Heaps of excellent labels - Chapter (obviously), Antifade, Moontown, Aarght, Hobbys Galore, Hidiotic, Paradise Daily plus a million others.
Also heaps of record stores.... Lulus, Round and Round, Record Paradise, Strangeworld, Vicious Sloth, and Liquorice Pie are all good. We're spoilt really.

Name one track or band that you love from the past.
'Sugar Mountain' by Neil Young has been my favourite song since I heard it, and probably will be forever.

Name one track or band that you're loving right now.
Not a new thing but have been listening to Dick Hyman's Moog record a lot recently.

Name one track or band that you think we should be listening out for in the future.
I saw the Stroppies play the other week, they are incredible. They just released a tape on Hobbies Galore, which I think is sold out now but you can listen to it online or download it. Can't wait to hear what they do next.

What are you up to now?
School Damage's album has just come out, and we'll be doing a tour in August for that around Victoria and up to Sydney and Canberra. Just finalising the lineups for that at the moment.

What can we expect from you next?
We've just recorded a whole lot of new songs with Billy Gardner, who recorded the first album, so hopefully we'll be releasing them in the not too distant future.