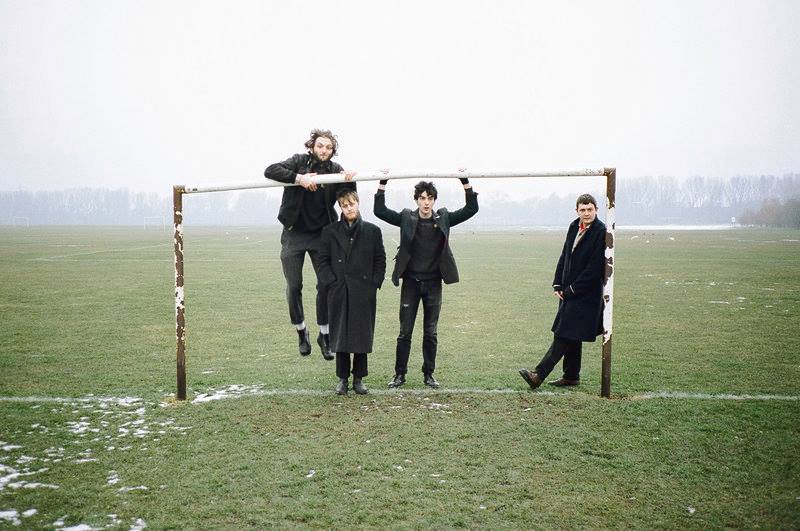 Back when we first met Sleep Eaters (or some of them at least) they were called Whistlejacket, and they were way more chilled out than the energetic, charmingly haphazard garage punk peddlers that they've become.

Their latest (and only) release was the surprisingly foot-stompable 'Ghost On Fire', back in the Summer on Strong Island Recordings. But they're currently working on new material that they'll be touring imminently. The first show of which is in support of Drahla at London's legendary 100 Club, 26/11/18. Get your tickets here.

The venue the band most wanted us to check out at the time was Camden's celebrated Dingwalls. Around since the seventies and one of the few live music venues still working-for-you-babe in Camden, Dingwalls can pretty much get away with putting whatever they want on these days.

And their blast from the past was (one of our favourites), the entire Up On The Sun album by Meat Puppets. Staple listening for any budding guitar-headed pre-grungers.

And, at the time the band had Unknown Mortal Orchestra on rotation, specifically their Blue Record, which offered no new material, but three reworkings of highlight tracks from their II EP. All included on the special edition they released.

In a similarly mellow vein, their shoutouts for the future-gazers among us were BADBADNOTGOOD, who have recently released a track with Thundercat...