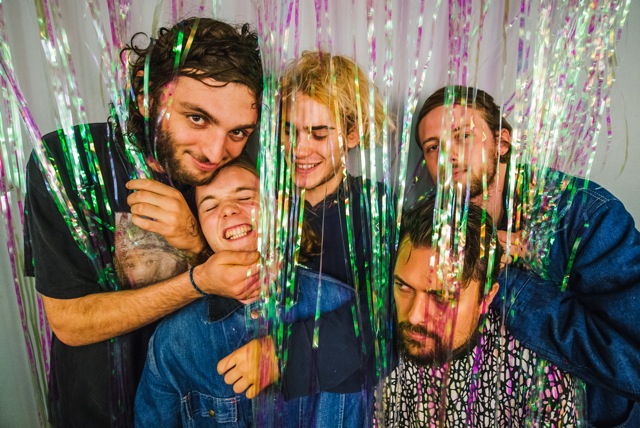 Their eponymous debut EP is out 24.11.14 on an extremely limited run of just 100 cassettes. Answers are by front man, George.

Raw Meat: Tell us about your local music scene; what’s your favourite local venue, are there any record labels or stores we should look up, what’s the scene like where you’re from?
George: There's not too much going on that's local to me, really. I guess Camden is the closest ‘scene’ to my place, geographically, but I don’t necessarily think it has a very good scene at the moment; it seems to be all nostalgia acts. There are some decent venues though. I guess Dingwalls is probably my favourite, although I haven’t been for some time now.

Name one track/band that you love from the past.
Our guitarist Doug recently got me into Up on the Sun, by the Meat Puppets. I think that’s a really cool album.

Name one track/band that you’re loving right now.
Unknown Mortal Orchestra, another band Doug showed me, actually. I think both albums are great, but listen to the Blue Record, which is an acoustic EP. I love the production on it. Their cover of ‘Rà-àkõ-st’, by Lindstrøm is also a gem.

Name one track/band that you think we should listening out for in the future.
BADBADNOTGOOD and Ghostface Killah are releasing an album in February, I think. I'm really excited for that. BBNG are one of my favourite bands at the moment. Also Bare Pale just put out some new tracks, which I love.

What are you up to now?
Right now we're getting ready for the EP launch show at The Scotch of St James on 20th November. We have a show before that too, supporting King Gizzard & the Lizard Wizard at The Shacklewell Arms on 10th November, so business as usual really. We’re recording and writing some new songs as well.

What can we expect from you next?
As far as I'm concerned the 2nd EP is done, just finished it, unless we write any better songs. I want to put that out as soon into the New Year as possible really.