Spielbergs have been on our radar for a while, and they don't seem to be slowing down for anyone. 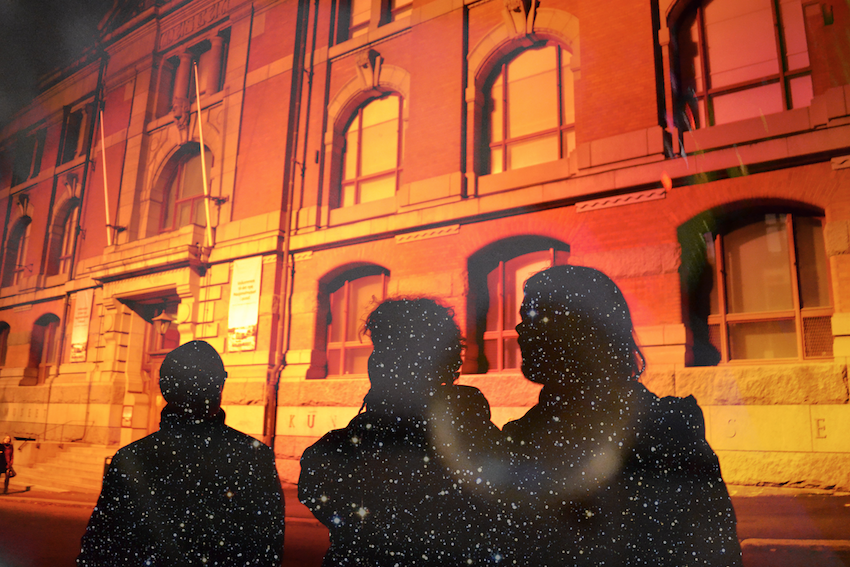 Spielbergs have been on our radar for a while, and they don't seem to be slowing down for anyone.

Spielbergs are absolutely fantastic songwriters. And it won't take you long to realise it.

Working backwards from the Oslo-based band's electrifying latest single '4AM', the first shared from their debut album This Is Not The End; you'll hear Springsteen choruses, driving guitars and relentless punk rhythms. When overlaid with the earnest, almost pleading vocals of Baklien, the result is a powerful and invigorating message. And, taking a step further back to their debut single and opener to their debut EP, 'We Are All Going To Die' and you'd be hard pressed to find someone to disagree.

The same relentless power almost masks the delicate little guitar lines skipping through the powerhouse riffs, but they're there if you listen hard enough, like little punk fairies. As a debut single, 'We Are All Going To Die' is astounding. And several publications questioned how they would follow it at the time of release (the answer, is with '4AM'). In fact the entirety of their debut EP, Distant Star is just incredible. It's been on regular rotation in our office since release, and I imagine it'll only be replaced with This Is Not The End.

RAW MEAT: Tell us about your local music scene; what’s your favourite local venue, are there any record labels or stores that we should look up, what’s the scene like where you're from?

MADS: One venue that has kept us busy ever since Spielbergs became a thing is Blå. It´s a really cool place by the Akerelva river with a lot of cool people working there. They put on a lot of really good acts and it is always a blast playing there. A highlight for us was when we supported Cymbals Eat Guitars last year. A fantastic band! And really nice guys.
We have a bunch of great labels in Oslo. But I want to mention two labels that mean a lot to me, because they have released a lot of great music in general, AND because they have been really supportive of Spielbergs from the start.

Fysisk Format is a label that has released so many of the Norwegian acts and albums that I have listened to and been inspired by over the years. And they just keep on going! They’re, simply put, one of the most important institutions of the Oslo, and Norwegian, indie music scene. And the head honcho, Kristian Kallevik, is the guy that dragged our English saviours James Parrish and Jay Taylor to the Spielbergs’ show at the Trondheim Calling showcase festival last year, which led to them signing us with their excellent label By The Time It Gets Dark. Also, the label Fysisk Format is running from the legendary Oslo indie record store Tiger, which is an absolute must to visit, should you be visiting Oslo.

Another great record store in Oslo is Big Dipper. Be sure to check that out as well!

The other Norwegian record label that I need to recommend is Furuberget. Run by two young and aspiring guys, Ole Torstein Hovig and André Lersveen, who have had our back since the very beginning. They were the ones that first signed us, and made all that have happened ever since possible. They have many other great acts on their roster: Uno Møller, Posterboys, Killer Kid Mozart, Wild Fauna, Mt.Mélodie, the list goes on! You need to keep this label on your radar.

Name one track or band that you love from the past.
‍There are so many songs and bands I could pick for this one, but I’ll go for this 16 year old (!) gem. The other day I was listening to Hot Snakes’ album Suicide Invoice from 2002. Which, by the way, is an album that means a lot to me. It had been a really long time since I listened to it. And when the third song 'XOX' came on I remembered that it is one of my favourite songs ever. And I thought, “Why am I not listening to this song all the time?” It has such a cool vibe and tremendous energy. And every guitar riff and line is absolutely perfect. John Reis is my GOD. I also love their latest album Jericho Sirens.

Name one track or band that you're loving right now.
‍Phoebe Bridgers’ song 'Funeral' from the 2017 album Stranger In The Alps breaks my heart. This song hits me on so many levels. The vocals, the lyrics, the chords and the overall production is just exquisite. It’s so tender and sad. The album in general is really great, but this song just really destroys me.

Name one track or band that you think we should be listening out for in the future.
I want to recommend the Norwegian band The Basement Shake. I think they only have two tracks out there at the moment. 'Anybody Else Would Have Left' is brilliant. So is the other one. It sounds dangerous and dirty. The riffs are vicious and the vocals are soft and lazy. It sounds really great. I think it’s produced by another one of my heroes, Emil Nicolaisen, from the fantastic band Serena Maneesh. Earlier this year, we had just finished a band rehearsal, and our drummer Christian was going to this show with this band The Basement Shake. Our bass player Stian and I hadn’t really listened to them before. And all of us were absolutely blown away. It was a great show. Now we’re all fans! I believe there is a lot more greatness to come from that bunch.

What are you up to now / what can we expect from you next?
‍We are currently working on new songs, and we have a lot of them! We are also going to play a lot of shows. Stay tuned!

Tickets go on sale for Spielbergs first ever UK headline tour today. Get yours here.