Teen Creeps are neither teens nor creeps and so we weren't at all unsettled by their answers to the questions that we ask everyone. 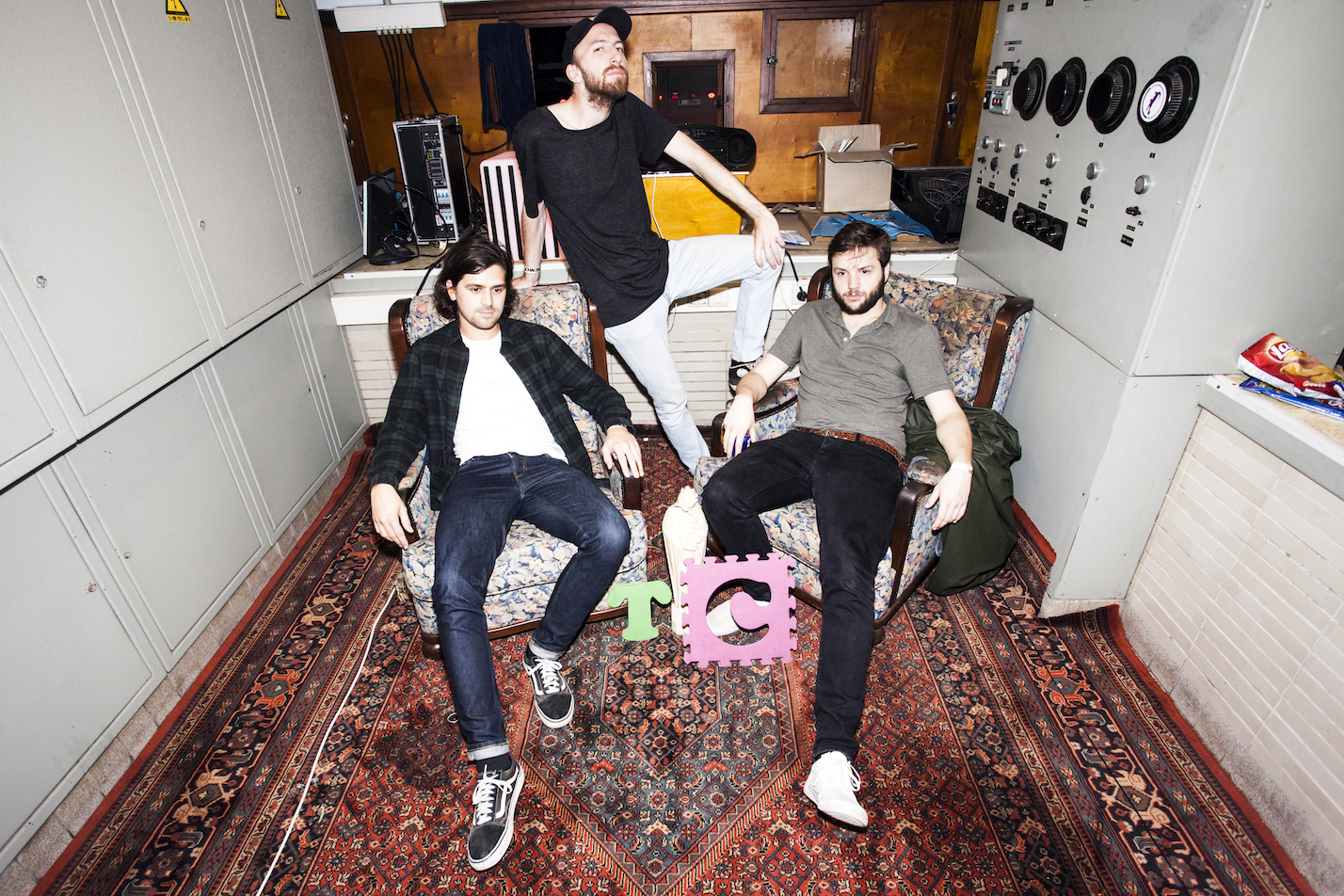 Teen Creeps are neither teens nor creeps and so we weren't at all unsettled by their answers to the questions that we ask everyone.

Teen Creeps are a band whose music reeks of nostalgia; with stuttering drums, fuzzed out guitars, beefy bass lines and utterly mesmerising vocals. They combine the scream-to-falsetto of the Pixies with grunge riffs and punk bpm's. We are completely and utterly addicted.

To sate our obsession and to celebrate Teen Creeps' new single 'Hindsight' hitting the web waves, we got down to business and asked them the only questions that really matter.

RAW MEAT: Tell us about your local music scene; what’s your favourite local venue, are there any record labels or stores that we should look up, what’s the scene like where you're from?
TC: Two of us live in Ghent, the place where we started out and still rehearse. It’s a beautiful city with a lively music scene. Most in thanks to the amount of great bands we have here: Amenra, Raketkanon, Oathbreaker, Soulwax... That’s all Ghent.

But also because there’s always something going on and there are a lot of places to play. Vooruit is probably the biggest venue, but most of the times we go to shows in bars like Afsnis, Kinky Star or Fatima. Cool stuff also goes down in Nest, Trefpunt or Charlatan. Every year for ten days straight there are bands playing all these places till the early morning during the ‘Gentse Feesten’. Pretty crazy.

The best record stores are probably Music Mania and Consouling Store, which also has a label and is four houses away from our favourite lunch spot Barbiet.

Name one track or band that you love from the past.
So much to choose from! Gonna go with Neil Young - ‘Cortez the Killer’. Total classic.

Name one track or band that you're loving right now.
‘USA’, the first track on Jeff Rosenstock’s new album. That’s the song that only recently got me (Joram) into his music.

Name one track or band that you think we should be listening out for in the future.
‘Thinning’ by Snail Mail. They are so young and it sounds so good. Very excited for their album.

What are you up to now?
We’re currently planning shows, making a video and all that stuff. But we also started writing a second LP already. It’s about halfway done.

What can we expect from you next?
The album is coming out 06/04/18 on PIAS. We are gonna drop one or two more tracks before it gets released. And we are announcing more shows in and out of Belgium soon.

At Raw Meat Towers we already have our copy of Birthmarks and it's so good it makes me angry. Every song is a developed slice of raging guitar lines and emotionally volatile lyrics. We're already ready for round two.