Ireland's The Shaker Hymn are releasing their album Do You Think You're Clever via Heavy Noids Records tomorrow, so let us help you get up to speed. 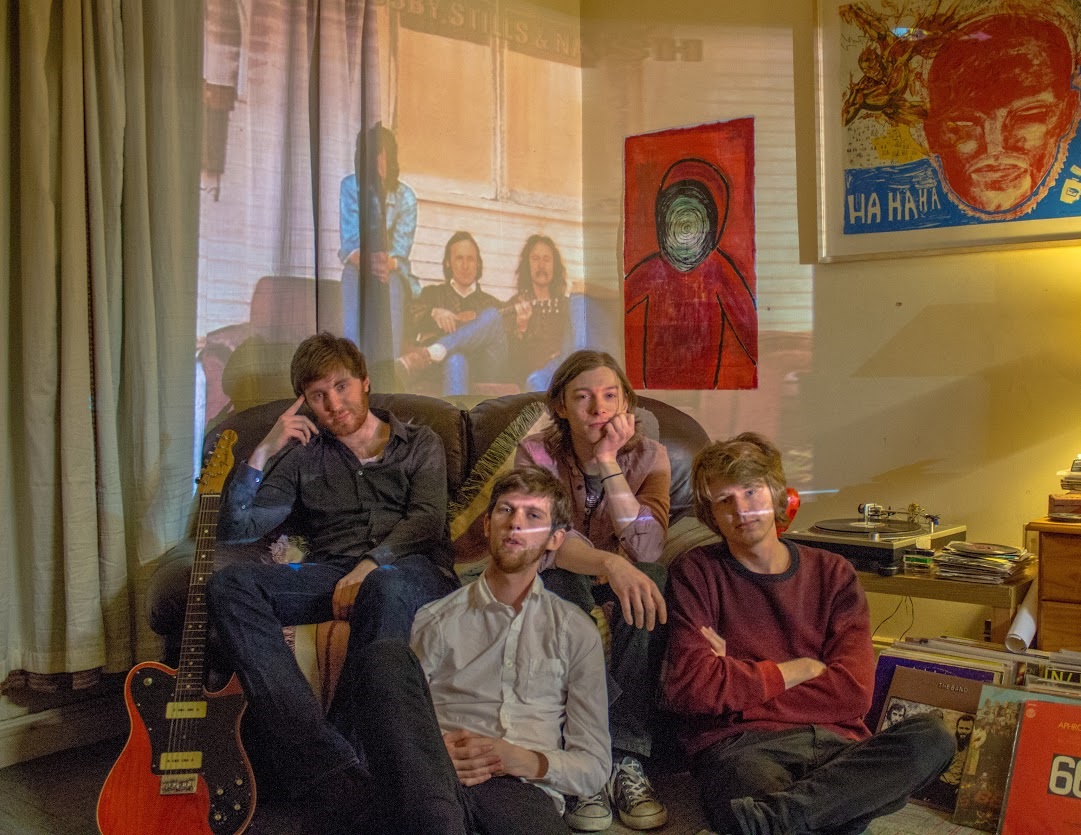 Ireland's The Shaker Hymn are releasing their album Do You Think You're Clever via Heavy Noids Records tomorrow, so let us help you get up to speed.

The Shaker Hymn are a likeable mix of alternative indie and pop; their hooks are strong, with a romanticism in their writing. They're also very genuine - the sort of artists that make you realise what it is that fakers are faking. We think you'll like them.

RAW MEAT: Tell us about your local music scene; what’s your favourite local venue, are there any record labels or stores that we should look up, what’s the scene like where you're from?
The Shaker Hymn: We're from Cork in south of Ireland. It's always had a major music scene that seems to belong on it's complete own terrain and it's no different right now. It's a small enough city that musicians, DJs, producers, all mix with each other and with artists, writers, poets. We're very lucky in that regard - it's a nice mixing pot which results in a lot of interesting projects, very supportive. Right now, my favourite venue is a little out of the way of "local". About an hour west of the city there is a very special venue called Connolly's Of Leap which reopened in January. It was closed over 10 years ago and was somewhat famous for being one of those off the beaten track/ right of passage venues. People are very glad to see it open again. The walls speak to you. Plugd Records is it's own institution based in Cork City. It's the centre of that mixing pot I was talking about. Albert, who works there runs Penske Records who just put out the new The Altered Hours record with Art For Blind Records - all of those guys are important to us. They're supportive and interested in the experimental and are a real backbone for people and artists here.

Name one track or band that you love from the past.
I've appropriately had one of my favourite tracks on repeat all this week. Bobby Hebb - 'Sunny'.

Name one track or band that you're loving right now.
Can I pick two please? They have both been on non stop lately. Happyness - 'Weird Little Birthday Girl' and Rozi Plain - 'Actually'.

Name one track or band that you think we should be listening out for in the future.
The Great Balloon Race are a band from Cork, they are hopefully going to be releasing something soon. To me, they sound like they're kind of bridging a gap between Sun Ra and Midlake. Who knows. They rock very hard and they keep me guessing anyway. Which is what I want from music.

What are you up to now?
Personally, like right now - I'm about to walk out to the river and go for a swim.

What can we expect from you next?
We have our new album Do You Think You're Clever? out tomorrow and we'll be touring that around here and abroad for the rest of the year. We're always keen to keep moving. Whether that's in a car or on a record - we'll see what happens. We'll be writing and writing and drive, drive, drive and then write some more. So we'll be in UK later this year and we'll do some more recording at the end of the year. When all the sun goes away again.