TRASH have shared their latest track '81', and because we just can't get enough of their clattering dream riffs, we thought we'd get to know them better. 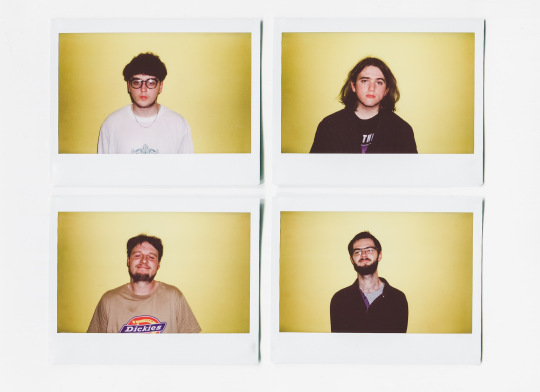 TRASH have shared their latest track '81', and because we just can't get enough of their clattering dream riffs, we thought we'd get to know them better.

They call themselves indie, but we don't think that word means anything anymore, so let's just call them TRASH. This latest spacey bombshell is the second track taken from their self-titled EP, out next month on Clue Records. Every song we've heard from them over the past year has been full of sunshine, crackling guitars and a charming feigned disdain. From the sounds of '81' and 'Migranes' the EP is going to be worth the wait.

RAW MEAT: Tell us about your local music scene; what’s your favourite local venue, are there any record labels or stores that we should look up, what’s the scene like where you're from?
TRASH: They've just opened this big venue called The Avenue which has a similar layout to o2 Academy Sheffield and a similar capacity I think. The only downside is it looks like it's been decorated to look like your 40 year old uncle's music room (mod posters and union jack paintings on the walls etc). It's better than nothing though I suppose. They've just had old punk band Stiff Little Fingers play there and my dad was buzzing off his tits. There's two record stores. One is called Vanishing Point Records which is run by a bald man and the other is called Tall Bird Records which is run by a tall bird.

Name one track or band that you love from the past.
Anything by Hard Fi (the song isn't called 'Anything', I literally meant anything).

Name one track or band that you're loving right now.
'Obligatory Drugs' by Black Kids.

Name one track or band that you think we should be listening out for in the future.
Gawjuss.

What are you up to now?
Answering these questions

What can we expect from you next?
Gonna catch up on Love Island.

See TRASH live at the below dates: