when?
September 7, 2017
Where?
Lulworth Estate
Dorset

As the weather is currently making London look like wet newspaper, we’re gazing longingly into the future at the (fingers crossed) Indian Summer of Bestival 2017. 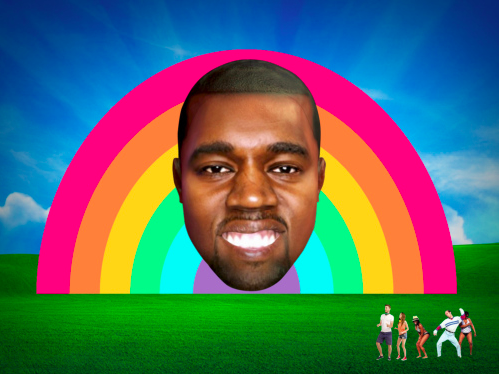 As the weather is currently making London look like wet newspaper, we’re gazing longingly into the future at the (fingers crossed) Indian Summer of Bestival 2017.

The line-up this year is true to Bestival years of yore. It’s eclectic, full of surprises and yet still packed with bucket-list headliner classics. And as the vibe of Bestival is as varied as it is positive, we’re going to try and cover as many of the sneaky nooks and flamboyant crannies as we can, while avoiding to write a book (there's a lot to see).

If you head to Caravanserai we would strongly recommend checking out The Turbans. An international collective that bring sounds from traditional near-eastern and eastern-European styles together with their own compositions. Their sounds is crazy, swinging, amazing to dance to and their live performances are jaw-dropping.

Next let's delve into the Invaders of The Future stage. Right up our alley.

Klangstof is the brain noise of a talented guy called Koen. Growing up in a remote area in the middle of Norway with a limited budget and no one to start a band with, Koen taught himself how to play and record. It's deeply Scandi, conjuring huge soundscapes and guitar dales, while drum machines pepper his musical landscapes. It sort of makes you want to dance and cry at once.

If you're feeling lively and weird, definitely watch TRAAMS play. They're a bit Kraut, a lot post-punk and slightly Brakes-ian in their vocal urgency. Whatever they are, we think they're great and have done since 'A House On Fire' made us rip out our earphones and destroy them in anarchic bliss. That was a while ago now though, so we're pinning our hope on some new material and fresh mayhem.

We've been pretty vocal in the past about our desperate love and admiration for Chastity Belt, so no surprises that we'll be hanging on the barriers to see them live. Their dark and unfathomably beautiful record I Used To Spend So Much Time Alone came out in June, chiselling their third and finest full-length album into our hearts forever.

Finally (for this stage, at least) Honeyblood. Of course Honeyblood! Killer single 'Babes Never Die' was so nostalgic it aged you as you listened to it. The Glaswegian's acid-bitter sugar-sweet sound feels rounded, whole and eerily perfect. Expect an incredible, shufflingly humble live show.

The Box looks like a great place to see some not-quite-massive-but-nice-and-a-bit-big bands, including queens of the night, Skinny Girl Diet. If you cast your eye higher towards billy big stage, The Castle you'll find National Treasure Dizzee Rascal (expect new album and old bangers galore), Pet Shop Boys (if I wanted to see one person running up and down and another one ignoring me I'd hang out with my cats) and the charming foot-starers The XX. But most importantly of all you'll find the hero our country needs, our yin to Dizzee's yangarang; Loyle Carner.

If you don't know Loyle Carner, shut up and stop lying to us. The 20 year old South Londoner is an incredible lyricist, genuinely making student loans sound sexy. And commanding beats and basslines with a flick of his wrist. He is without a doubt one of the best rappers, nay artists that this green and pleasant land has produced in recent years. We don't expect to get within a mile of the stage. But that's cool. We're not worthy.

There's also all the usual fun of the fair, which this year terrifyingly includes the world's largest confetti canon and a huge sculpture of Kanye's head, smiling. Avoid those at 3(ket)am.

If you missed our chat with Skinny Girl Diet ahead of their Bestival performance, check it out here.