Chris Patmore's incredible photos implore you to get up, get out and buy records. 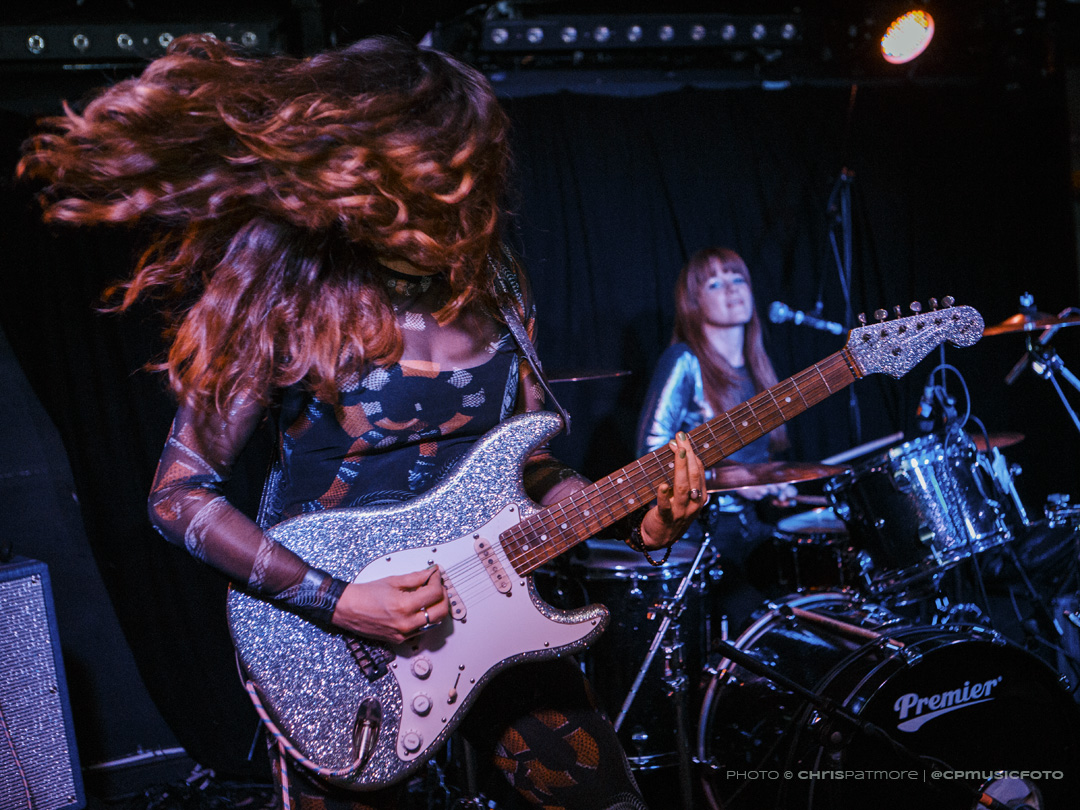 Chris Patmore's incredible photos implore you to get up, get out and buy records.

Although the music industry is continuously bemoaning the fact that it is in crisis (i.e. the mega corporation record companies can no longer exploit musicians for profits the way they used to), there is no shortage of new music being released by independent musicians and labels. In the space of a week I went to four EP/ LP launch gigs, including our friends at Roadkill Records releasing the Muertos album Suck It Up. Apart from online streaming, there are plenty of physical releases (vinyl records, CDs, cassettes) but distribution is often the problem (Bandcamp is your friend).

This is where the launch party/ gig comes into its own, by giving a live performance of some of the tracks, and making the release in question available to buy on the evening, along with t-shirts and any other merch.

The launch party for Lara Smiles’ debut album was a spectacular affair at Sebright Arms in Hackney 30/08/18, more for its lineup than anything else. Opening the evening, a little behind schedule, was Elizabete Balcus, a musician and performance artist from Latvia.

From the outset it became clear that the wait was worth it. In these days of carbon-copy electro-pop and three-chord garage punk, originality is a rare commodity, but between her performance and her musicianship Elizabete’s set was quite unique. Soaring vocals over electrobeat loops enhanced by adept live flute playing and a fruit-based synthesiser of which the main components were hurled into the mesmerised audience at the end of the set. Obvious comparisons could be drawn with Bjork, but Elizabete is one of a kind.

And speaking of one-off originals, the imposing dreadlocked figure of Mobius Trip MOB striding through the audience with a megaphone marked the arrival the evening’s second act. Again, loops featured heavily, but with a live drummer and Mobius slinging and strumming his fuzzed-out bass guitar. Where Elizabete was ethereal, Mobius was far more grounded in hazy urban realities with vocals delivered in a rich timbre that occasionally morphed into grunts and growls. These two performances weren’t so much chalk and cheese as yin and yang.

Long-time favourites The Purple Lights brought a change of pace. Another guitar and drums duo, they eschew the usual punk/ garage favoured by most for an original sound that embraces psychedelic rock and reggae with a dash of metal thrown in for good measure, and lyrics with social conscience. What can be better than something thought-provoking you can dance to?

The main event for the evening was the launch of Lara Smiles’ album All For You. I’d had a preview the previous week when Lara played a solo set to open the We Can Do It Summer Weekender, one of the last live music gigs at Lock Tavern in Camden, before it becomes yet another gastro pub. Although the solo set showed off her guitar and vocal skills, the addition of bass and drums (with Sara from The Pearl Harts on the sticks) really filled out the sound to what it was conceived as.

There is very much a psychedelic rock edge to the music, with just enough pop sensibilities to prevent it from getting too shoegazey. And Lara’s voice has both power and sweetness, which, combined with her guitar chops and great stage presence makes for a heady mixture. The album is a fantastic collection of songs with excellent production, but the rawness and immediacy of the live performance is how music should be heard (in my opinion anyway). Of course, if you go to a gig you can get both by buying the album to listen to at any other time, while directly supporting the musician. Everyone’s a winner.