A dream line-up in London, through the eyes and ears of Chris Patmore. 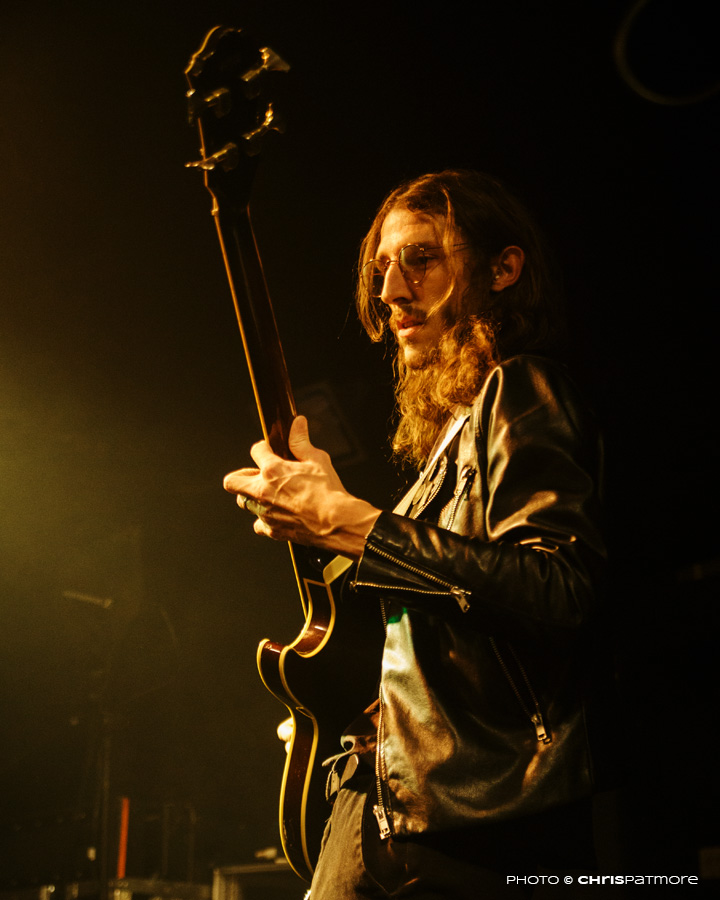 A dream line-up in London, through the eyes and ears of Chris Patmore.

Despite the proliferation of guitar-and-drums duos, it is good to see that the power trio is still very much alive, with both Dinosaur Pile-Up and Demob Happy representing the classic guitar/bass/drums three-piece combo, with differing degrees of intensity. Their current tour of the UK also includes Leeds five-piece noise machine Fizzy Blood.

The first (and only) time I’ve seen Fizzy Blood before was in August 2014, when they opened for Dead Kennedys at Koko. The fact that I remember means that they must have left an impression. Three years on, despite still being the bridesmaids, they held their own at The Garage in Highbury.

The stage at The Garage is smaller than that of Koko, so the band were somewhat restricted in their movement, especially as they had the drummer front and centre of the stage (where drummers should be, and not hidden away in the dark at the back). However this didn't hinder their aural onslaught, nor the energy of their performance. Given that it was an early start (they were on stage at 7), they weren’t playing to anywhere near the capacity crowd that was expected, but those that were there for the other bands were soon caught up in the good old-fashioned heavy rock ’n’ roll that they put their own glorious stamp on.

The band will be doing their first London headline show in February at the Camden Assembly. Tickets are available now.

Fizzy Blood decamped the stage for Demob Happy, keeping the drum kit up front, and leaving plenty of room either side for the guitar and bass. Demob Happy may not have had the youthful energy of the preceding band, but turning it down a notch was what was needed to catch a breath. That’s not to say they were slouches, by any stretch of the imagination, and they're a perfect precursor to Dinosaur Pile Up, having shared a stage on previous occasions prior to this tour.

By the time the headliners hit the stage, the room had filled and absolutely everyone was very literally ready to rock. DPU have certainly picked up a larger audience since the first time I saw them, and an avid one at that. They joined in the songs, sometimes drowning out Matt’s vocals, much to the band’s delight, who were genuinely stoked to be playing to packed a venue that had come to see them, rather than as just another band on a festival roster. At this rate, it won’t be too long before DPU will be headlining a festival, with these particular tour buddies no doubt not too far behind them.