We like Frauds so much that we might have to steal their motto as our own, “We take the music seriously but we don't take ourselves seriously." 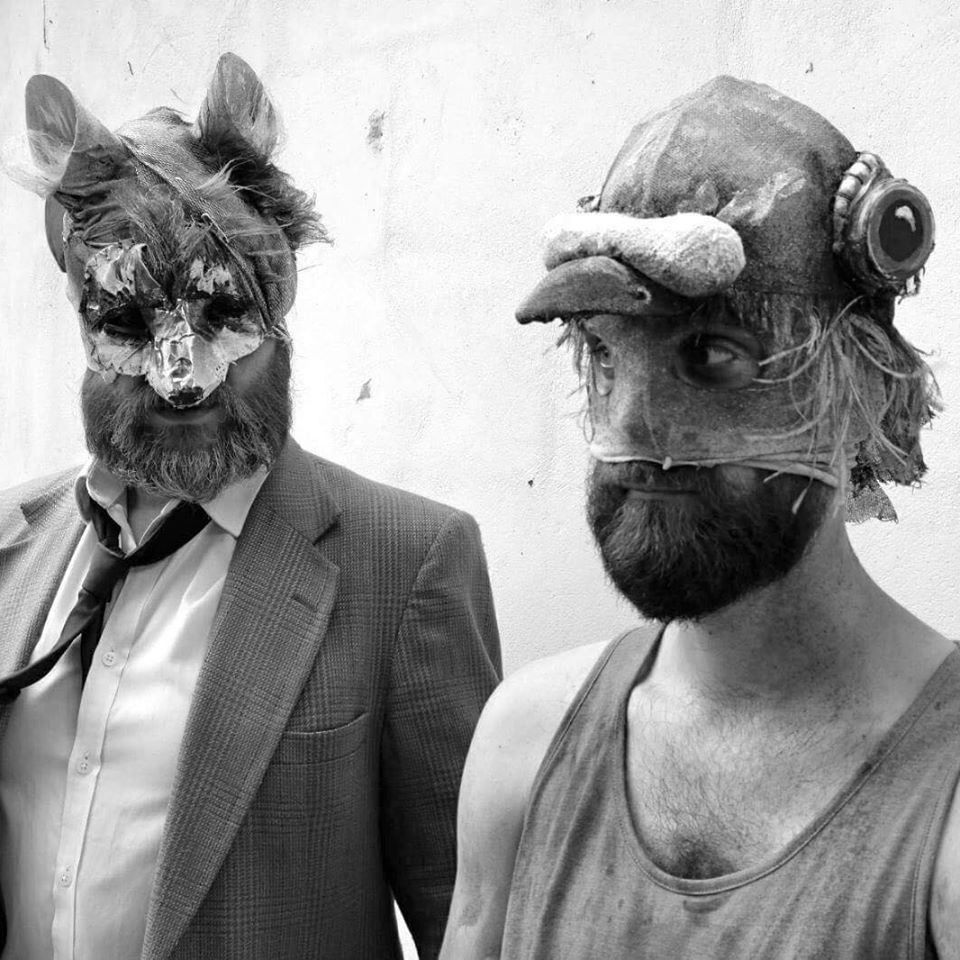 We like Frauds so much that we might have to steal their motto as our own, “We take the music seriously but we don't take ourselves seriously."

Frauds frenetic riff-n-shout combo tunes grab your attention by the throat and give it a whimsical shake. Recently we've been playing them nonstop at Raw Meat towers, in a vain attempt to absorb their songs' experiments and explosions into our daily humdrum.

Their debut album With Morning Toast & Jam & Juice came out towards the end of last year on the excellent Till Deaf Do Us Party and they're about to head out on tour with the equally excellent JOHN. Expect energetic live shows, taut drum fills and snow-crunching riffs.

RAW MEAT: Tell us about your local music scene; what’s your favourite local venue, are there any record labels or stores that we should look up, what’s the scene like where you're from?
FRAUDS: The music scene in Croydon is pretty much non-existent. There are good bands around but nowhere for them to congregate. Ten years ago there was The Cartoon Club, The Black Sheep Bar, plus a few others. All have closed. A couple of years ago we began our own Croydon based night at a place called Hoodoos. It was going well but then that closed down too. We want to start it up again but the venue options are fewer and fewer. It’s a sad state of affairs.

Name one track or band that you love from the past.
I love the late seventies band This Heat. Their album Deceit is definitely a treat for any reader of Raw Meat.

Name one track or band that you're loving right now.
Last year we went on tour with Jamie Lenman. I’ve been listening to his new album a lot recently and love the song 'Bones'. It has a sweet, sexy, moody sax solo in the middle and a nasty guitar solo at the end. Love it.

Name one track or band that you think we should be listening out for in the future.
The band JOHN. They released their debut album God Speed In The National Limit around the same time as us towards the end of last year. It’s killer!

What are you up to now?
At the beginning of February we’re going on a co-headline UK tour with JOHN. We’ll be in Edinburgh, Bristol, Cardiff, Birmingham, Manchester, London and Oxford (JOHN only).

What can we expect from you next?
Apart from the tour we’re writing new material for the next album and will have a new video out soonish. Keep close.