Psychedelic surf rock from Grimsby UK. Some of the Sewer Rats lads have let go of their anger, and it sounds great. 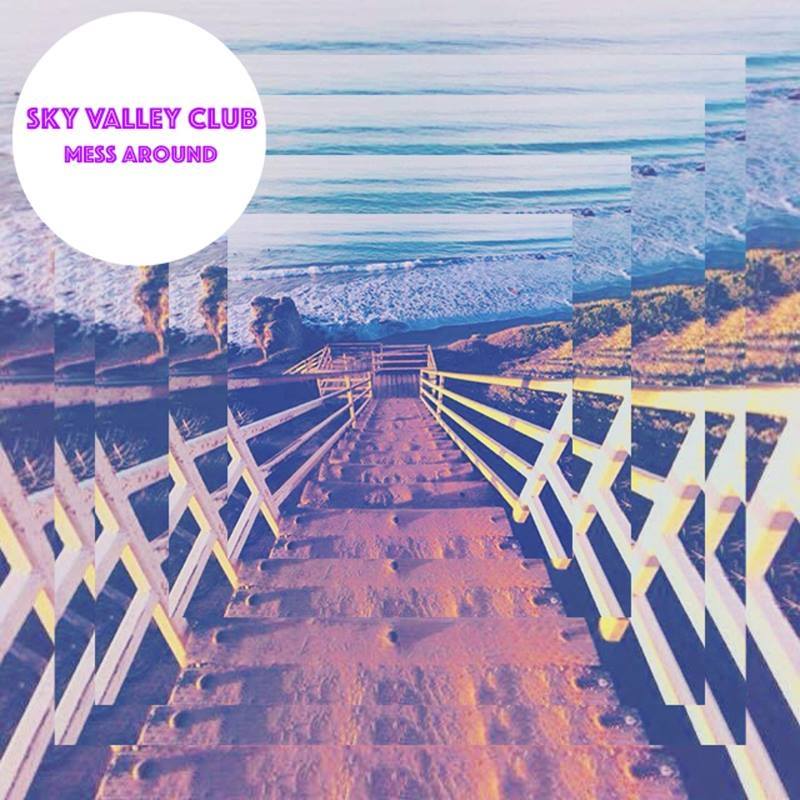 Psychedelic surf rock from Grimsby UK. Some of the Sewer Rats lads have let go of their anger, and it sounds great.

If you read Raw Meat often you'll know we're pretty big fans of a certain riff-heavy, Fluffer Records-signed, Motorhead-loving bunch of scamps called Sewer Rats. And, although a few of the rats themselves are involved in Sky Valley Club, we're pleased to say we're not just fan-following.

This new, more fun-loving direction packs just as many riffs, hooks and punches; they're just all delivered with kid gloves. Their debut EP was self-released earlier this year and feels like it was written organically through jam sessions, rather than hanging everything on a guitar riff. It's a great development for a group of musicians that manage to make whatever they do sound like it's about to burst at the seams.

RAW MEAT: So where did you guys come from? Are Sewer Rats still a thing? Who's the new lad?
Luke: I don’t really know how it started really, me and Dyl (one of the new lads) have wanted to be in a band together for a long time so it kind of went from there. I’ve been wanting to do something different, something chilled and surf rocky for a while now, so this was the perfect opportunity. Deano was always up for it then we got Moz (other new lad) on board and went from there.
Sewer Rats are still alive and kicking, we can assure you of that.

Name one track or band that you love from the past.
Luke: Tame impala – 'Solitude is Bliss'. The whole of InnerSpeaker is quite special though.
Dean: The song I love from the past probably has to be 'Cute Without The E' by Taking Back Sunday. Was obsessed with them as a young teenager going through that awkward stage.
Dyl: The Smiths - 'This Charming Man' is one of my all time favourites. Brings back so many good memories.
Moz: My favourite band from the past is William Bonney. Not many people know who they are but they're definitely one of the best bands from the emo scene.

Name one track or band that you're loving right now.
Luke: Mac Demarco – 'The Stars Keep Calling My Name', I think I’ve had it on repeat in the car for about two weeks now.
Dean: Not really a band but Migos - 'Bad Boujee'
Dyl: At the minute I'm loving Diiv - 'Doused'. It's an amazing song with a mad bass riff.
Moz: The one track I'm enjoying most at the minute is 'My Kind of Woman' by Mac Demarco. Probably mainly because of the ridiculous video.

Name one track or band that you think we should be listening out for in the future.
Luke: No Nothings were in the studio the other day, so you should definitely look out for the result of that. One of my favourite bands that we’ve shared a bill with, pure class.
Dean: - Sky Valley Club. Nah, on a serious note theres a lad from Immingham who’s in a band called Corrella, You might of already heard of them but they’re pretty catchy.
Dyl: I've been listening to Pretty Vicious quite a lot. They already have a pretty good following but are definitely underrated in my opinion.
Moz: All my answers are vastly different but I'm looking forward to new Chamber of Malice stuff. One of the heaviest bands around.

Where did your sound come from? Is it more influences or experiences? It's a more chilled departure from the 'Rats stuff. You can still hear it under the surface though.
Luke: I think the sound has come about due to a number of things; a lot of surfing, time spent in the sea and on the beach has taken place which has turned me into a bit of a hippy, the ambition to try something different in regards to the genre and style, and probably just playing with different musicians who I think (hope) want to make the same happy, chilled music.
You can definitely still hear rats in there though with Deano on the drums, the boys a talent.
Dean: It started with big influences from Tame Impala, but we’ve slowly started to find our own sound. But yeah, it’s pretty chilled in comparison to Sewer Rats, I don’t almost die after playing a song.

What are you up to now?
Luke: We’re in the process of recording a second EP, which will be released probably towards the beginning of Summer. More ‘happy’ vibes and some real sexy guitar melodies and solo’s from Moz.

What can we expect from you next?
Luke: Hopefully loads of gigs. We’ve got a few booked at the minute but nothing down south unfortunately, BUT there are some in the pipeline so hopefully they come good and we can get down to London Town.

Speaking of which, you can see Luke and Dean playing in Pale Days (previously Sewer Rats) at the Roadkill Records Summer Weekender in Camden, 06/08/17.