As Fluffer Pit Parties grow in numbers and reputation, their DIY danger might be dwindling, but the quality of acts certainly isn't. 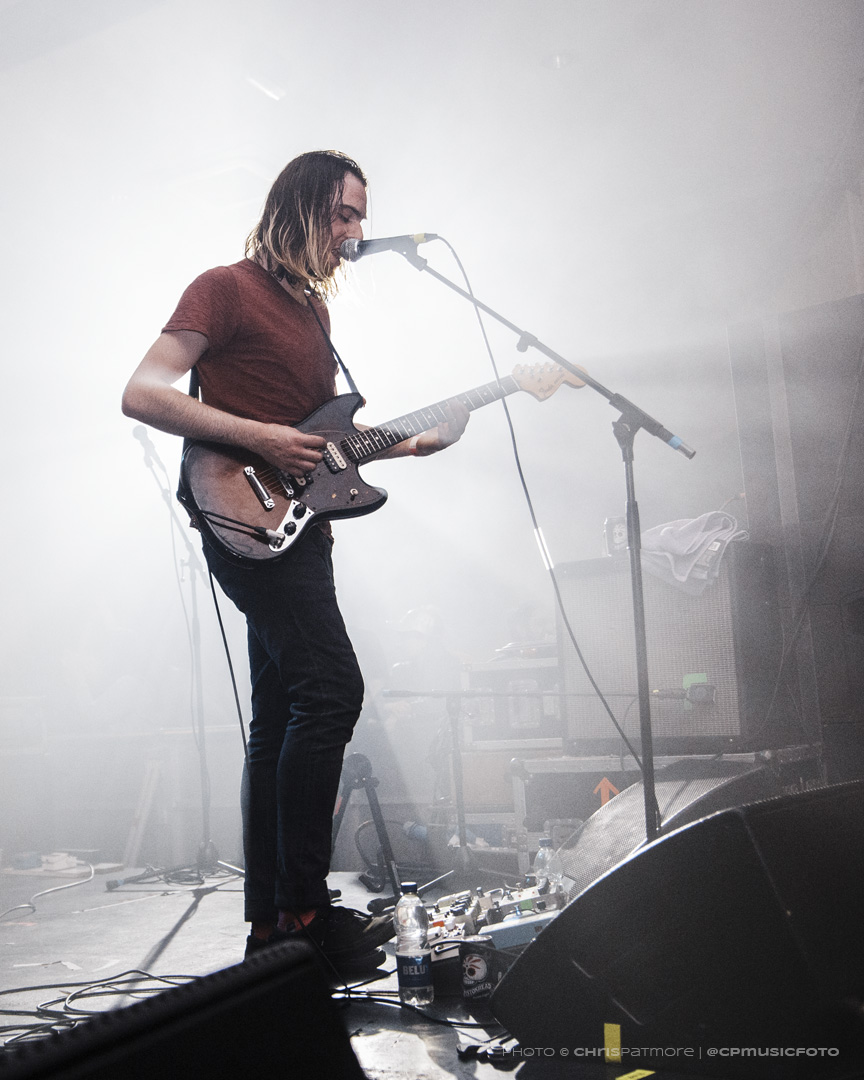 As Fluffer Pit Parties grow in numbers and reputation, their DIY danger might be dwindling, but the quality of acts certainly isn't.

It is somewhat ironic, or maybe paradoxical, that the success of Fluffer Pit Parties has meant that they have lost some of the danger that made them attractive in the first place, and yet because some of that edge has gone they are now attracting larger audiences, which means they can book better-known bands who don’t necessarily bring audiences that want to take part in unabashed moshing.

Personally, I never attended the earlier Pit Parties, in spite of the great line-ups of up-and coming bands, because of the moshing and the lack of lighting to photograph by. When last year’s big Pit Party happened in November at the historic Coronet in Elephant and Castle I figured it was time to overcome my trepidations and take the plunge, and it turned out to be one of my favourite gigs of the year. There was a proper barrier that provided the sort of pit I’m more familiar with - the photographers’ pit, but with the added advantage of 360° access (more or less) instead of the usual front-on view. Finally, a gig where it was possible to get some great drummer shots. While The Black Lips certainly got the audience energised, things never got completely out of hand (possibly due to the presence of professional venue security).

Fast forward six months and another Pit Party was ready to rock the core of London’s underground music aficionados with headliners Pulled Apart By Horses, a band I’d yet to see, having missed their previous London gigs. Although the presence of Baba Naga on the bill was enough to attract me. The other two acts were unknown quantities.

This latest edition was held at the Hackney Arts Centre in Dalston. And, as is tradition, the stage was set up in the middle of the room so that the punters can view the bands from anywhere, although, for the most part the bands were facing in one direction dictated by the placement of the drum kit. To be fair, this gig wasn’t being put on with U2 or Metallica money, so there was no revolving stage or drum riser, but the band members that could move did play to all sides of the stage.

Opening act Girls in Synthesis hit the stage shortly after seven and played a noisy, down-and-dirty set to a fairly small crowd. I suspect the first warm and sunny day kept people away, coupled with the evening before a long weekend.

Next up were Baba Naga. I’m a fan of this psychedelic power trio, so my views of their performance may be slightly biased, but the word transcendent is what kept springing to mind as their stunning guitar music elevated the soul, so much so that at times I was so lost in the music I forget to take photos. I know that psych-rock is a bit niche for general audience consumption, but Baba Naga are a world-class act that deserve a lot more recognition. They will be playing the Roadkill Records big summer gig in August, so if you haven’t seen them yet, they are one of many reasons to get along.

After that performance, Husky Loops were, unfortunately, something of an anticlimax, which wasn’t helped by the fact that I was completely unfamiliar with the work. For the most part, at least to my ears, it felt a little too poppy. That’s not to say they weren’t good, because they had plenty of very vocal fans in the audience.

By the time Pulled Apart by Horses hit the stage, there was a decent crowd in the room. It was not full, but it is deceptively large, leaving plenty of space for moshing without disturbing the more genteel members of the audience. From the outset PABH were in full-throttle mode, making full use of the stage and beyond. They were the epitome of a full-on, high-energy rock band that easily gave previous headliners The Black Lips a run for their money.

Here’s hoping that Fluffer keeps putting on this level of Pit Parties, with great bands in interesting, decent-sized venues that are neither too big nor too small to retain the party atmosphere.