Apparently it takes 100 years for something to be a tradition by definition. So us lot and the Roadkill Records team have got our work cut out. 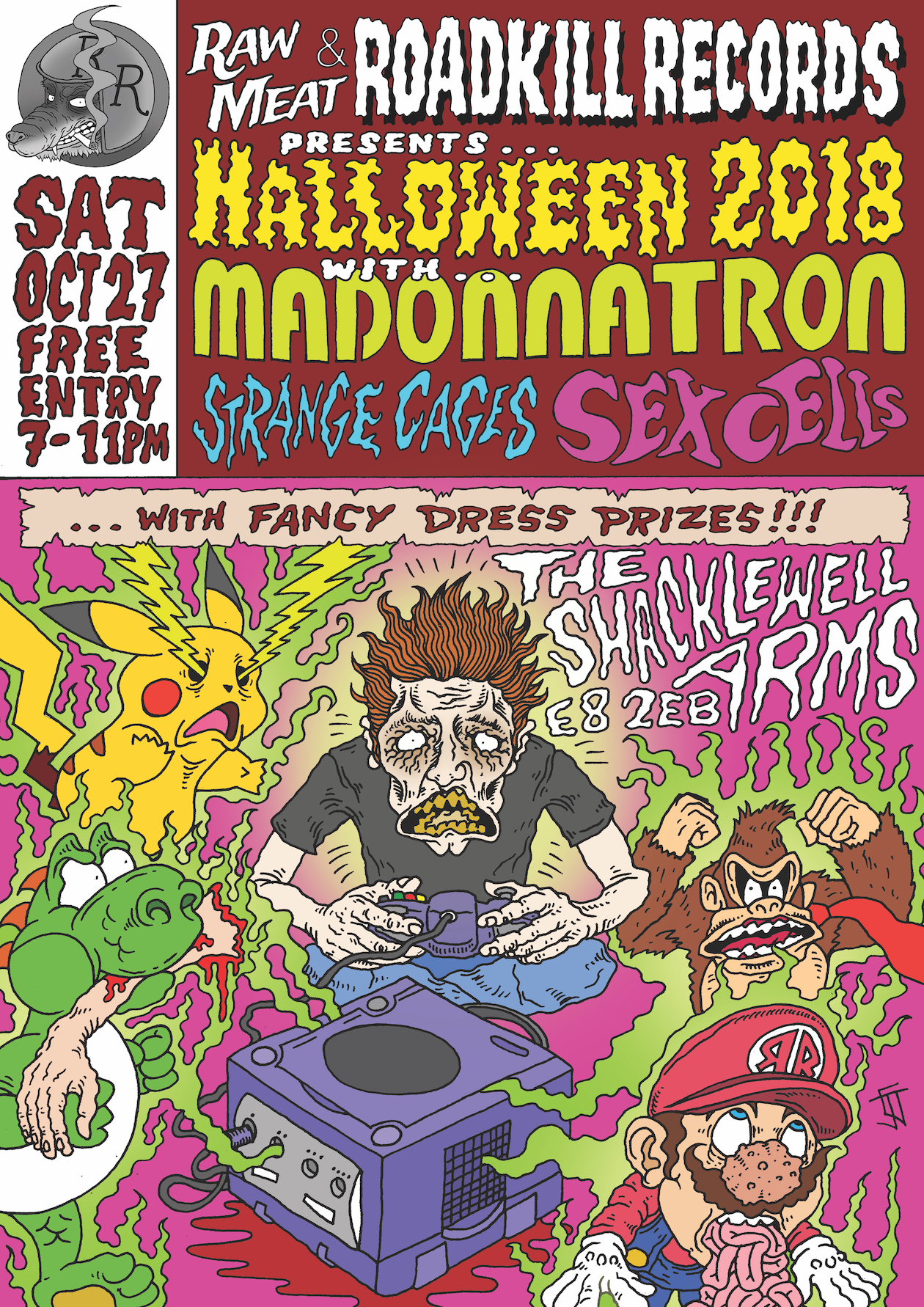 Apparently it takes 100 years for something to be a tradition by definition. So us lot and the Roadkill Records team have got our work cut out.

We had so much fun at our co-pro Halloween party with Roadkill Records last year that we thought we might do it again. But we felt that we had outgrown a venue where the front row were kicked out for moshing. So we're off to The Shacklewell Arms this year to turn things up a notch. Expect prizes for the best fancy dress, our Darren and Roadkill's Chris DJing, and some pretty incredible live performances.

You might have seen our latest addition to the line up, Lara Smiles. We just premiered her music video for her single 'Zombie' and she just released her debut album on Wonky Pop. She combines electro pop with killer guitar lines, tribal drums and power-house vocals. As an opener, we're getting off to a pretty strong start.

Next up, dark synth duo Sex Cells will take the electro lead from Lara and gleefully run with it down a dank, dripping alley. Like children in a horror film. Their performances are beefy, their tongues are firmly in cheek, and their earnest sentiment is all in the right place. They're unique and intriguing. You won't be able to take your ears off them.

The first time I saw Strange Cages I was hypnotised. I said the fills were like watching Ginger Baker. They're electrifying, energetic and just plain old great. They'll be taking the evening into the depths of the seventies, with riffs, fills, flare and intensity. And did I mention the fills?

Halloween is our favourite time of year. Not just us, but our friends at Roadkill as well. We love these parties, we love Autumn and we love an excuse to dress up and get ghoulish. It's our favourite combination of camp and creepy. And finally, our headliners, Madonnatron embody this joy in the macabre perfectly. A force to be reckoned with, they are one of the most incredible, understatedly threatening bands out there at the moment. Continuing our theme of darkness and depth, their surfy psych garage is built on foundations of lyrical bravery and snarling live shows.

So let's just make this clear; fancy dress, prizes, drinks, death and dancing. And remember this is a Roadkill / Raw Meat night, so have fun or fuck off.

Artwork is, as always, by the amazing Jake Griffiths.