Those pesky racoons over at Roadkill Records are only bloody releasing a second compilation. And to get in the mood to celebrate, we're premiering Enemy of The People's contribution. 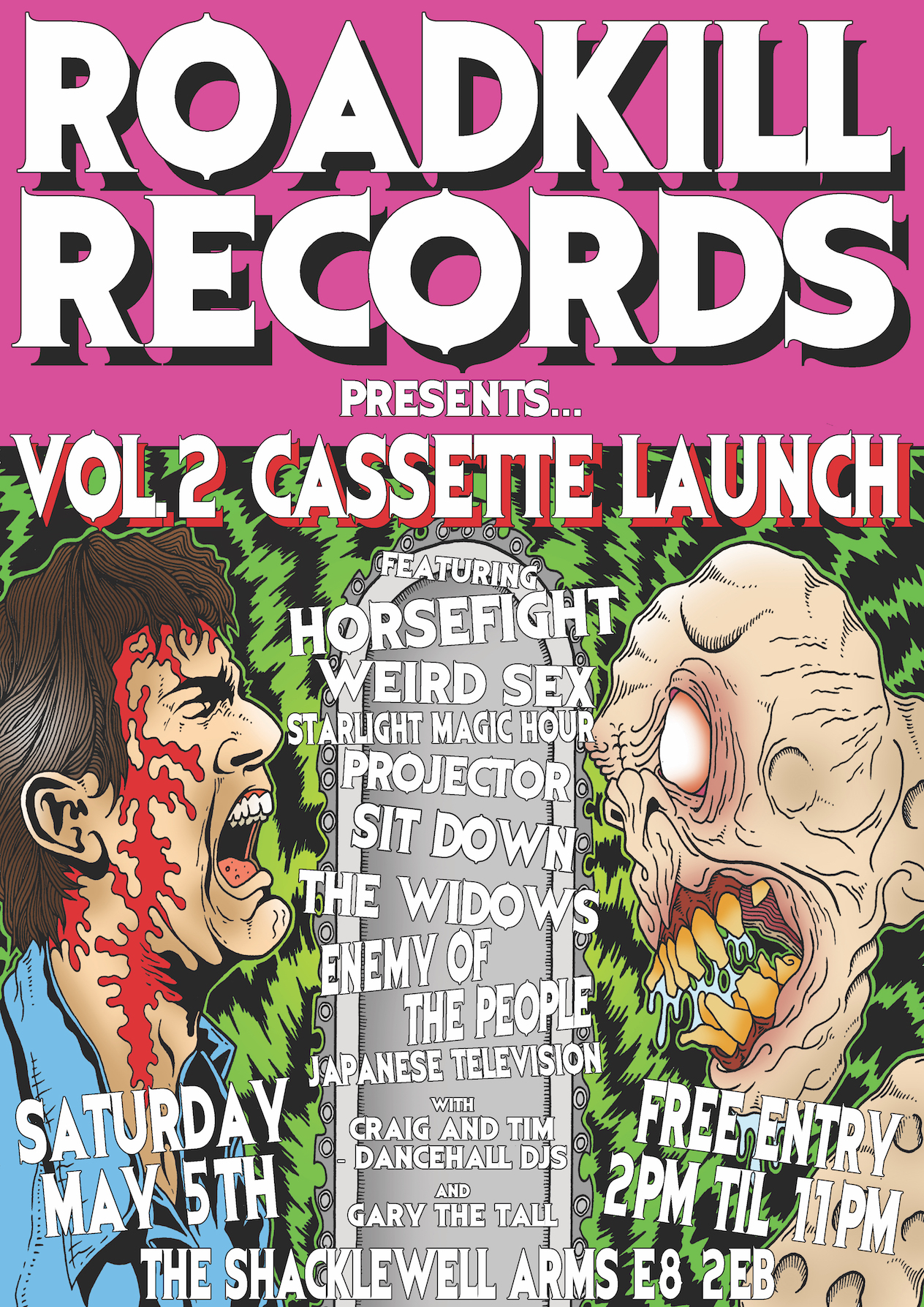 Those pesky racoons over at Roadkill Records are only bloody releasing a second compilation. And to get in the mood to celebrate, we're premiering Enemy of The People's contribution.

The Roadkill Records Volume 2 cassette (out 04/05/18) release is accompanied by an epic all-day launch party at The Shacklewell Arms in Dalston. And they've kindly given us an exclusive sneak peak of one of the tracks. Namely, Enemy of The People's gum-chewing, can-kicking track, 'Outer Space'. Produced by Dan Lucas at Anchor Baby Recording Company.

With its huge chorus, catchy melodies on both guitar and vocals, 'Outer Space' has all the characteristics of a Buzzcocks chart-topper. If the charts meant anything. And weren't terrified of the kind of tricksy drum flare that pours out of EOTP's Jake Griffiths.

Our dear friends at Roadkill Records are renowned for their home-grown focus on garage, surf and psych bands. And their latest compilation acts as a who's who of the scene they've gleefully laid eggs under the skin of.

The Roadkill Records Vol 2 launch party starts at 2pm and rolls on until late, featuring performances from Horsefight, Weird Sex, The Starlight Magic Hour, Projector, Sit Down, The Widows, Enemy Of The People and Japanese Television as well as Dancehall guest DJs and Gary The Tall. All totally free.